As I mentioned in my Oct 27 post about beef bones, while making the broth, I ended up with a fair amount of well boiled beef, which I thought we’d likely give to the dogs. However, the chef in the family saw it as Tex-Mex waiting to happen, especially since so many other flavors are present. She first doctored the meat with taco seasoning, chili powder and Rotel, which made it pretty decent. For dinner, she turned it into tacos using the usual ingredients. 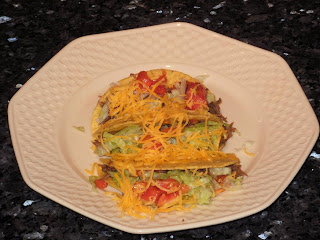 After dinner, she commented she could feel a special breakfast coming on, which usually means a burrito. She called when it was ready, in case I wanted a photo, and when I went to get it, I was surprised at the addition of a fried egg. 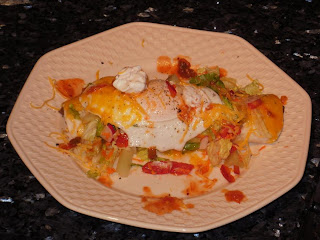 While I’ve eaten huervos rancheros on many occasions, this fried egg on a burrito is my first ever, and it wasn’t even my idea. I thought it was outstanding, although with so many flavors, I’m not sure I could tell the egg was there. Unfortunately, the meat is all gone or I’d request another one tomorrow.

It was predicted to be near freezing here night before last so we moved Bev's plants into the greenhouse for the winter - I'll use the other side for raising next years veggie plants. 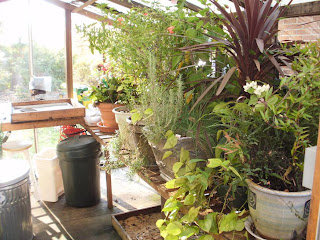 After 17 years of never getting around to putting in stained glass, I finally installed insulated glass in our two entranceway side lights.  At $3/gal for propane, it shouldn't take too long to get my money back.  I still have a little mess to clean up. 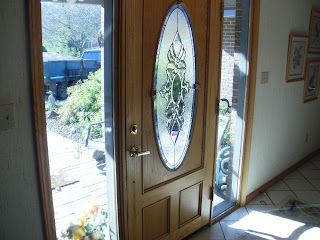 Finally, it was a bad weekend as a football fan, as my pathetic WVU Mountaineers lost to lowly UConn and while playing pretty good the Vols went down to South Carolina.  Oh well maybe next year - at least for the Vols, WVU needs a coach.  I may become a Bama or Auburn fan.