My Last Day In Marco

Daughter Wende had been house and dog sitting for us while we laid around in Marco, but she had to make a business trip Monday night. Since there was a low cost direct flight from Ft. Myers to Knoxville, I decided to just fly home to relieve her - I was beached-out by then anyway. Bev had been wanting to try stone crabs, whose season just opened on Oct 15, and we wanted to eat at one of our regular stops – The Old Marco Lodge, so that was the dinner choice for my final evening. I’d been getting some sunsets, so here’s a couple of late afternoon shots as we headed out to dinner. 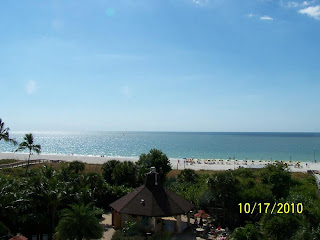 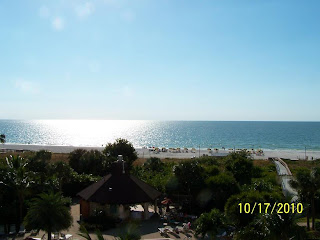 The restaurant is right on the water down in Goodland (among the 10,000 Islands) and has some nice scenery – here’s a couple of pre-dinner shots - Bev left, her sister Pat right. 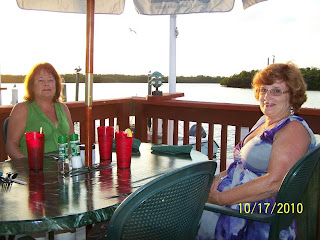 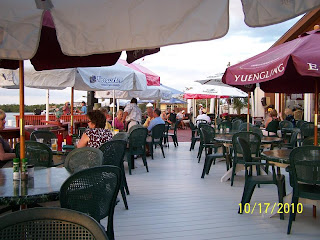 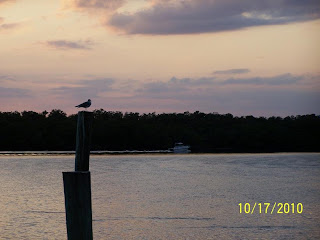 They’ve added a band area since last year and provide live music on Fri, Sat, and Sun afternoon and they were still playing while we ate - that's Pat's back on the far right. 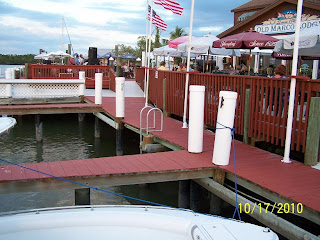 Bev had the stone crabs, which I forgot a shot of, and since it was my last meal there, I opted for the broiled seafood platter – haven’t had one in years as they are usually fried. 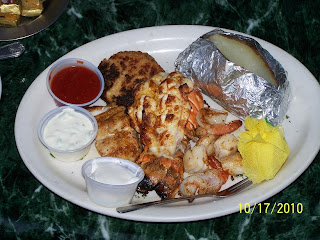 Mine was all pretty good, but we both decided the stone crabs were over hyped and with a very mild flavor – king crab remains our favorite.

If you’ve been reading about the whole trip, you’ll not be surprised that I decided to stop by Hoot’s for lunch on our way to the airport. I forgot my camera, but had a tilapia sandwich, which came on a large round bun with a much larger piece of fish protruding all around it. It was a delicious end to my Marco meals for this trip.

I’m a worrier when it comes to flying – had to many bad experiences I guess – so I try to allow plenty of time to get to the airport and did so for the flight home. When I booked the flight, it said it was from Ft. Myers to Knoxville, but I showed up at the Ft. Myers airport to discover that Allegiant actually flew out of the Charlotte County Airport about 30 miles north – crap says I. Fortunately I was already checked in, had my boarding pass, and was going to be at the original airport 1 ½ hours early and therefore had time to drive up the road to the right place – which I didn’t even know existed. Just another high anxiety flying experience to increase my reluctance to do it.

But I got home safe and sound to the ecstatic welcome of the puppies.