Last week, we made a trip to the Englewood Mennonite Farmers Market to pick up corn and potatoes for our Low Country Boil and as you might imagine, we loaded up for our personal use as well.  For tonight’s meal, the veggies all came from the market and to make it truly southern, all but the tomatoes were fried with the following menu:

- Sliced okra, rolled in cornmeal and flour, and fried in Crisco – a must.
- Bi-color corn, cut from the cob, and cooked in butter.
- New potatoes, washed, parboiled, and browned in butter
- Sliced vine ripened tomatoes
- Cottage cheese for those who wanted it
- S&P on everything as the only spices 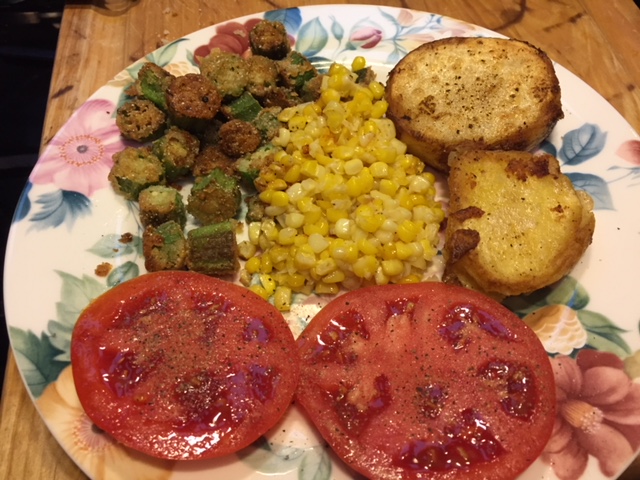 It was all outstanding and Cindy, who had not had anything but the tomatoes before tonight, raved about it – I did my raving by quietly getting seconds J  The fresh corn was very sweet, the potatoes were extra creamy, the okra was tender, and the tomatoes were as good as they can be so we ate all of everything but the potatoes – no dessert required tonight.  I know all of this fried food should not be eaten often, but you really should become a Southener and give this meal a try.

No pics but as you might guess, the next morning the leftover potatoes were added to some fried onions and peppers then topped with some hot pepper cheese and a couple of fried eggs for a delicious breakfast.

On Wednesday, we drove down to Calhoun’s At The Marina for their buffet lunch followed by the clubs annual business meeting.  I’ve found this restaurant to be hit-and-miss over the years but I believe their buffet is always very good.  Here are a couple of shots from the web of the back and the front and our group arriving. 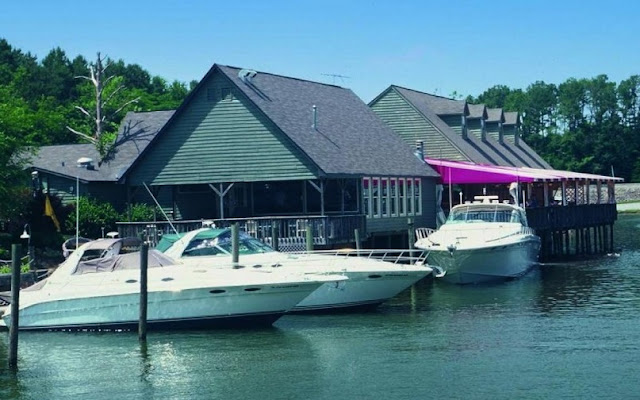 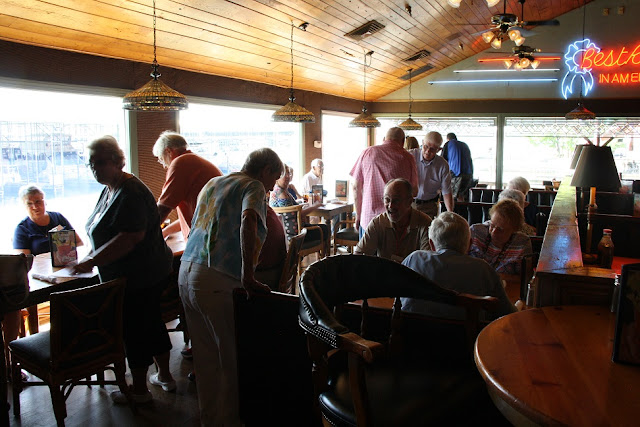 We began our first full rally day with an early lunch at Donna’s Old Town Café about 10 miles down the road in Madisonville where I went with the buffet and thought the fried chicken and the fish were both very good. 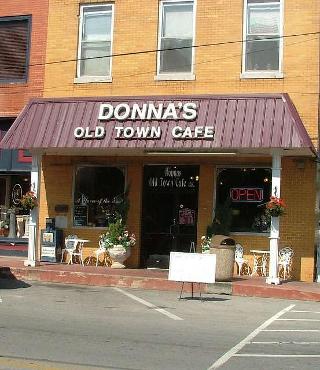 As the Wagon Master (trip coordinator) for our Tennessee Travelers FMCA Chapter, I’m always well pleased when one of our members volunteers to host a rally (Rally Master) and when the Lusk’s volunteered for June, I jumped at the offer.  After a little discussion we thought that Toqua Campground in Vonore, TN would be a good location as the attendees would be there for the short drive to our annual meeting on Wednesday.  The Lusk’s are very familiar with the area so many good events had been planned. 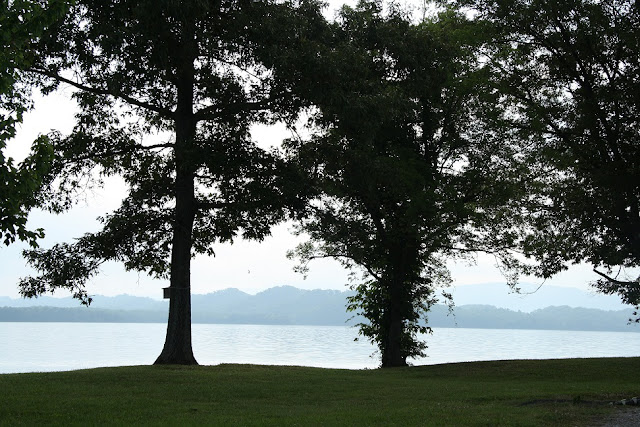 Here’s hoping all you Dad’s out there have a terrific day. 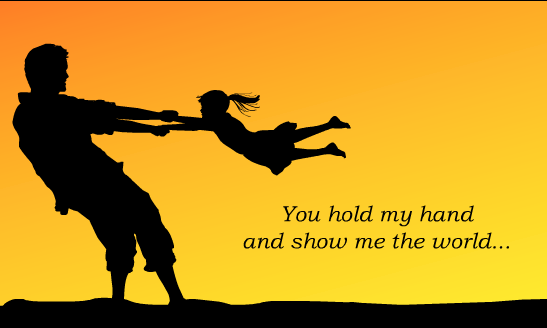 According to their local newspaper and Wikipedia - "After Anna Jarvis' successful promotion of Mother's Day in Grafton, West Virginia, the first observance of a "Father's Day" was held on July 5, 1908, in Fairmont, West Virginia, in the Williams Memorial Methodist Episcopal Church South, now known as Central United Methodist Church.  Grace Golden Clayton was mourning the loss of her father, when in December 1907, the Monongah Mining Disaster in nearby Monongah killed 361 men, 250 of them fathers, leaving around a thousand fatherless children. Clayton suggested that her pastor Robert Thomas Webb honor all those fathers."

Fairmont is my hometown and if I ever knew this I had forgotten.

I’ve posted before that I am not a fan of specialty kitchen gadgets and as I walked into the room recently there was a commercial on TV for an air fryer so I watched a couple of minutes.  Then, I went online to do a little research on them and discovered they work by having a fan circulate hot air around the food. 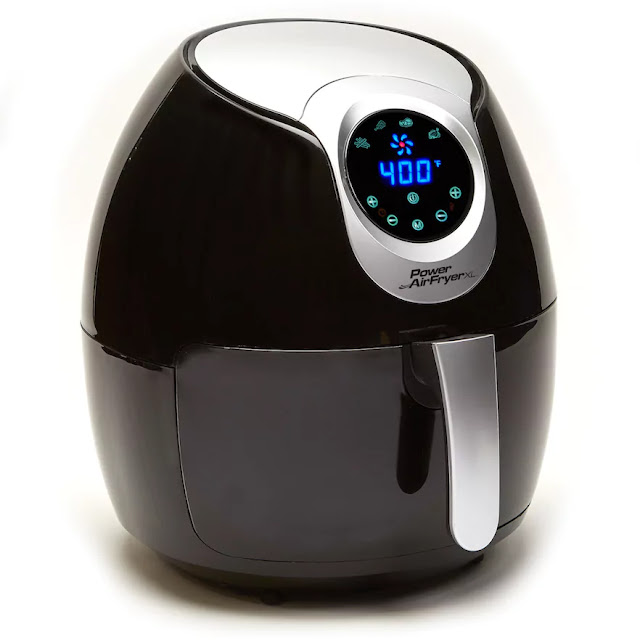 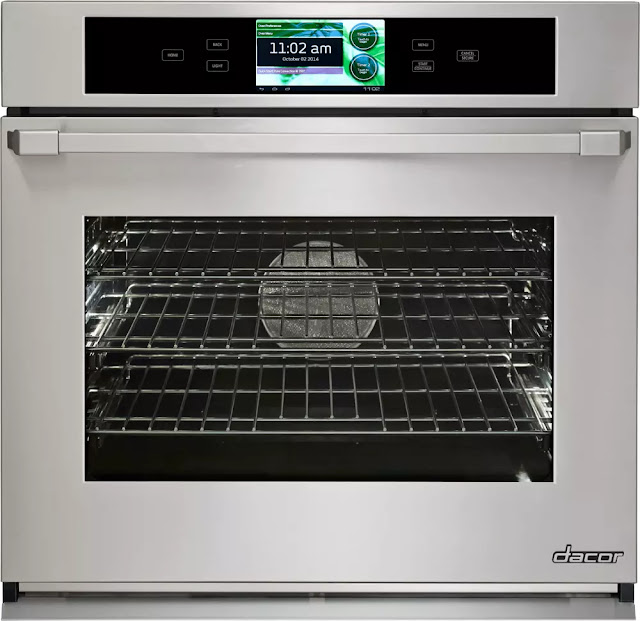 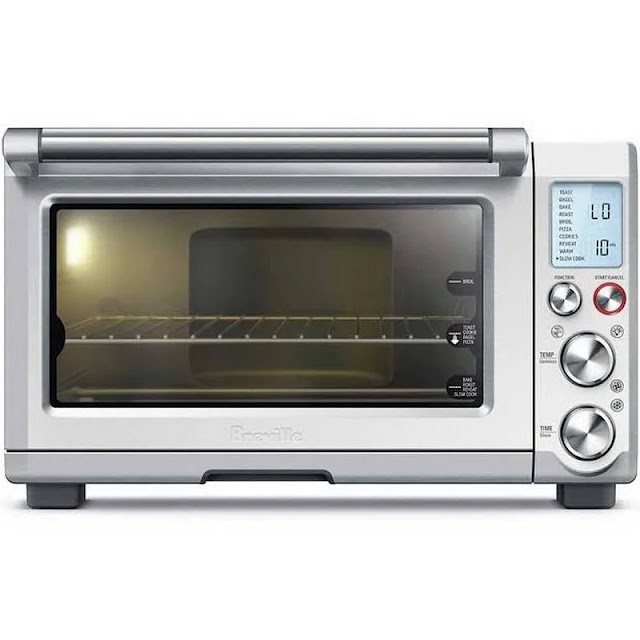 Also, I continue to be concerned about the degradation of the English language and it’s no wonder we have communication issues as the meaning of words keeps changing (and this doesn't even count the new text shorthand).  In my younger days when mom said we were having fried potatoes, I knew they would be cooked in a pan (usually cast iron) with some type of fat (usually bacon) and I never had to ask if they were to be cooked in the oven or in the air fryer.  Per Webster – fried: to cook in a pan or on a griddle over heat especially with the use of fat.

So when you read about a dish coming from Almost Heaven South, you can usually assume the following:

Fried – in a pan with fat
Baked – in an oven
Nuked – in a microwave
Griddled – on the flat griddle
Grilled – over an open flame device (gas, charcoal, wood)

But wait, there are obviously some exceptions such as a grilled cheese sandwich which is cooked on the griddle or in a skillet and to make it more confusing, as a kid, we called them toasted cheese sandwiches even though they were cooked in a pan and not the toaster.  So if everyone will just start calling them fried cheese sandwiches I think all will be fine.  Hopefully this brought a little grin to your face.J

Even though I haven’t been gardening lately, we are still spoiled when it comes to vegetables and will try to find good fresh ones, so today we made the 60 mile round trip to the farmers market run by the Englewood Mennonite Community and we came home with a car load. 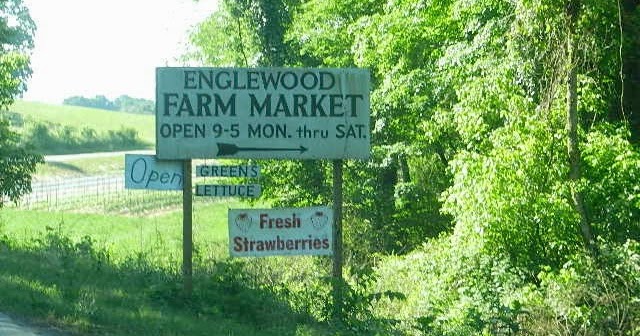 It was time for fish and while freezer diving, I found a piece of tuna for Cindy and a package of snapper for the rest of us, both from our trip to the Florida panhandle last winter.

For the snapper, I used the following Bobby Flay recipe for Snapper Veracruz and followed it as written except we only had three pieces of fish and I cooked the sauce to nearly done before grilling the fish.