Crappie with Shrimp in a Lemon Scampi Sauce

We really like scampi sauce, I was ready for some fish, and we had plenty of frozen crappie, so the recipe for Black Sea Bass with Shrimpin a Lemon Scampi Sauce from Chef Dennis on his “Ask Chef Dennis” blog seemed to be a perfect fit.  Since Bev is not a fan of baked fish, I gave ours a quick pan fry and kept it warm in the toaster oven while I made the sauce.  Other than that, I doubled the recipe to get the one below.  You can click on the above link for the original recipe and some pics of the Chef’s dish. 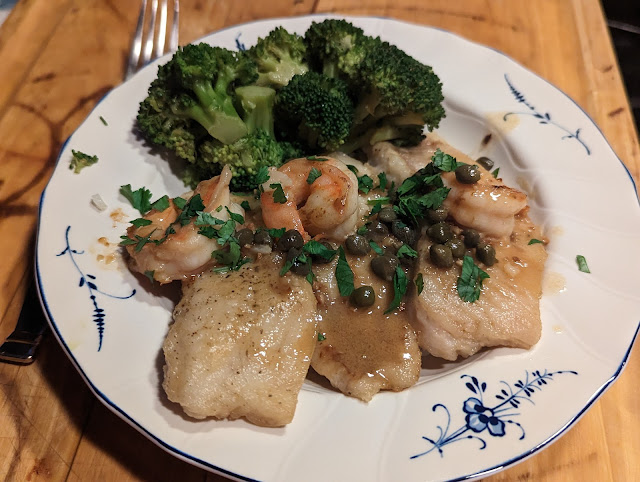 American Goulash, not to be confused with dishes with a similar name from Europe as the latter is usually a meaty stew whereas the American version is basically macaroni in a tomato meat sauce.  I don’t recall ever making the American version but it has been on my radar for a pretty long time. 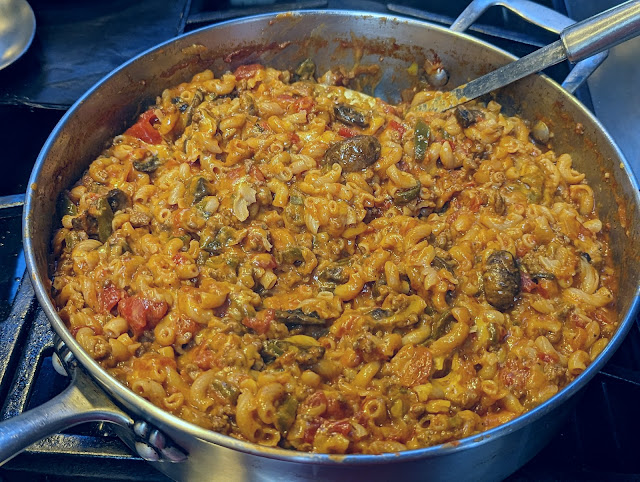 For out Friday card night, I like to make meals that are quickly cooked or can cook while we play and this one was the latter.  It also met three other criteria – gluten free, Mexican that we all like, and from one of my favorite meal sources.  The recipe for Mexican Casserole with GroundBeef and Corn Tortillas came from Chef Lea Ann on her “Cooking On The Ranch” blog.  I made it per the recipe except as shown in ( ). 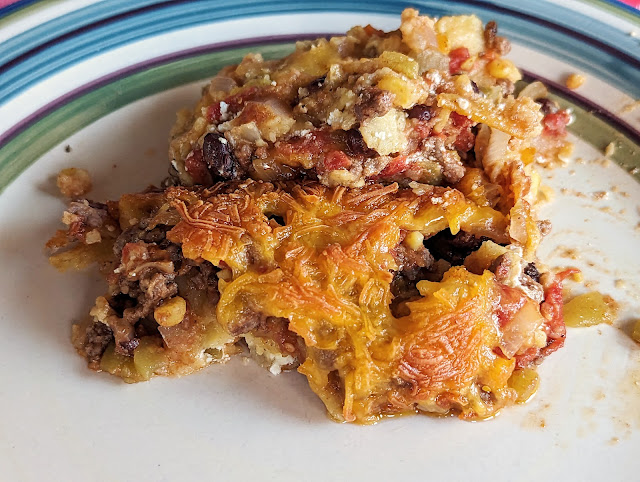 When I saw the photos and recipe for Balsamic Steak Bitesand Gnocchi Skillet Dinner on Debbie’s “A Feast For The Eyes” blog, I knew it had to be tried soon.  I followed the recipe with two changes – I used pasta as Bev doesn’t like gnocchi and I used the 1¼ pounds of beef tenderloin trimmings we had in the freezer.  Click on the link above for Debbie’s original recipe and some great finished and how-to pics.  I just took a few because hers look much better. 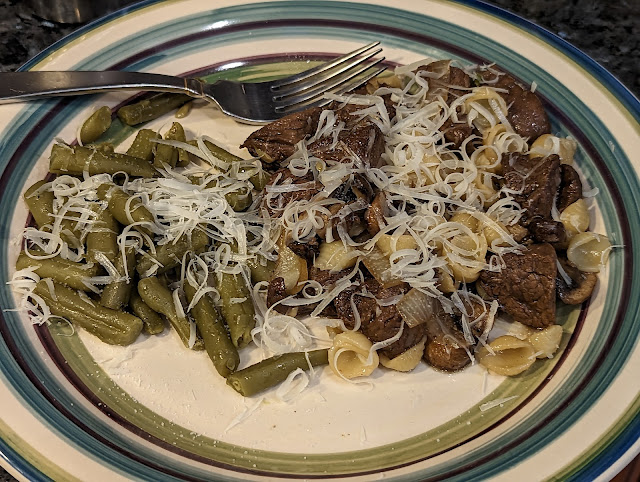 Be sure to read the verdict below.

Bev loves to have vegetable soup when it’s cold so with temps in the low 40's, it was on the menu for our Friday get together.  When she went to the store, I asked Bev to get a four-pound chuck roast but somehow she ended up with a 1½ lb. London broil (we’re old you know).  Since that was not enough meat for our soup recipe, she went freezer diving and came up with a 2¼ lb. chuck roast that we had marinated some time ago and the only beef broth she found was a quart of 2012 brisket broth.  I did a taste test and it was still fine.  I used the go-to soup recipe that I had developed recently but adjusted for what we had. 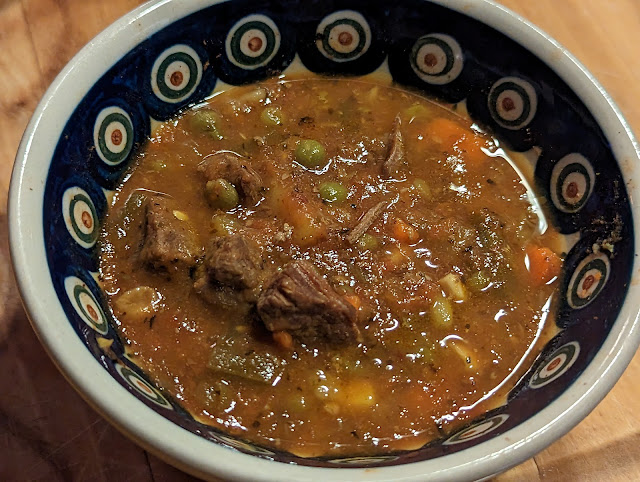 We had a good-sized container of steamed broccoli left over from another meal and rather than just reheat it to eat, I went in search of a recipe to use it for breakfast.  I found several omelets and frittatas and since I’m a fan of all things Mediterranean, I settled on the recipe for Mediterranean Broccoli & Cheese Omelet  from “Taste of Home” magazine.  I added some onion, chicken, and cheddar cheese to get the recipe below. 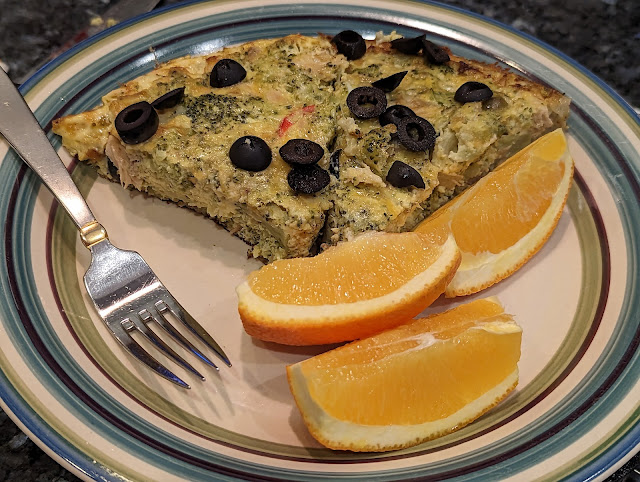 Chinese Meal Ala Ashley, Charcuterie Board, Spam Hash, Our RV

Bev wanted to make pasta with Ashley, one of our surprise Christmas day guests, and Ashley wanted to incorporate it into a Chinese dish to cook for us.  She roasted some of the pasta and boiled some then served the combo under a delicious stir fry of chicken, beef, broccoli, and typical items for these dishes. 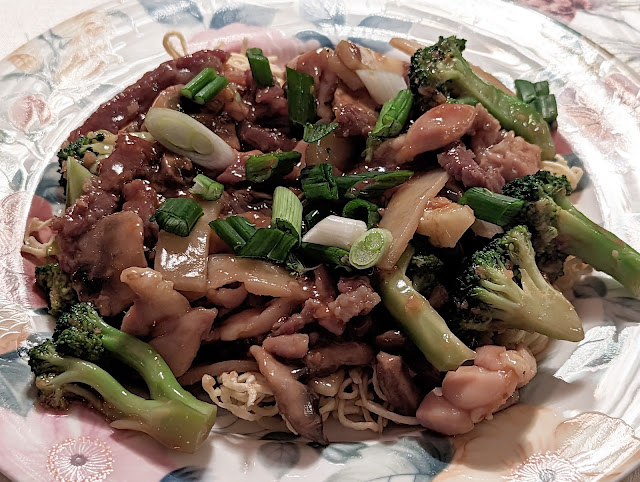 I’d shown Kathy’s charcuterie board previously but for New Year’s Eve, Wende had to use the counter top for hers. 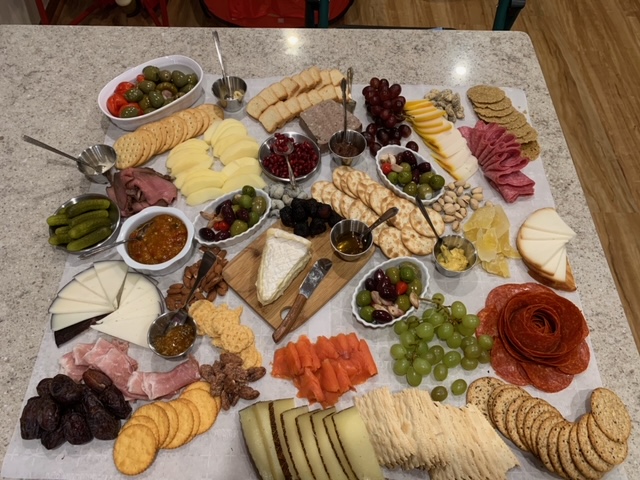 We had some cooked potatoes left from two previous meals and a can of Spam that had been sitting in the pantry for a while so we decided to turn them into hash for breakfast.  I just diced everything, medium, and fried in oil to crisp up, then plated and topped with a couple of sunny side-up eggs for a delicious breakfast. 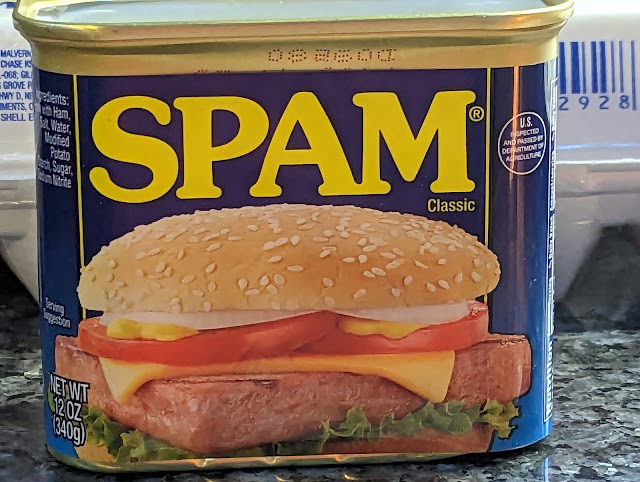 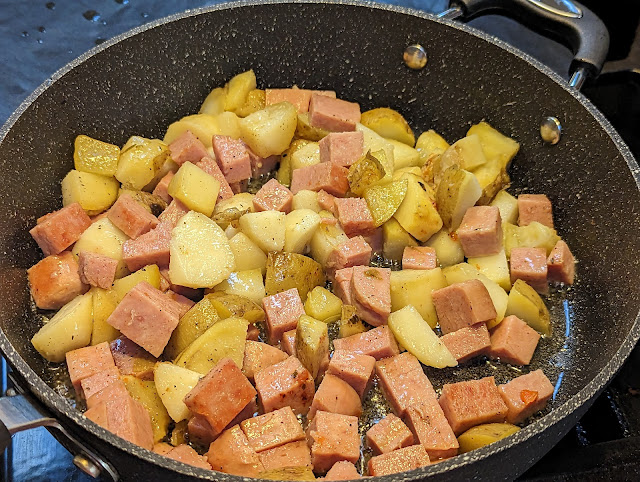 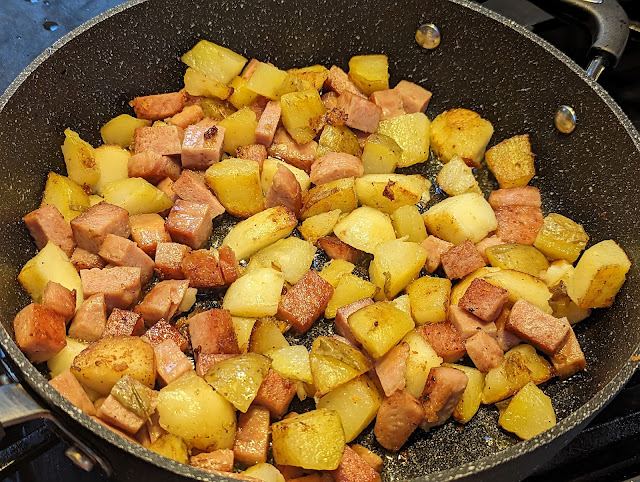 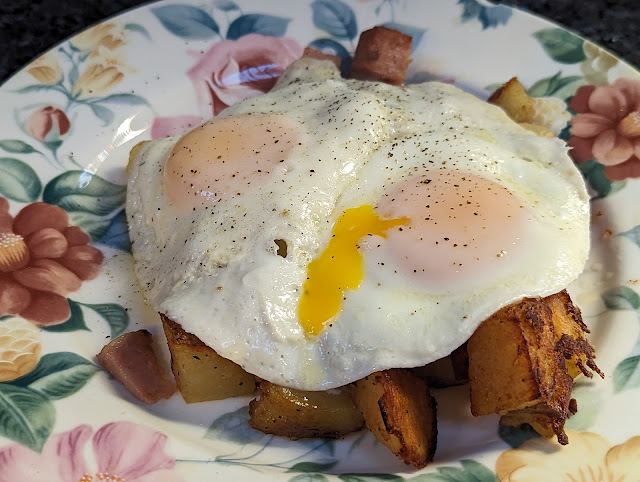 I would normally have added some peppers and onions to the hash but I wanted to judge the taste with just potatoes and meat.  This was my first ever spam hash but I will make it again.  I had originally bought the Spam (Hormel) to recapture some of my childhood where canned meat sandwiches were often on the lunch menu, except Mom always bought Treet (Armor) which I assume was cheaper. Now, I have Spam on the grocery list to use with our next batch of homemade bread for a fried Spam, cheese, and mayo sandwich, circa 1950’s.

Finally, when our motorhome stranded us along the roadside back in October, Bev said she would not give it another change to strand us and wanted to sell it.  After engine repairs and a full chassis servicing, it has been sitting peacefully in the driveway awaiting it’s fate. 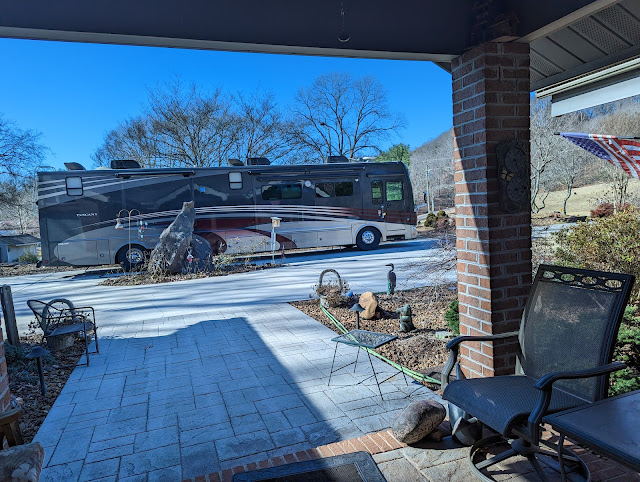 With the time to begin making reservations at hand, a decision was required and Bev has agreed to give the ole girl one more change since we spent so much on her, so I’ll soon have some trips to report on and hopefully with good outcomes.