After seeing several of your recent dishes, I was in the mood for pasta but we had some chicken breasts Bev wanted to use so she suggested Chicken Parmesan – great compromise.

She had six chicken breasts (giant as usual) so I trimmed them up and pounded the big end a little to make them cook more evenly.

I wanted to use a buttermilk marinade but we had none so I improvised:

We had just resolved a self-induced RV issue and I wanted to hang around the coach to be sure, so I missed the trip over to Cedar Key – I would have spent the day worrying.  Bev described it as a quaint seaside town and she kept expecting Jessica Fletcher (Murder, She Wrote) to wander by at any time.

Cedar Key located about 50 miles west of Ocala, lies a couple of miles from the mainland and has a population of around 700.  Once an old fashioned fishing village, it is now a popular tourists attraction, and the current aquaculture is devoted to farming clams.  Since I didn’t make the trip, I didn’t get any photos so I lifted these from the web. 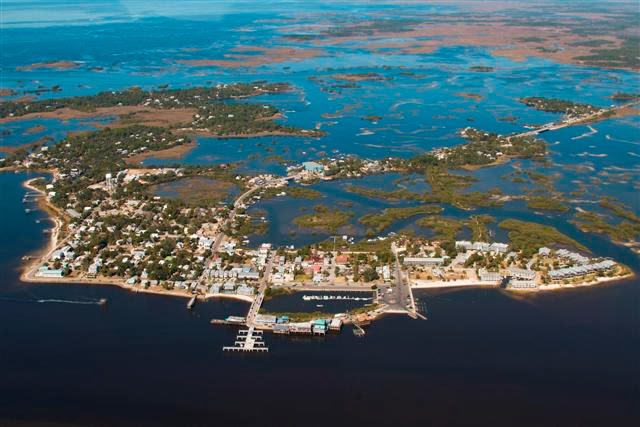 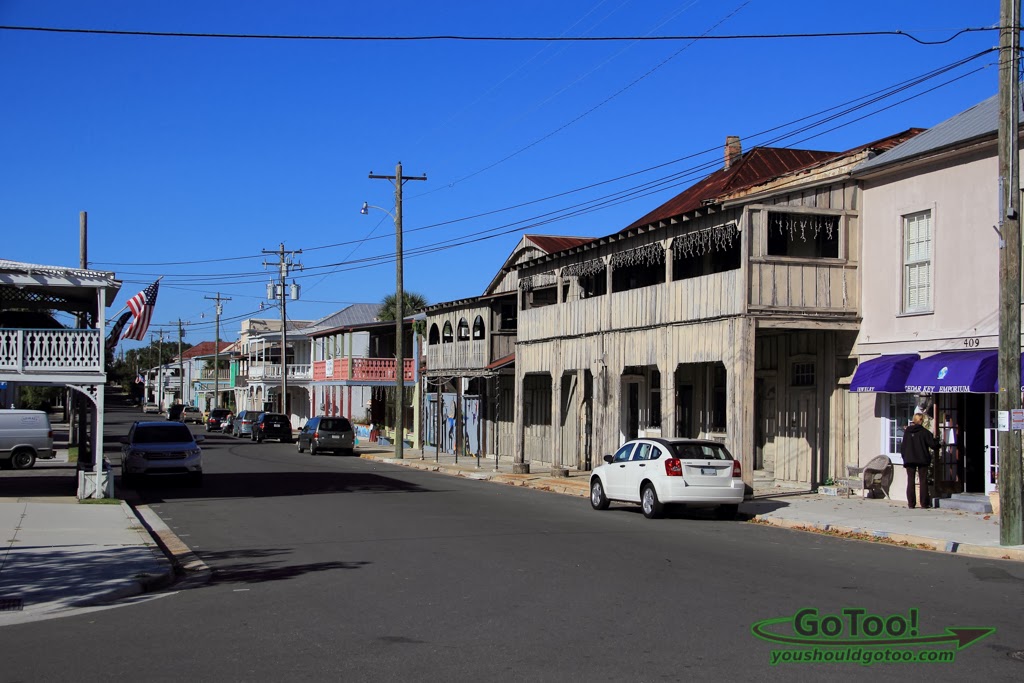 During the winter, manatees can be seen in many Florida locations where the water is warm and this is especially true where there are natural springs.  Since we were camped less than an hours drive from Crystal River, FL, we decided to have a look.

Crystal River National Wildlife Refuge is the last unspoiled and undeveloped habitat in Kings Bay, the headwaters of the Crystal River, and is critical for protection of the West Indian Manatee. The 30 known springs in all of Kings Bay are pumping out 6-10 million gallons of constant 72 degree Fahrenheit water per day to provide essential warm water refuge for the manatees that congregate there in the winter months.  This is a look upstream and downstream from the bridge we were on. 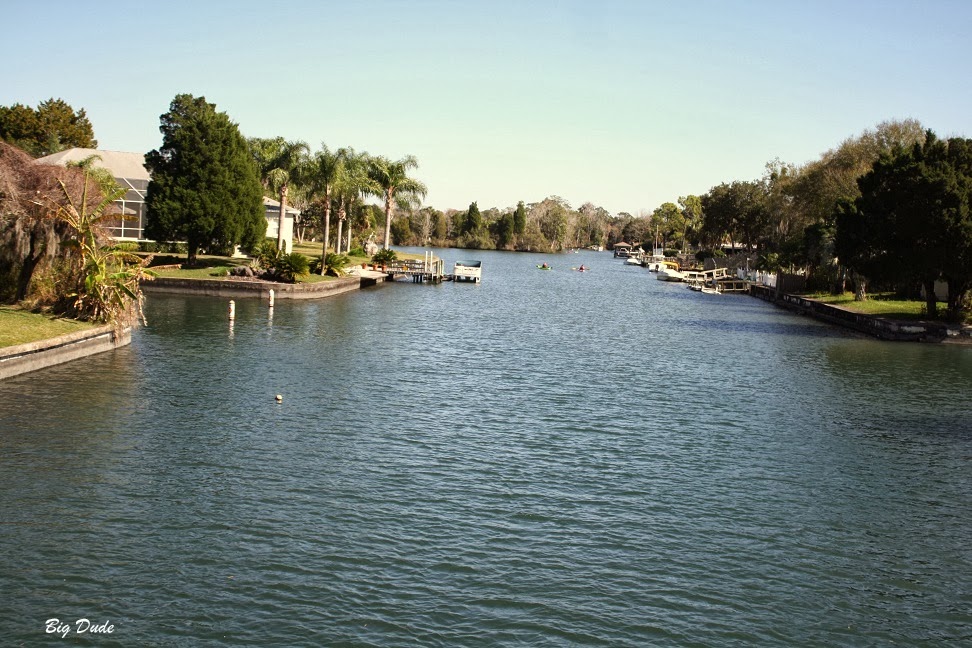 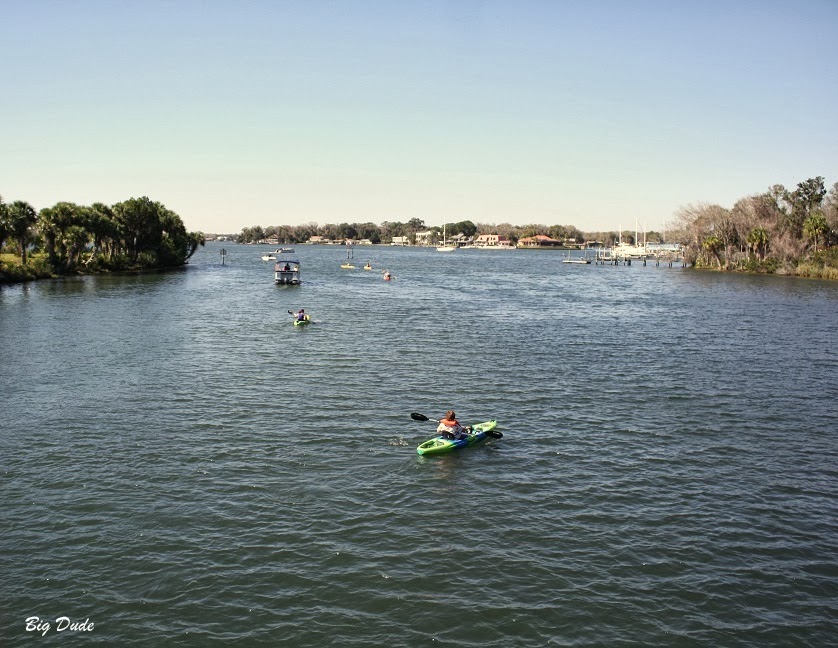 Greetings Fellow Bloggers – I am happy to announce that the 5th rendition of our annual blogger party will be held at Almost Heaven South on either June 7 or 8.  Chris (Nibble Me This) and I still have the final date and theme to work out but wanted to tell you the possible dates in hopes you would pencil it in on your calendar.  We would appreciate if you would mention it on your blogs as well so more people will be aware of the event.  More details will come out in March and as always, all bloggers are welcome.

Following are a few shots from last year. 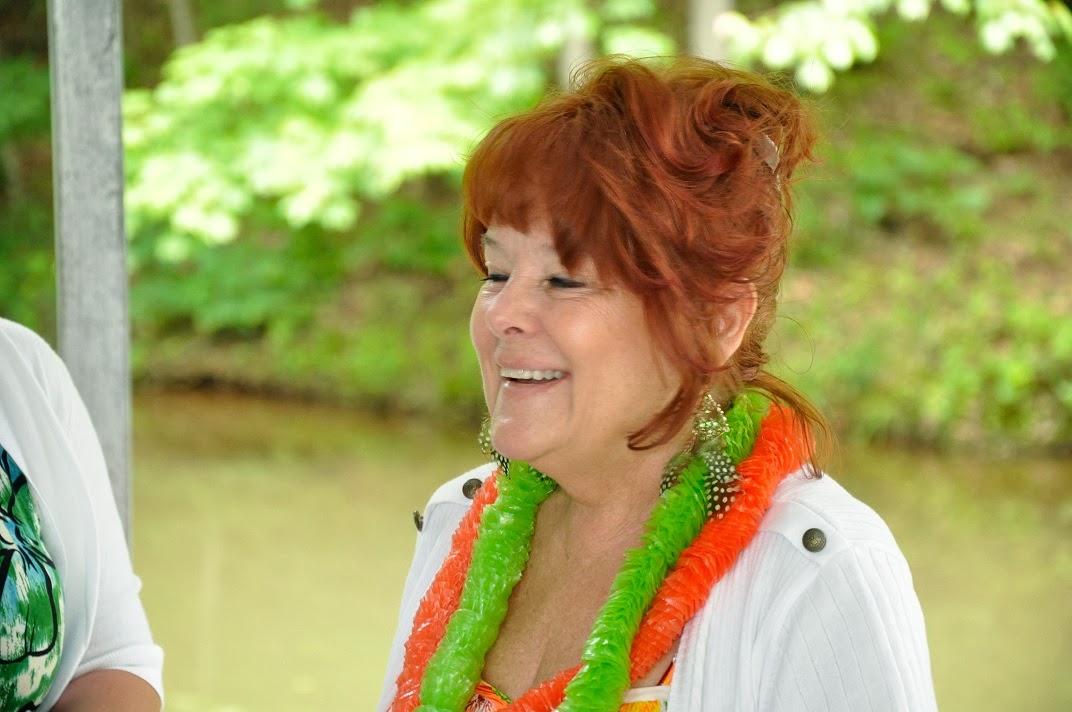 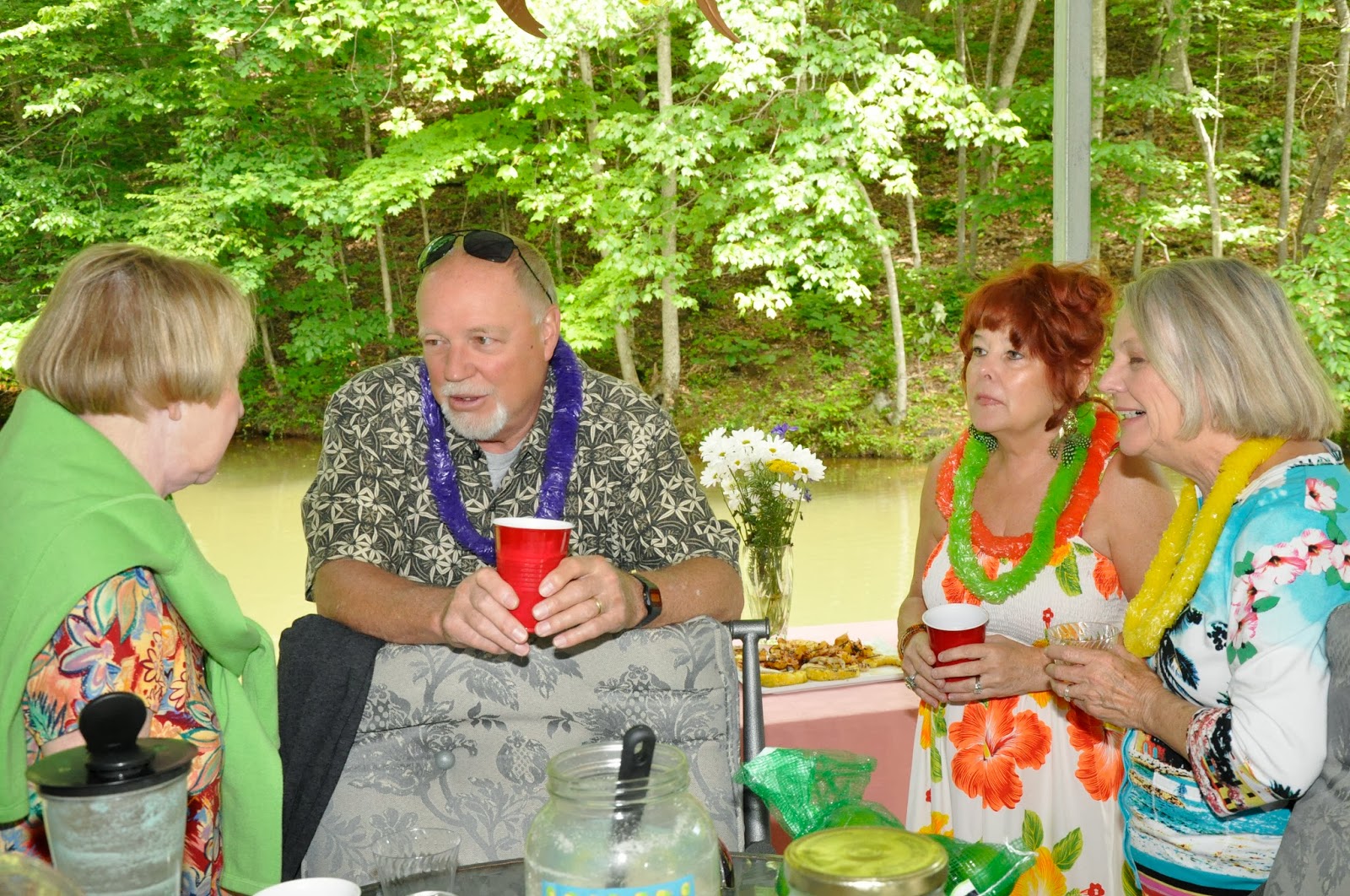 I really like it when we travel and just stumble into a special event and this happened during our stay in Williston.  If you know Florida, you know the area around Ocala is horse country and it’s very evident driving along I-75.  There are 600 horse farms in Marion County alone.

We decided to devote our first day getting familiar with the area and less than ten miles down the road we came upon HITS (Horseshow In The Sun), which is billed as the Triple Crown of Show Jumping, with events in Thermal, CA & Saugerties, NY in addition to Ocala. 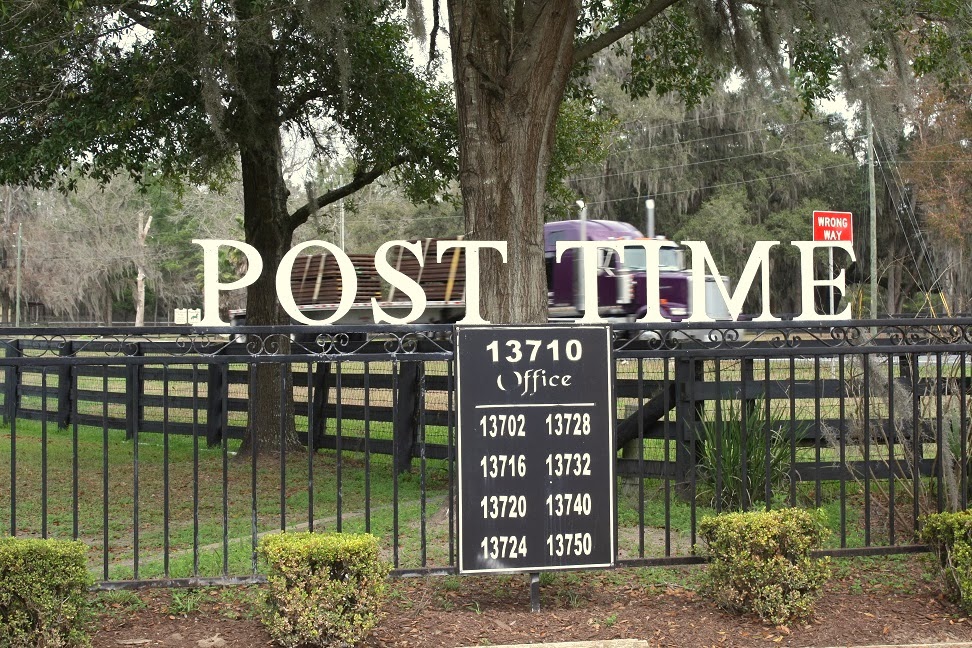 Our original plan for the Florida trip was to go south for a month and come home, but after checking out the Greenback weather, we decided to stay in Florida another week, but moved 200 miles closer to home – it’s made the two day drive home much easier.

We left the familiar surroundings and new folks we had met at Waters Edge RV Park and moved to Williston Crossing RV Park.  As it turned out, they were offering a half price special on the pull-thru sites in their newer area so we got an added bonus.

The campground is about 6 blocks from downtown Williston and when completed will have about 555 sites – they have around 400 now.  This the original entrance from NE 5th St. into the original part of the park and some of the sites there. 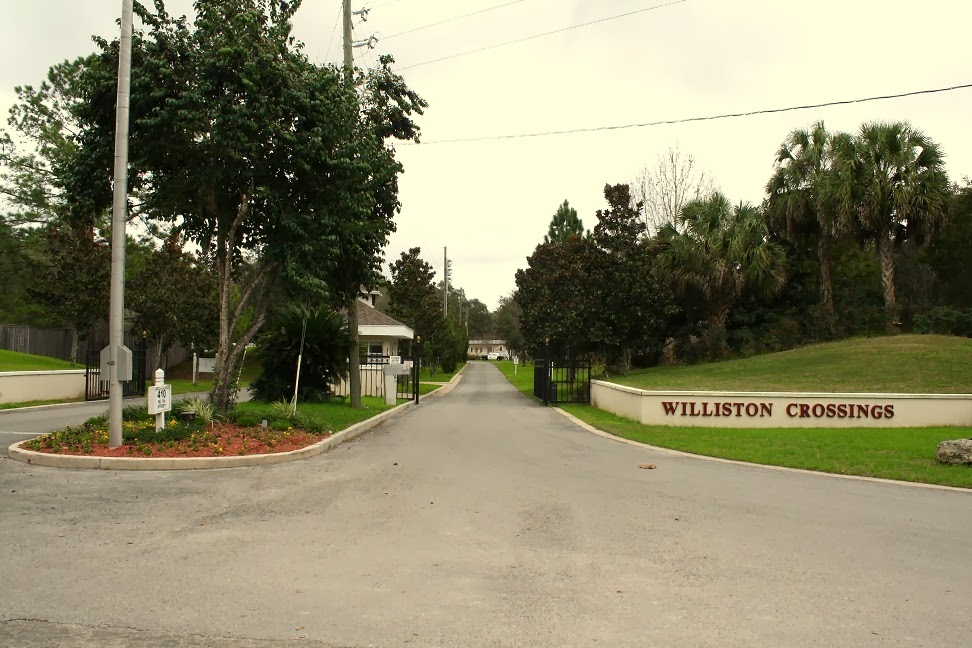 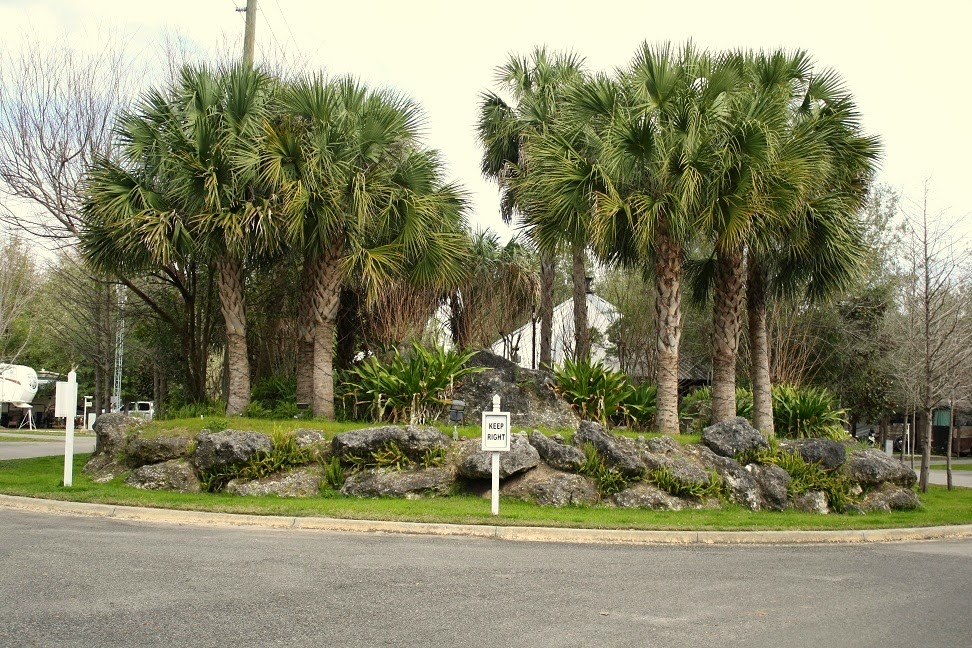 We had previously driven around the outside of the lake and I did a blog post but one of the things we wanted to do while staying at Okeechobee was go for a little ride on the lake and our friends Nancy and Ronnie were happy to oblige.  They have a deck boat that is really just a fish harvesting machine (more later) but it worked well for our little tour. 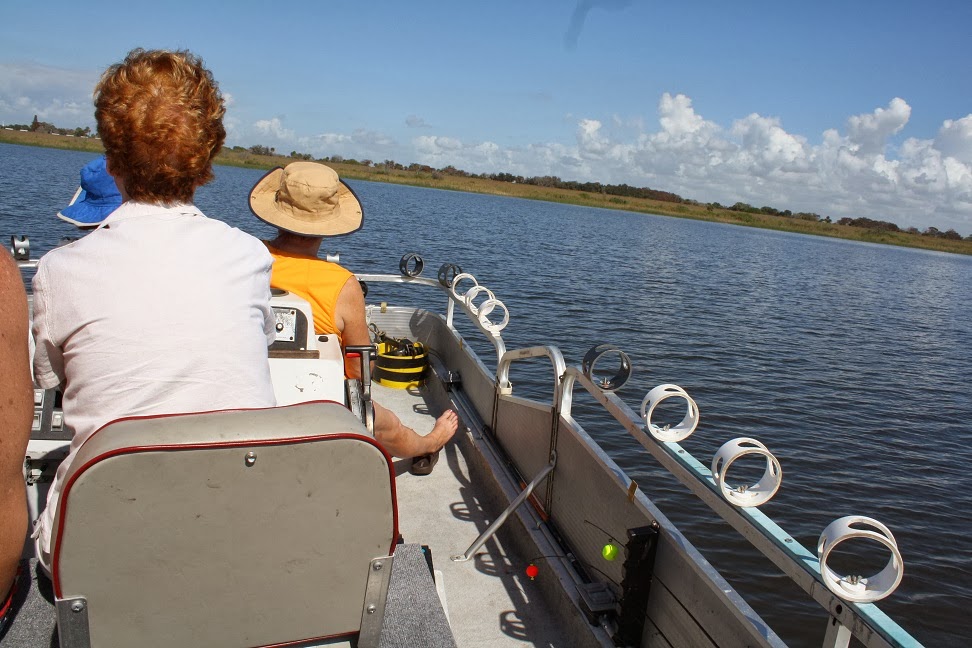 Since our musician was leaving on Sunday morning, Gabe, and his wife Tammy singing harmony, entertained us one last time around the pool the evening before the big game. 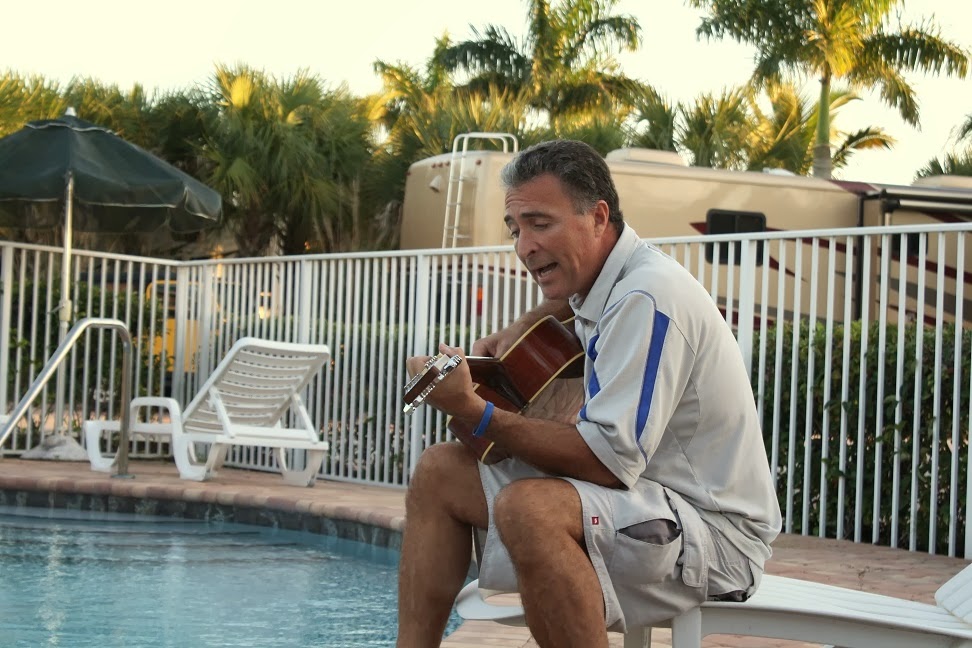 Salmon Pasta with Sun-Dried Tomatoes is the title of the cdkitchen recipe we started with but we changed it enough to make the title of different. 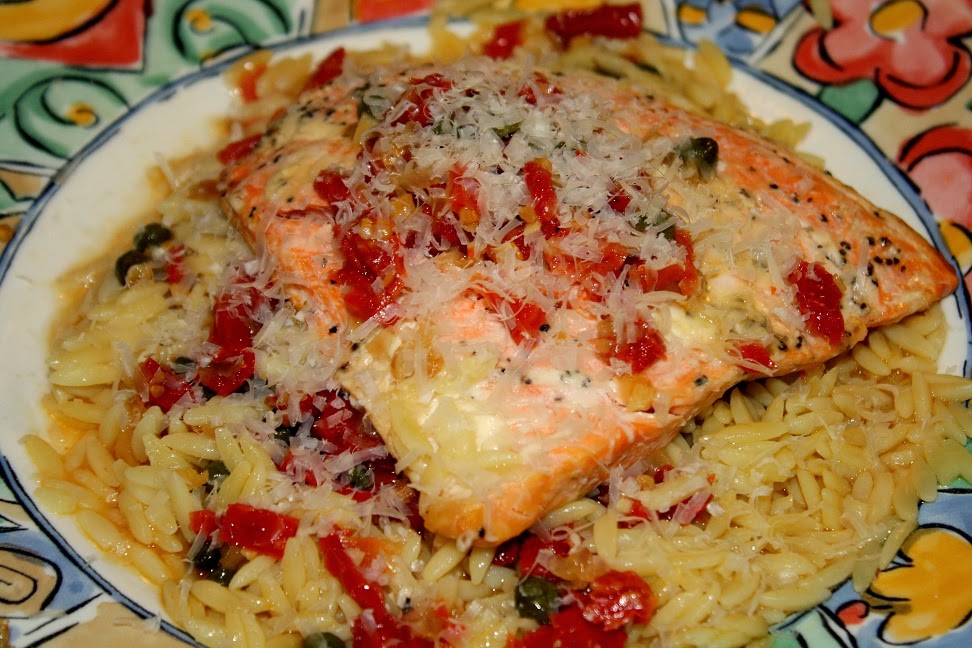 THE MORE YOU READ THE FUNNIER IT GETS......COULDN'T DECIDE WHETHER TO LAUGH OR CRY.

My same aged friend Ron sent this to me and I decided to post it as you older folks will appreciate it and you youngins will have something to look forward to.

"$5.37!
That's what the kid behind the counter at Taco Bell said to me.  I dug into my pocket and pulled out some lint and two dimes and something that used to be a Jolly Rancher.  Having already handed the kid a five-spot, I started to head back out to the truck to grab some change when the kid with the Elmo hairdo said the hardest thing anyone has ever said to me.
He said, "It's OK. I'll just give you the senior citizen discount."  I turned to see who he was talking to and then heard the sound of change hitting the counter in front of me.  Only $4.68" he said cheerfully.

I stood there stupefied.  I am 56, not even 60 yet?  A mere child!  Senior citizen?  I took my burrito and walked out to the truck wondering what was wrong with Elmo.  Was he blind?

As I sat in the truck, my blood began to boil.  Old?  Me?  I'll show him, I thought.  I opened the door and headed back inside. I strode to the counter, and there he was waiting with a smile.
Before I could say a word, he held up something and jingled it in front of me, like I could be that easily distracted!  What am I now?  A toddler?

"Dude! Can't get too far without your car keys, eh?"  I stared with utter disdain at the keys.  I began to rationalize in my mind!  "Leaving keys behind hardly makes a man elderly!  It could happen to anyone!"

I turned and headed back to the truck.  I slipped the key into the ignition, but it wouldn't turn.  What now?  I checked my keys and tried another.  Still nothing.  That's when I noticed the purple beads hanging from my rear view mirror.  I had no purple beads hanging from my rear view mirror.  Then, a few other objects came into focus: The car seat in the back seat.  Happy Meal toys spread all over the floorboard.  A partially eaten dough nut on the dashboard.  Faster than you can say ginkgo biloba, I flew out of the alien vehicle.

Moments later I was speeding out of the parking lot, relieved to finally be leaving this nightmarish stop in my life.  That is when I felt it, deep in the bowels of my stomach: hunger!  My stomach growled and churned, and I reached to grab my burrito, only it was nowhere to be found.  I swung the truck around, gathered my courage, and strode back into the restaurant one final time.

There Elmo stood, draped in youth and black nail polish.  All I could think was, "What is the world coming to?"  All I could say was, "Did I leave my food and drink in here"?  At this point I was ready to ask a Boy Scout to help me back to my vehicle, and then go straight home and apply for Social Security benefits.  Elmo had no clue.

I walked back out to the truck, and suddenly a young lad came up and tugged on my jeans to get my attention.  He was holding up a drink and a bag.  His mother explained, "I think you left this in my truck by mistake."  I took the food and drink from the little boy and sheepishly apologized.  She offered these kind words: "It's OK. My grandfather does stuff like this all the time."

All of this is to explain how I got a ticket doing 85 in a 40 mph zone.  Yessss, I was racing some punk kid in a Toyota Prius.  And no, I told the officer, I'm not too old to be driving this fast.

As I walked in the front door, my wife met me halfway down the hall.  I handed her a bag of cold food and a $300 speeding ticket.  I promptly sat in my rocking chair and covered up my legs with a blankey.  The good news was that I had successfully found my way home.”

When Mary from Barefeet In The Kitchen posted here recipe for Spinach Artichoke Chicken, I knew it had to be tried soon and it was a easy meal for the RV trip – please check Mary’s site for the original recipe and photos.

I read the recipe and we bought the ingredients we needed, but I mis-read the recipe a couple of times so we adapted for that plus I had a desire to grill the chicken - we're camping you know.

Sometimes it’s really funny how things work out in life.  Our friends, Ron and Nancy, provide us with all of the cleaned and frozen crappie that we can eat by fishing at home on Tellico Lake and here on Lake Okeechobee during the winter.

Probably our favorite way to eat crappie is lightly floured, pan fried and served with lemon butter, caper, sauce and we’d been discussing having them over to try it since about mid-summer.  We never got around to it until this meal here in south Florida – bear in mind they live about ½ mile from us at home and we had to come 725 miles to finally make it happen.

While sitting around the campfire, someone suggested we should have a get together for the whole campground and a quick plan was developed, arrangements were made, and invites were handed out.

We labeled it a pot luck supper with music with the intention of holding it outside at the Tiki-Hut but the weather forced us into the club house. 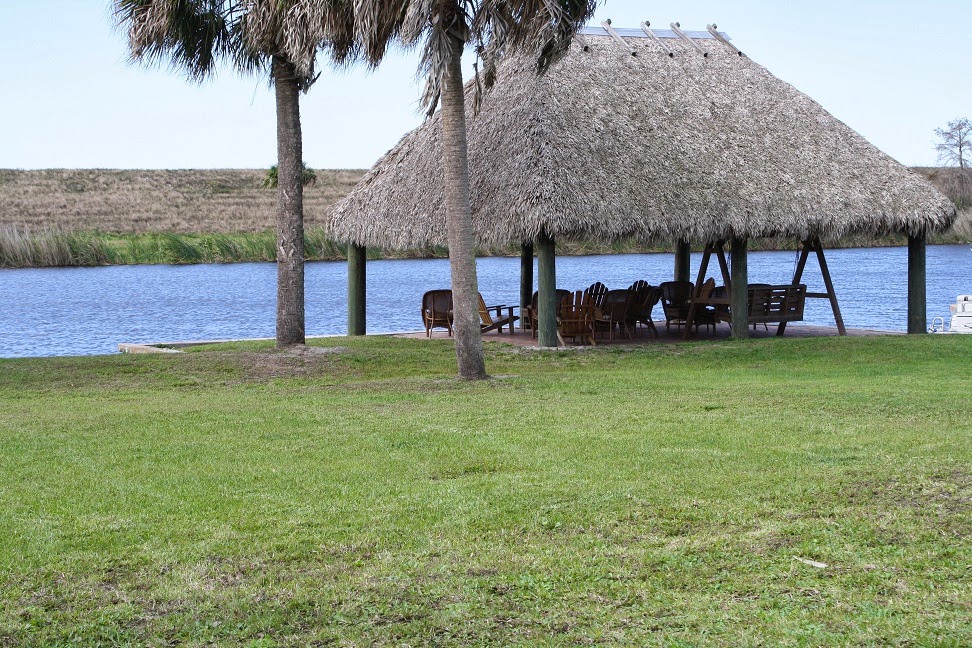 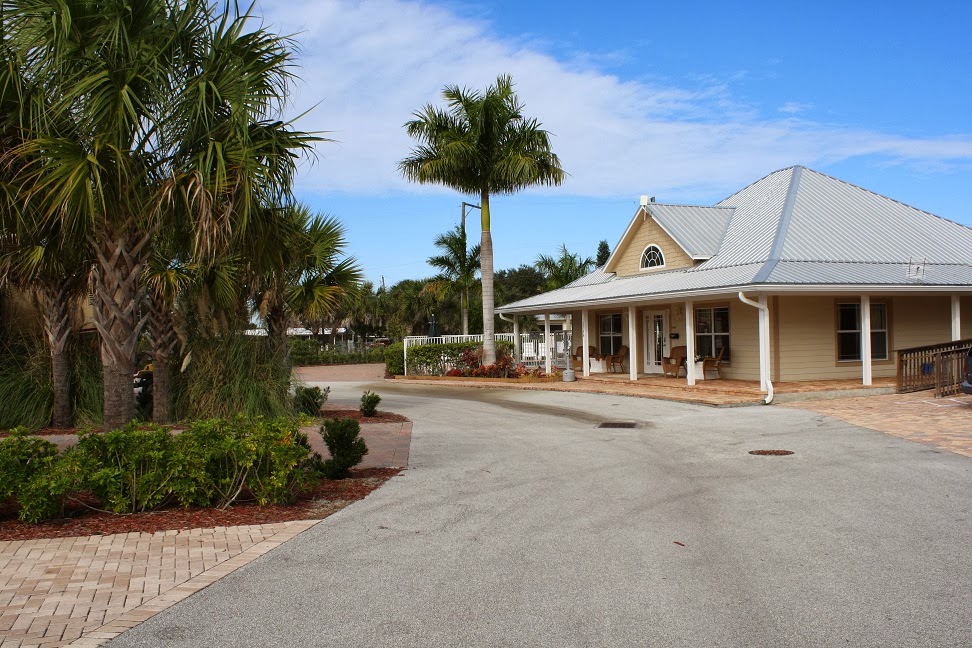