On this day we definitely felt the effects of Hurricane Paula as it was rainy on and off all day. Even though we’ve been coming here for about 8 years, we’ve never really toured the island and this seemed like a good event for a light drizzly day - I caught a brief sunny period for the shots. On Sunday, I showed shots of where we stayed and it's pretty basic and on the other end of the scale is the entrance to the Marriott a few buildings up. 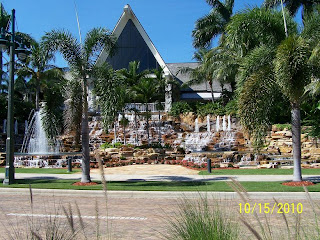 Nearly all of the homes here are nice with some nicer than others, but we finally discovered where the big money lives – very large lots, iron gates and all.  Here are a few shots starting with average nice homes and moving up to really nice - some even have names - the sign of a really nice place, like Monticello or Mount Vernon. 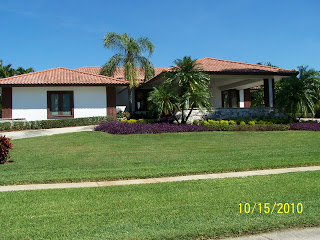 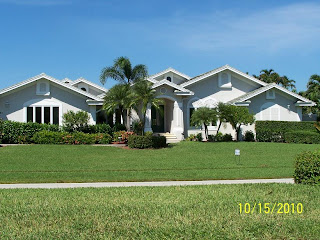 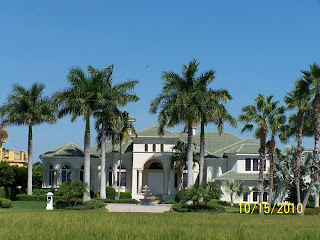 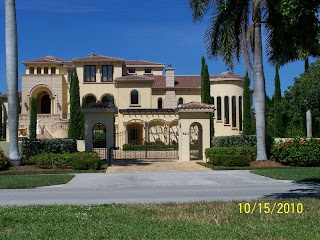 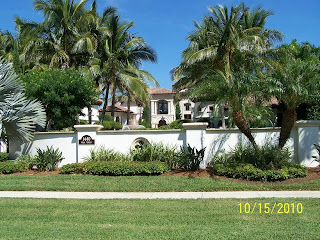 Then there is this place which is a multi-building compound requiring two shots to cover it. 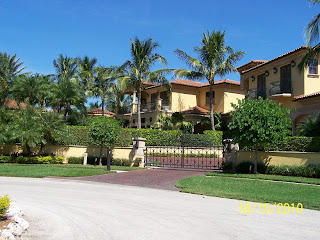 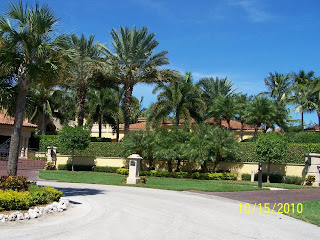 And for those who's life stlye or bank account doesn't work for Marco, it's about 5 miles down to Goodland - more my style. 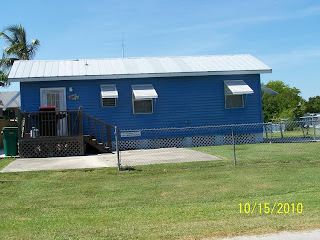 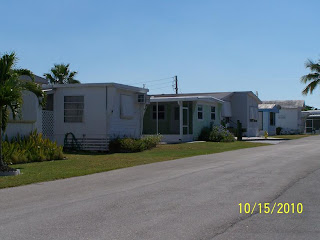 But the bougainvillas are pretty every where. 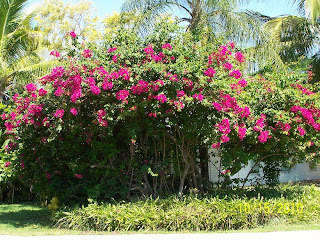 Yesterday, I'd mentioned Bev seeing the dolphins feeding and this afternoons event was almost as neat.  There was a group of around a dozen (most I've seen) swimming up the beach anywhere from 30 to 100 yards off shore and we saw what we thought was their dinner jumping out of the water.  But based upon what we were told by the dolphin tour guy and closer looking we decided we were really looking at a couple of young dolphins - a first for us.  I wish we had the equipment and luck to get a picture of them.

Didn't take any photos, but we headed down to the Sandbar for some fried oysters and great fries for an early dinner.

As the rain moved out we were left with a nice sunset - progressive shots. 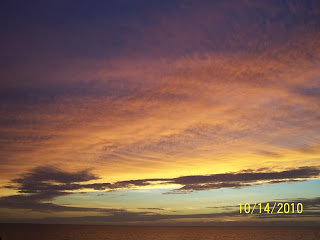 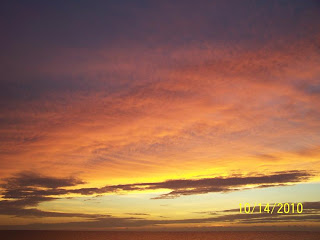 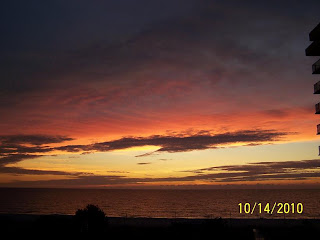 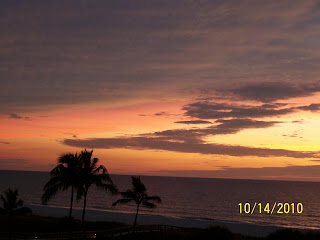 I hate I got the balconies in the third one, but it was too pretty not to use.  I especially like how the water turns red as well as the sky.

I actually flew home yesterday to relieve the house sitter, leaving the girls to drive home Saturday or whenever they get here.  There are still a few more Marco posts coming including the Everglades tomorrow.