I remember as a kid loving to make a tent or cave out of anything I could – a blanket over a couple of chairs for example. It’s nice to know some things about kids don’t seem to change.

A few days ago, Alex wanted to have two friends over for a camp out, but since we have no tent and rain was predicted, we suggested they just sleep in the garage with the door open. We thought this would be close enough to outside to be acceptable, but after taking their stuff to the garage, their plans changed. As it turns out, it appears as though it wasn’t the outside they wanted as much as the tent, so they went around the house, gathered up all of the spare blankets and draped them over the dining room table. They created more of a cave than a tent, but it appears to have worked well for them, so well in fact that Alex is still sleeping there even though her friends have gone home. One day, she came out for food, drink and bathroom breaks, but otherwise was holed up in her cave all day. 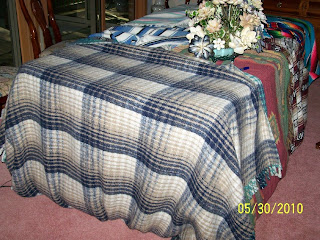 I would have been bored to death staying in my cave all day, but there is one big difference between now and when I was a kid – my cave wasn’t wired for cell phone and computer with online movies. 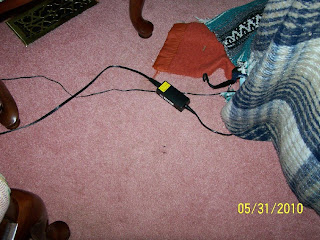