Tomorrow is BBQ day, so today is prep day. There is lots of info around on what I’m doing, so I won’t go into the how-to’s of prepping. The menu for tomorrow is two whole briskets, two Boston butts, three spare ribs, seven babyback ribs, ½ pork tenderloin, a chub of bologna, one turkey breast, 3 split chickens, four pounds of thighs, 20 pounds of breasts, five pounds of wings, and two plain fatty’s - cooked mostly for others.

I’ve tried adding a little rub to the bologna, but most rubs make it too salty, so as the first order of business, I made up some salt-less rub using the recipe for Wolfe Rub Bold. 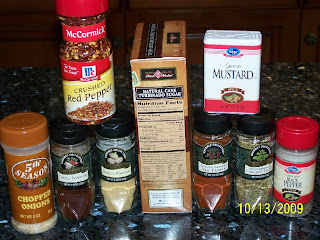 The whole chub of good Selecto bologna will be sliced into 1# pieces in the morning. 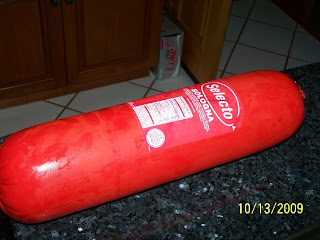 I will smoke 5# of jumbo chicken wings, but first must cut them into drummies and two-bone pieces. 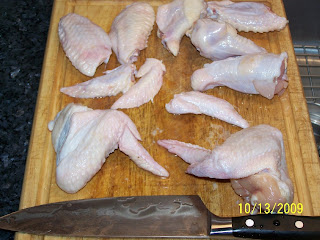 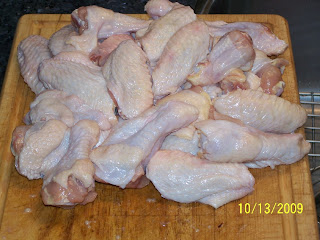 The half pork loin has been trimmed to remove the fat and silver skin. 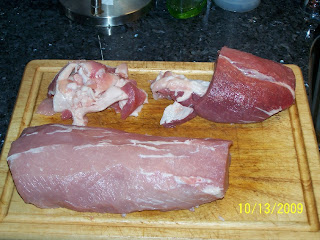 The two briskets (only one shown) are trimmed to remove excess fat from the bottom and all fat from the top – I smoke fat down. 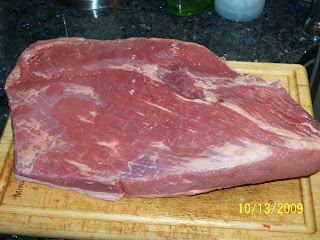 The two pork butts have been trimmed similar to the briskets, rubbed, and wrapped in plastic for an over night marinade. I smoke them fat down as well. 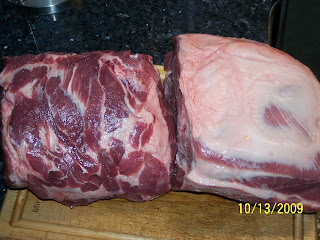 The baby backs and spares have the membrane and any loose meat removed. 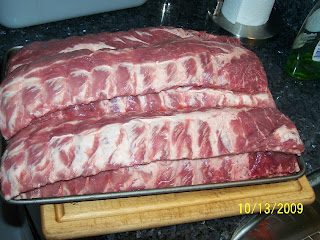 Ready to remove the membrane - I use a phillips screwdriver to get started. 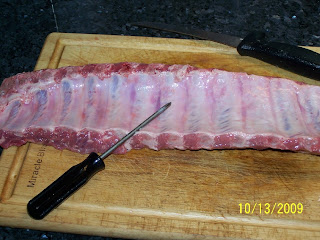 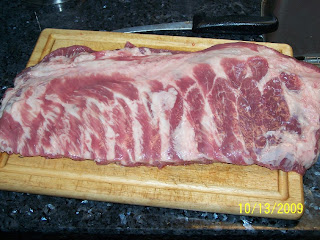 The three whole chickens are split in half and trimmed up. Here's one spatchcocked prior to cutting in half. 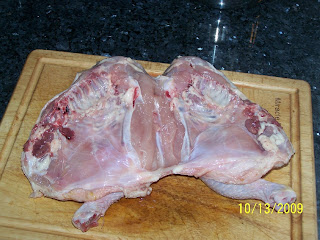 The customer wants the turkey breast halved - did it like a chicken, but bones are larger. 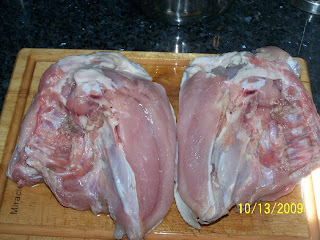 The chicken thighs and breasts will be trimmed up tomorrow to remove excess fat and skin.