It's BBQ Day Round Here

We’ll, the rain held off until I went to the mailbox to get the paper, but by the time I started the fire at 5:30, it arrived as predicted. I’m not sure if I’ll know how to cook when I get a dry day. Wouldn’t life be great, if a little rain is all I had to whine about. So let’s get this cook day underway. The first batch of meat goes on at 6:30.

First up are two butts that were spritzed with apple juice and rubbed last night with my own blend.
The pork loin also has a light coating of my own rib rub blend. 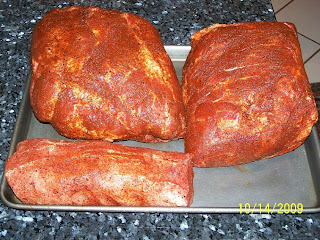 Also, first on are the briskets with a light coating of Worcestershire and rubbed with Billy Bones Beefmaster.
Here are both ready to go on and a close up of one. 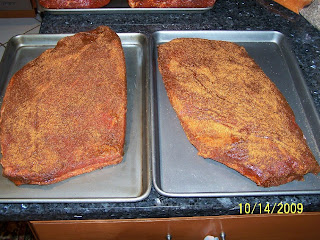 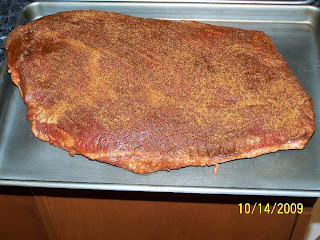 The bologna was either plain or given a spritz of juice followed by the salt less rub I mentioned yesterday. 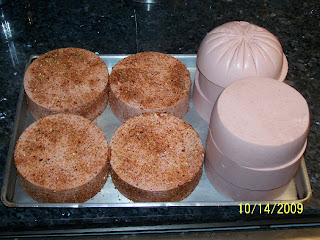 The poultry was spritzed with apple juice then rubbed with either Wolfe Rub Citrus or Billy Bones original – we’re doing a little taste test. It went on at 7:30 so it will be done by rib time. This is a pan of breasts trimmed up for a customer. 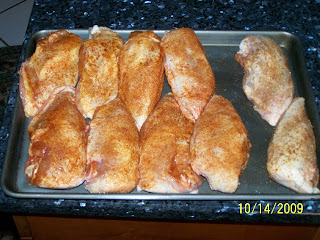 This is a pan of breasts and thighs that will be pulled. 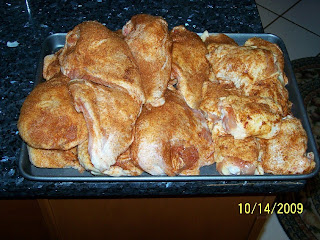 Three split chickens for customers and to pull. 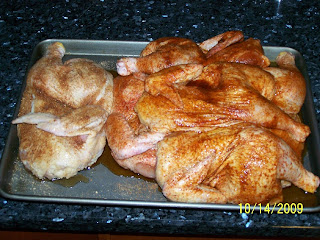 The turkey breast was split to freeze into two meals. 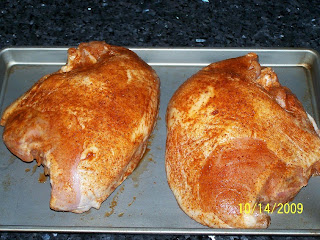 The ribs were spritzed with apple juice then my rib rub. I’m a disciple of those folks who say that rub, smoke, and sauce are supposed to enhance the meat flavor and not cover it up, so my ribs just get a med coating of rub. I was at the BBQ comp in Lenoir City this past weekend and some teams put so much rub and glaze on them, I think the only way the judges knew they were ribs is because they were judging that category – no way they could taste the meat. Here's three whole spare ribs. 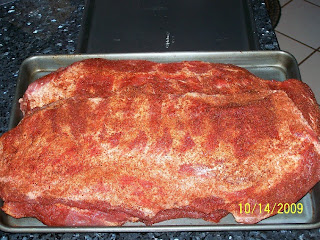 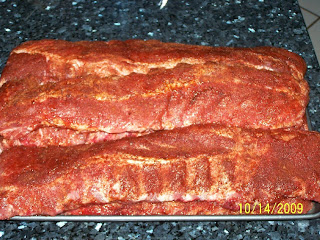 The wings were spritzed with apple juice then a light coating of Plowboys Yardbird. After smoking, they will be coated in Anchor Bar Wing Sauce and cooked in a foil pan until done. 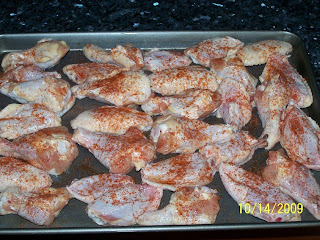 I’ll post the finished pics tomorrow as I know I’ll be too tired tonight - I already am at 2pm.
Posted by Big Dude at 1:22 PM