After harvesting a nice head of cheddar cauliflower, the white moths that lay the eggs that become green cabbage lopper worms got under my floating row cover so I picked the rest of the cauliflowers before the eggs hatched.  I ended up with a few small heads of Graffiti Hybrid and Veronica Romanesco Cauliflowers.  I forgot to take a shot before Bev cut them up so here are some shots from the web and mine were just a smaller version. 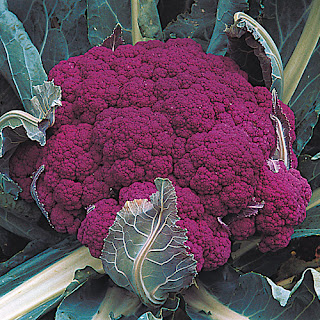 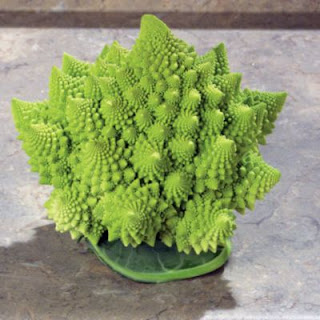 She used a recipe from Steamy Kitchen authored by professional recipe developer Jaden Hair and followed it except she omitted the olive oil.


Roasted Cauliflower with Bacon and Garlic - Adapted from Steamy Kitchen

Heat oven to 375F.  On a baking sheet (Bev used a casserole dish), toss together the cauliflower, garlic slices, bacon and olive oil. 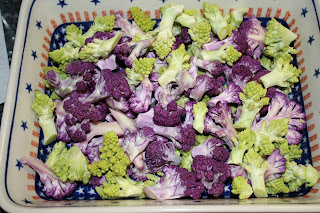 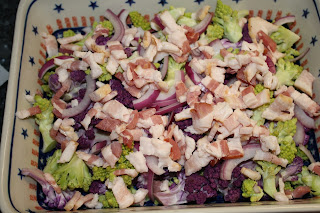 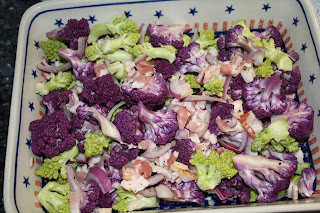 Roast for 20 minutes until bacon is crisp and cauliflower is cooked through. Season with salt and pepper to taste. When nearly done she added a little white cheddar and parmesan cheese.


It was pretty and tasty but I would have preferred more cheese.  The next night she added additional cheeses and reheated the leftovers, and I thought it was very good.


Two years ago:  Shrimp And Veggies At The Dock