The big event for Wednesday was a visit to the Pensacola Naval Air Station to watch the Blue Angels practice but unfortunately, we were having some issues and were unable to attend, which was a bummer as this was likely our last chance to see them.  Here are some photos of the flying and the museum from those who went. 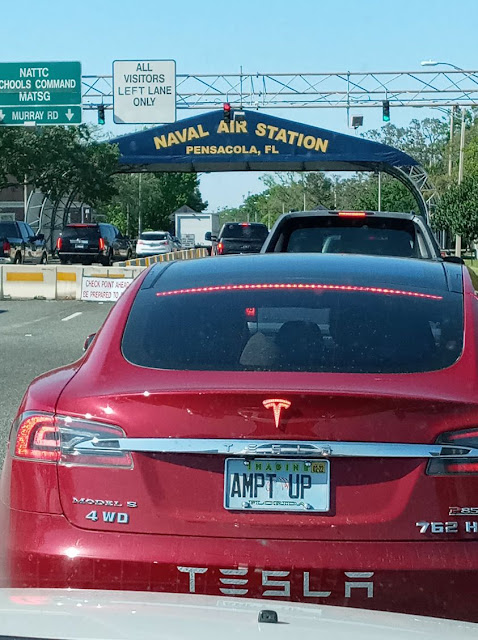 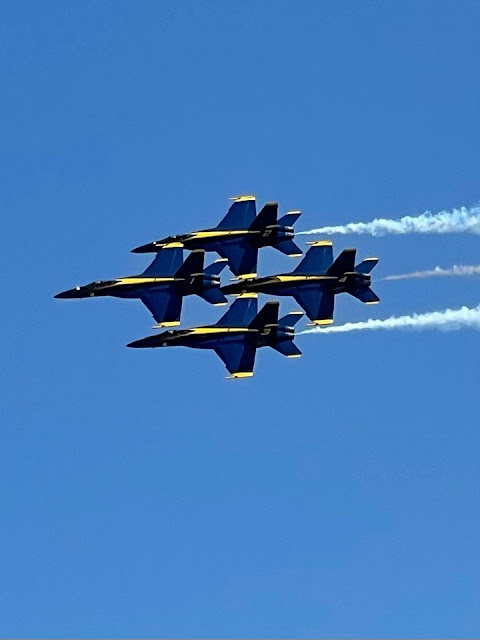 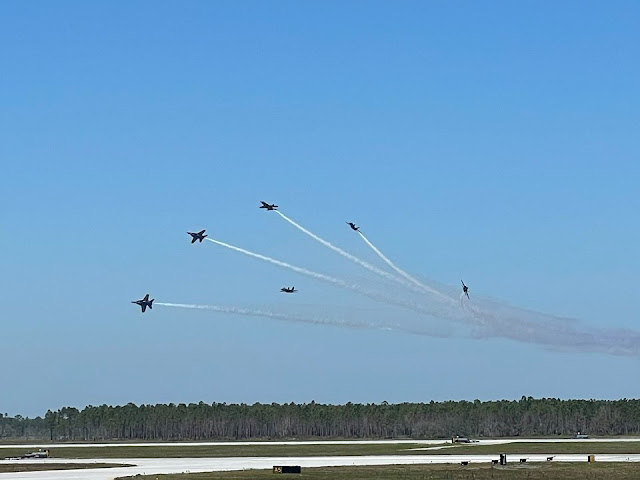 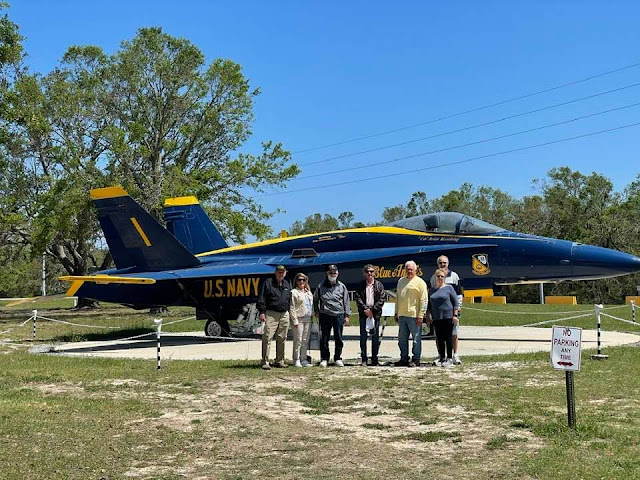 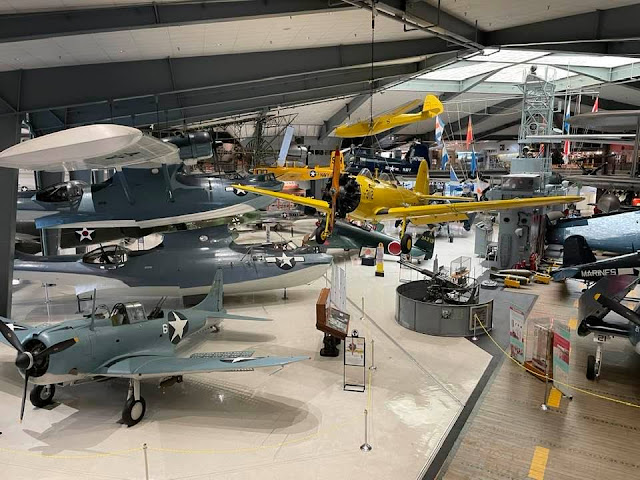 To finish filling up the RV freezer with seafood, I made an early Thursday morning trip back to Joe Patti’s Seafood and when I took a number, it was 1.  There were only a couple of customers so I didn’t spend long there. I bought some more royal red shrimp, Norwegian salmon, Caribbean grouper (supposed to be milder), swordfish and tuna steaks, and shucked oysters. With the items we have at home, we should have plenty of seafood for a while.

For lunch, some of us went to Chet's Catering and Seafood (food truck) for some marinated grouper.  While it was still very good, it was not the best-ever as it was a few years ago when we ate there and it was still a restaurant.

That afternoon, while everyone did their own things (my girls went to Beall’s outlet), four of us went to Grizzly Axes to try our hand at axe throwing.  It was an interesting place with many axe throwing stalls, several other games, and a bar.

After some instruction, we began to throw at the target and it took a while to get the axe to hit the target with the blade.  Mine was over rotating and when I stepped forward about six inches, they began to land right. 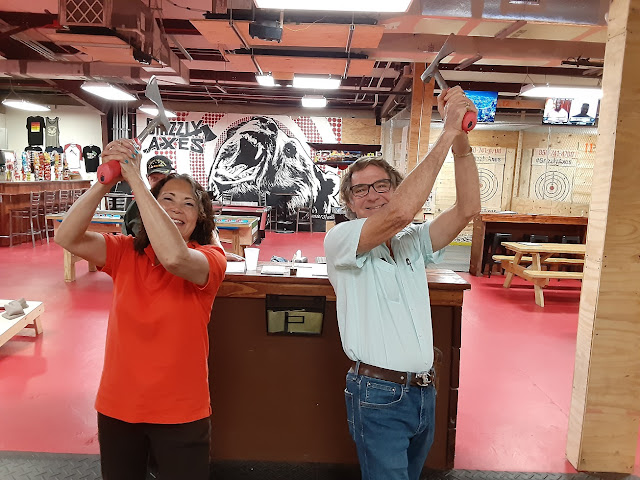 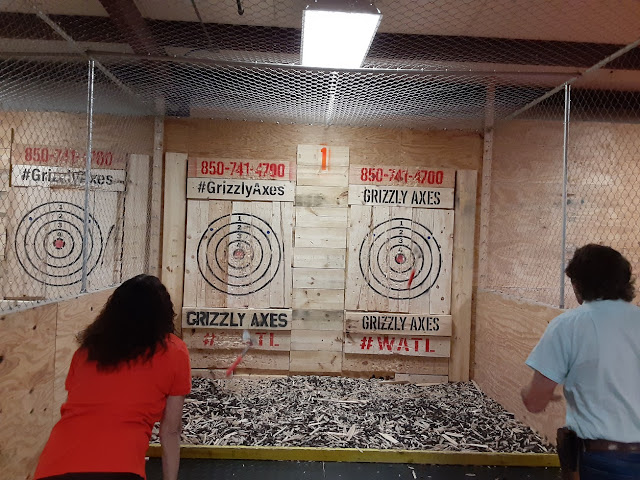 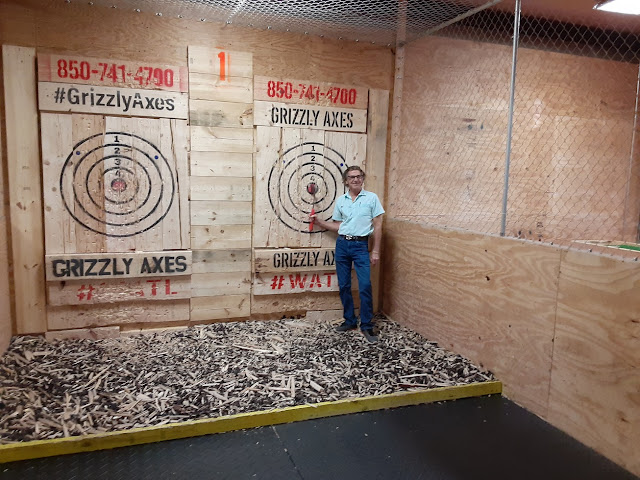 While it was interesting, I'm pretty sure axe throwing can now be marked off my list.

That night we all went to Fin and Fork for supper and I think most enjoyed their meals which were huge portions especially the very good fries.  I ordered the fried seafood combo having a choice of two seafoods. 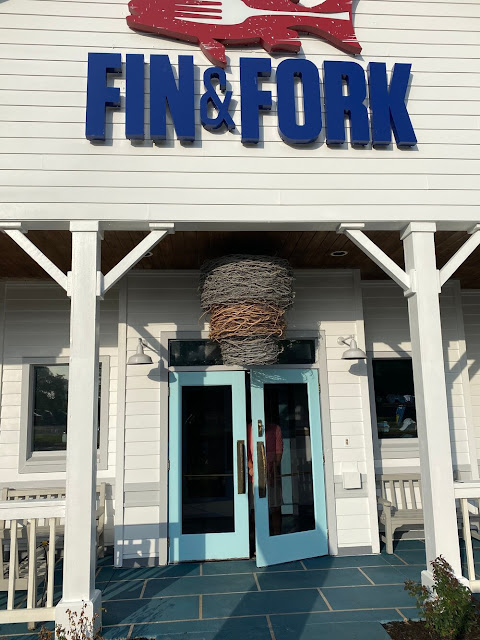 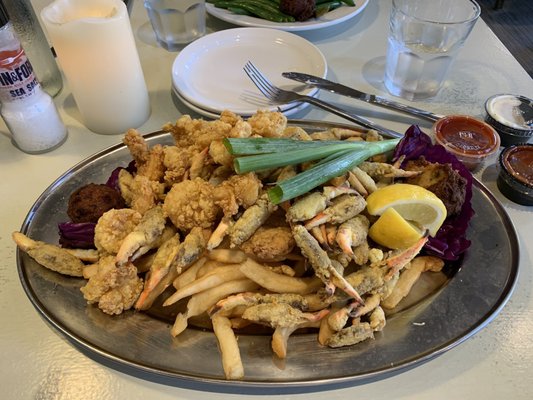 They had some unique presentations as shown in Daryl's grouper with green beans and mashed potatoes. 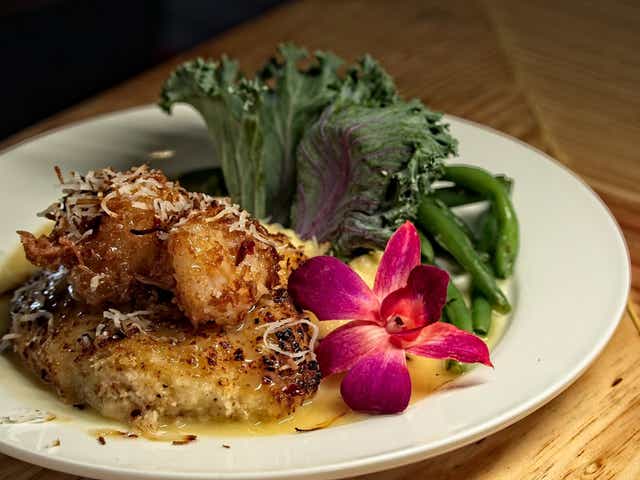 Bev and Pat split a steak but they were unimpressed - I would never order beef at a seafood restaurant. 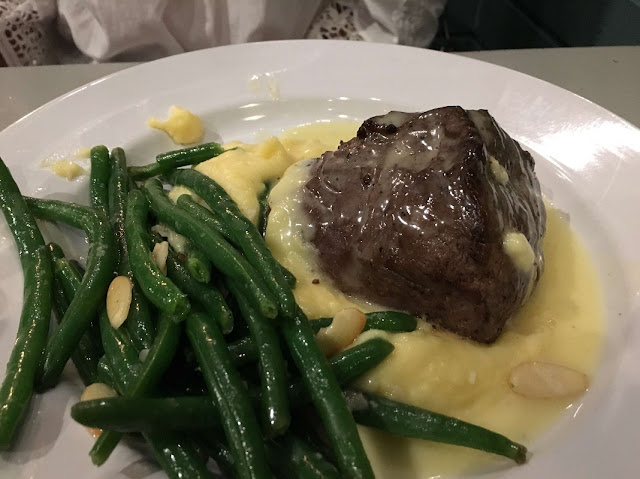 I thought my meal was good but nothing special for fried seafood so I would look for other places before going back.  This was our final meal out and as before it was seafood.