Saturday was moving day and we left East Point a little after 10am and headed west for Pensacola to attend our RV Club Rally.  Our route was US-98 to Port St Joe, FL-71 north to I-10 west to Pensacola.  The roads were all good except for a few rough spots on FL-71 and the drive was four hours plus a stop for fuel just before the campground.  Other than driving in the rain on all of I-10 including a thunderstorm it was a nice, uneventful trip.

Our destination was the Pensacola RV Park located in the northwest part of the city. 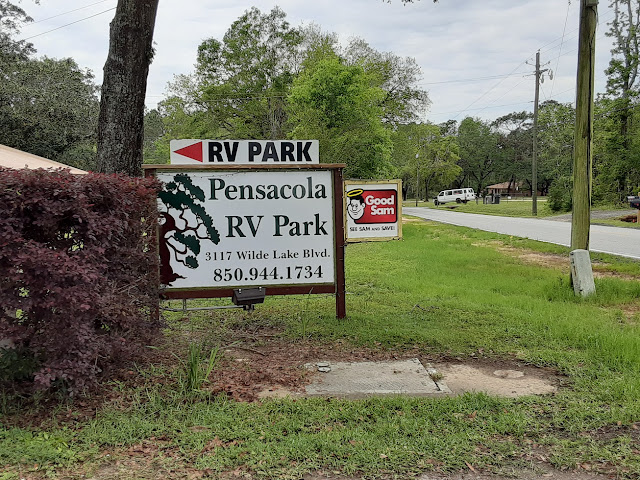 This is our site and street which is on a slight hill. 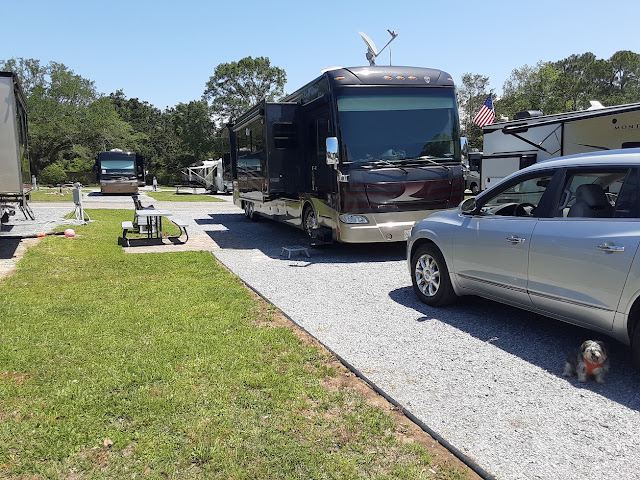 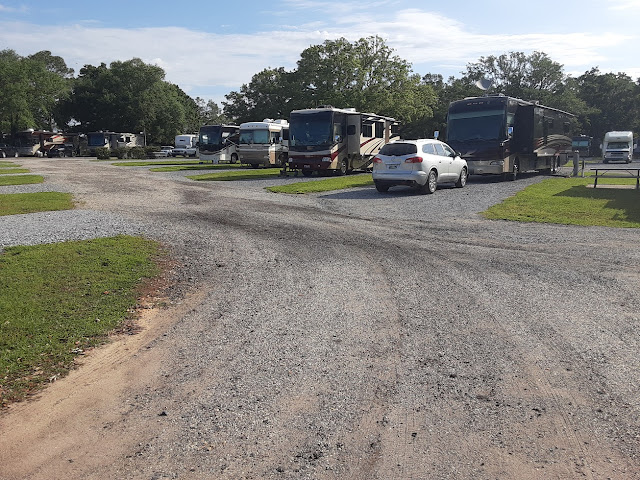 Just like East Point, we had to set up in the rain which continued into the night so we spent the rest of the day relaxing and catching up with club members that we had not seen since October. 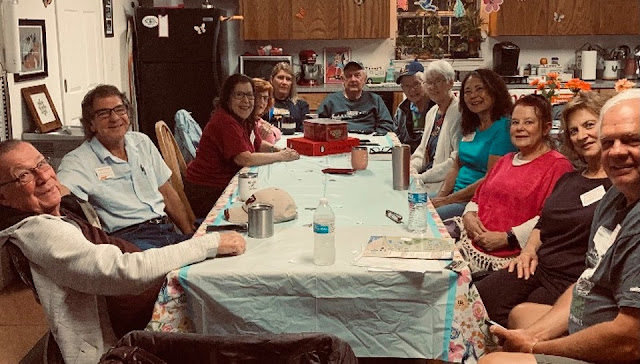 Sunday was a free day so we made a run to Walmart and Bev made brownies for our cook out.  The whole group got together for the first time for a burger and dog cookout at the pavilion.  It was equipped with a nice five burner grill and it was surrounded by some huge 200-300 year old Live Oaks. 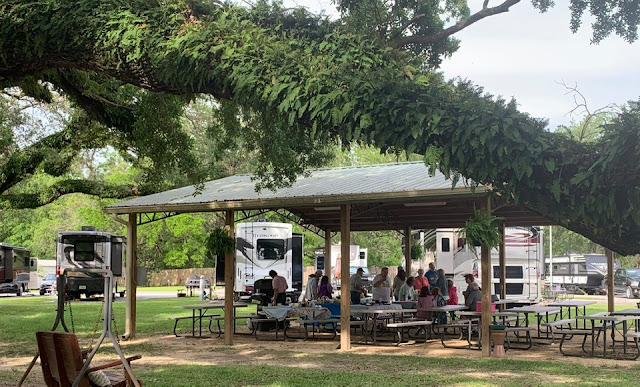 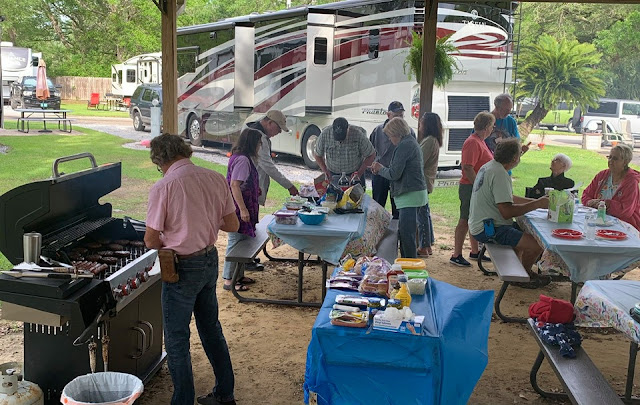 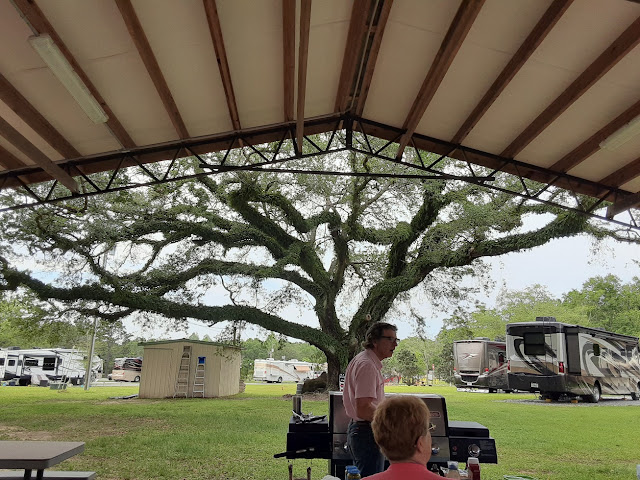 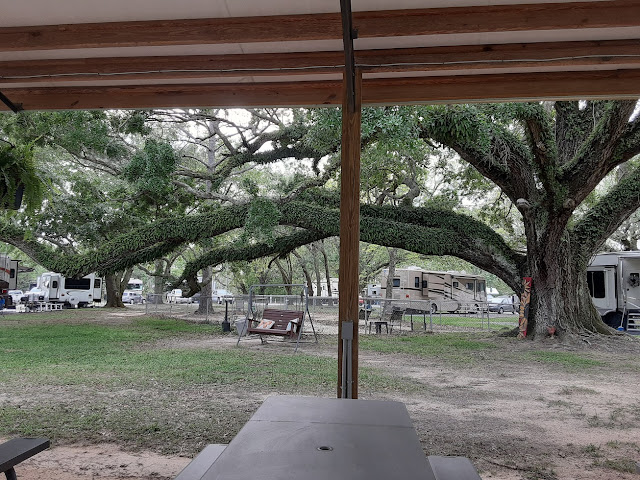 After supper, two members accepted the challenge of getting an Oreo cookie from their forehead into their mouth without using their hands and Steve actually did it on his third try. 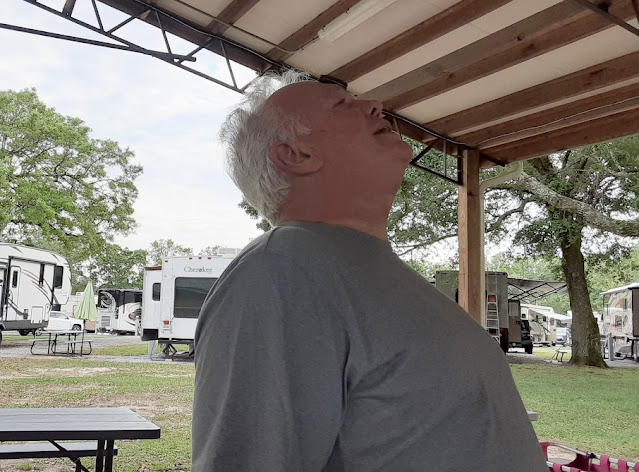 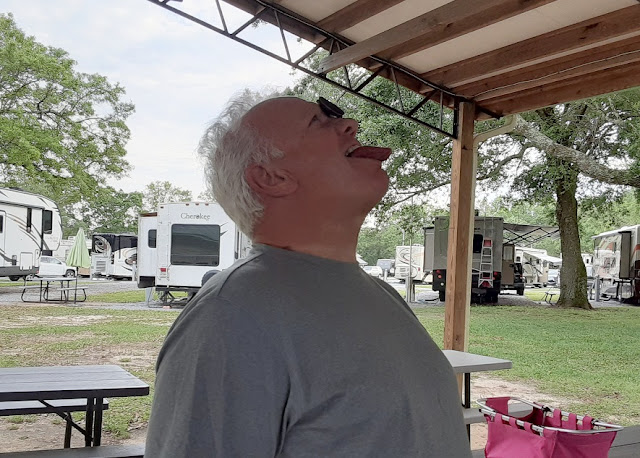 His prize was the remainder of the package of Oreos.

Later, the group gathered around a fire produced from a cookie tin with paraffin coated, spiral wrapped cardboard in it. 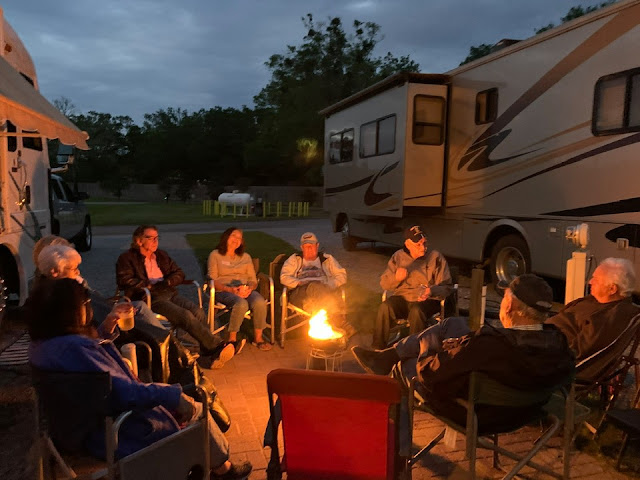