We got on the road from Denver a little before 10am and had an uneventful trip to the KOA in Wakeeney, KS.  I’ve been a fan of KS roads since we began RVing and this day was no exception.  While CO was working on their part of I-70, they have a ways to go and the road surface improved noticeably as soon as we crossed the KS state line.

The drive scenery was about as expected with crops either harvested or about to be and some giant wind farms – one was about 20 miles long.  It never ceases to amaze me how much is grown in the plains and we can only see a few miles on each side of the road rather than the couple thousand miles north to south between the US and Canada – it’s about the same distance, east/west as well.

The Wakeeney KOA was a decent park and not as tight as many KOA’s and while not fancy, they are a great overnight stop as they have long pull-thru’s that can easily accommodate big rigs without unhooking the car.  Check-in was smooth and efficient and we were guided to our site. 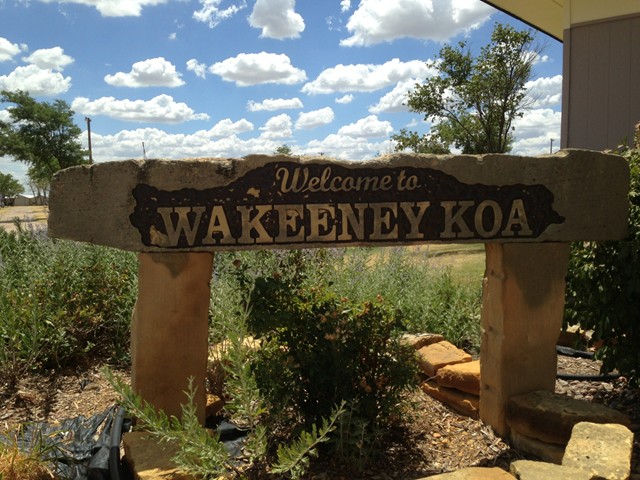 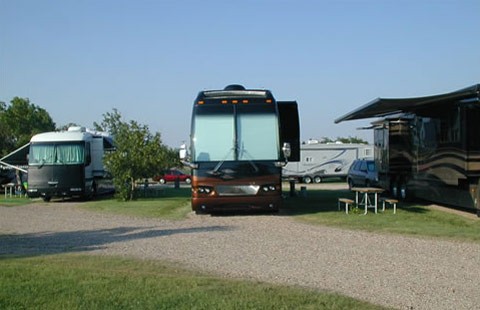 From Wakeeney, it was on to Oak Grove, MO (east of KC) for a couple of days in another KOA.  Except for going through Topeka, the I-70 road surface continued to be very good – you’d think the Kansas politicians with have good roads through their own capital city.

The KOA was similar to many we’ve stayed at with semi-level gravel sites and tight turns.  After turning down our first assigned site, we ended up in one that allowed our satellite dish to work.  We were near the office and beside the pool, giving us some extra grass space, and this time of year not much was going on at the pool to disturb us.  Utilities and WiFi all worked well. 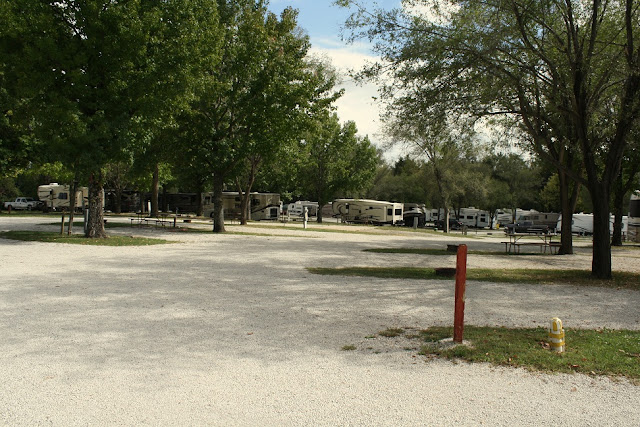 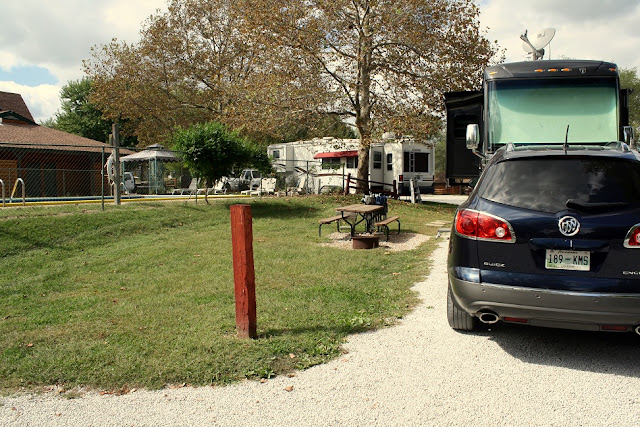 The big negative for the KOA was its distance from where we wanted to be as, like most large cities I've researched, there are few, if any, close-in campgrounds where we can fit.

I know most RVers like to take the non-interstate roads where more things to see and do are available, but when driving the coach, I don’t get to enjoy it much so I want the drive to be as easy as possible and between the east side of Denver and the west side of KC, I-70 worked well for me.  The road was good, the traffic was relatively light, construction created slower speed limits but no delays, and  the winds were pretty light – way less stressful than some of our days.