The Oregon coast is considered by many to be the prettiest in the nation (especially to those who live here), so no trip to this area would be complete without a visit and in keeping with our plan to avoid the upcoming holiday weekend crowds, we went on Thursday.  After doing research from home and talking with locals after arriving, it was clear that Cannon Beach and Seaside were the places to go.

Our first stop was Seaside which actually had more of a town area than most of the coastal towns we visited.  It has a nice promenade next to the beach and a statute marking the end of the Lewis & Clark Trail. 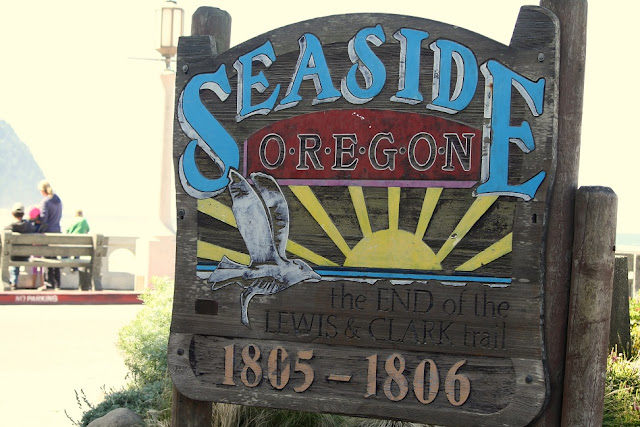 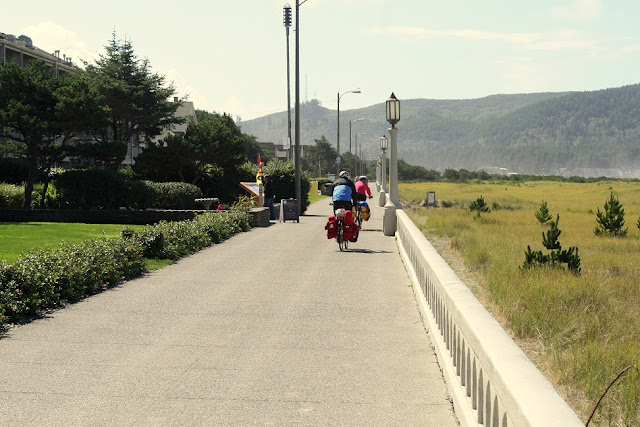 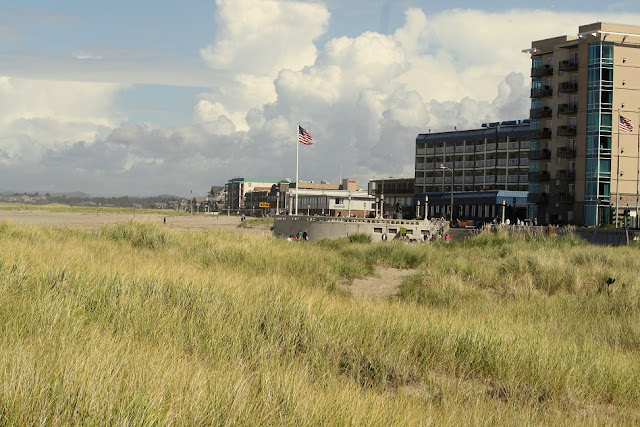 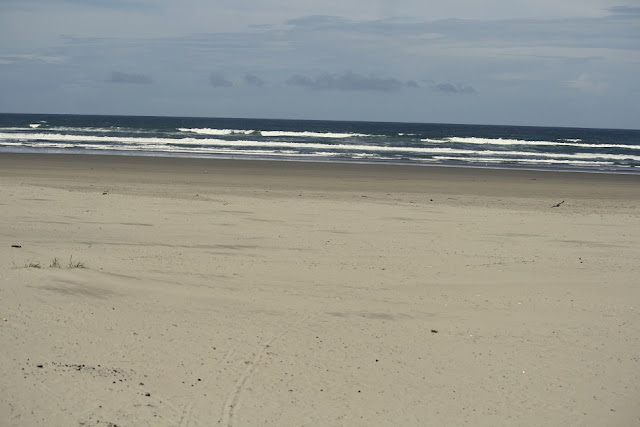 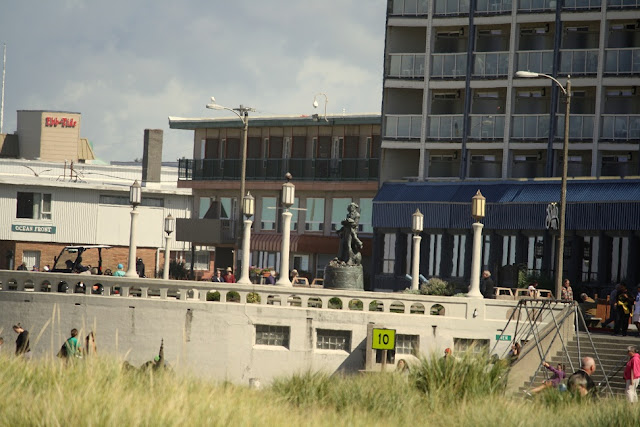 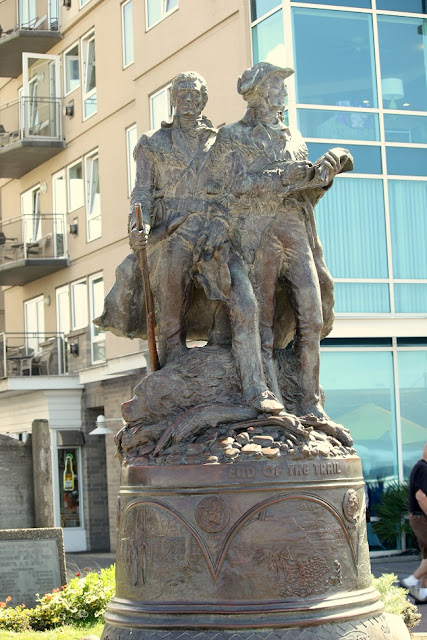 From there we headed down to Cannon Beach and took shots of the famous Haystack Rock and the beach and others the other direction. 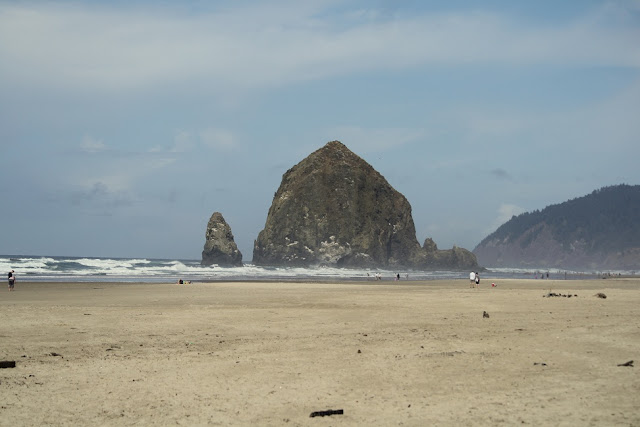 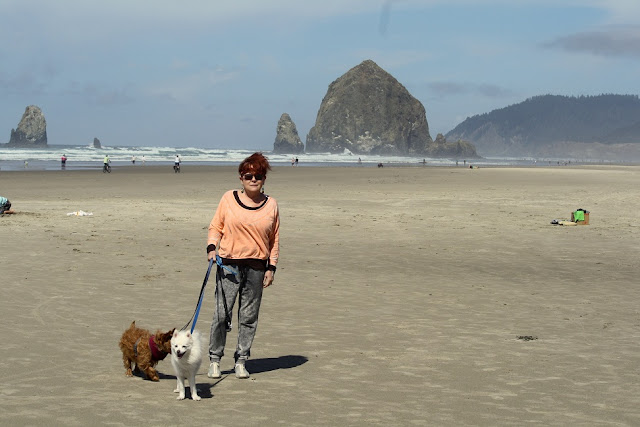 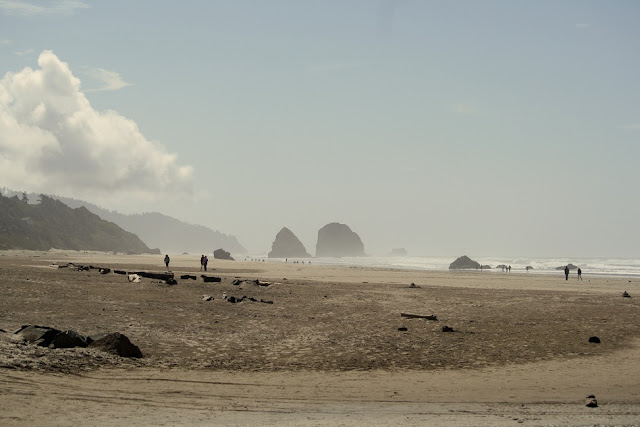 We opted for lunch at the Lazy Susan Café which had good ratings from Trip Adviser.  Pat & I had omelets which were good but I thought Bev’s broiled shrimp open faced sandwich was delicious. 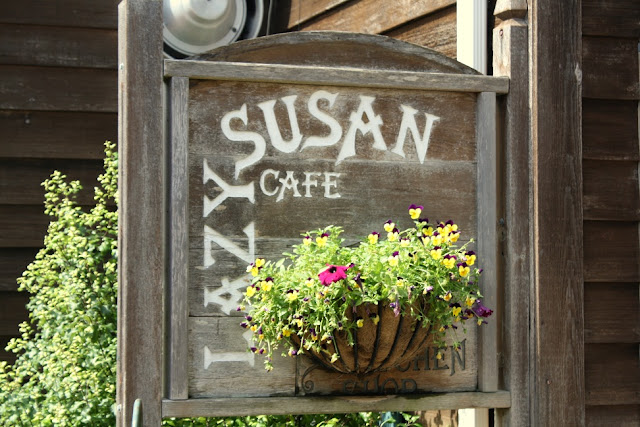 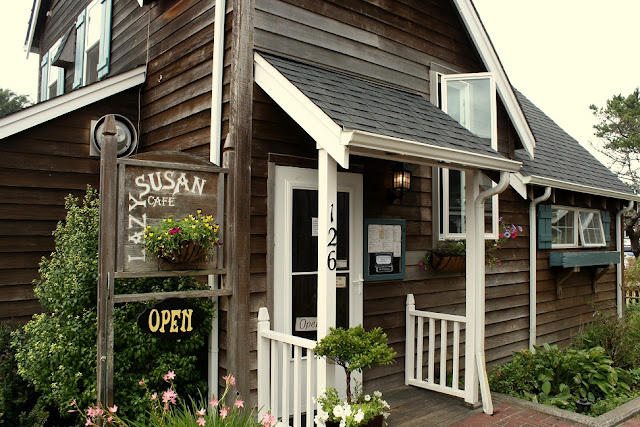 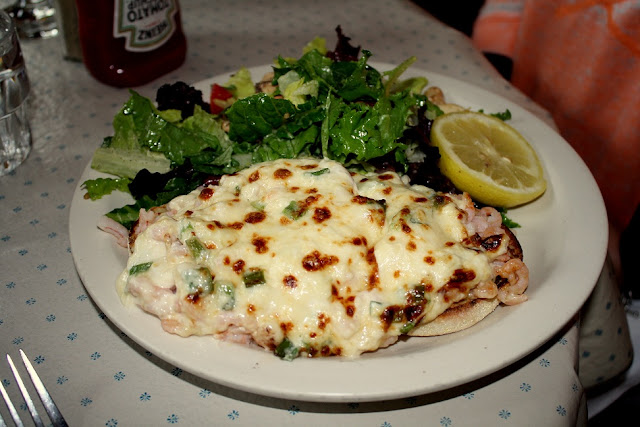 From there we drove down to the coast for a visit to the very famous (out this way) Tillamook Cheese factory to purchase some cheese and a delicious ice cream cone.
. 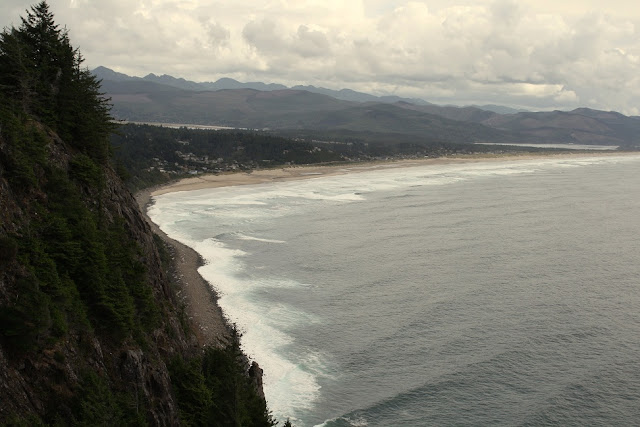 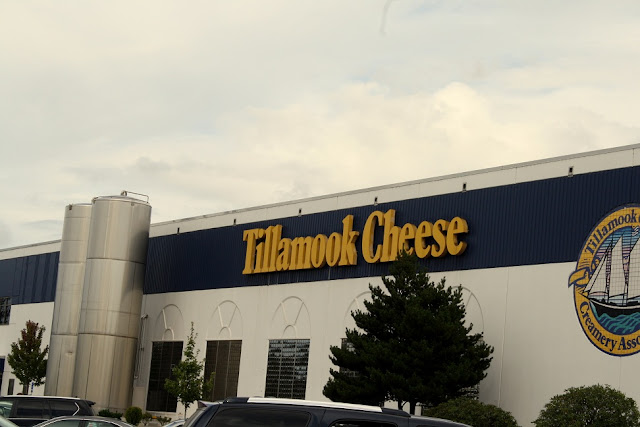 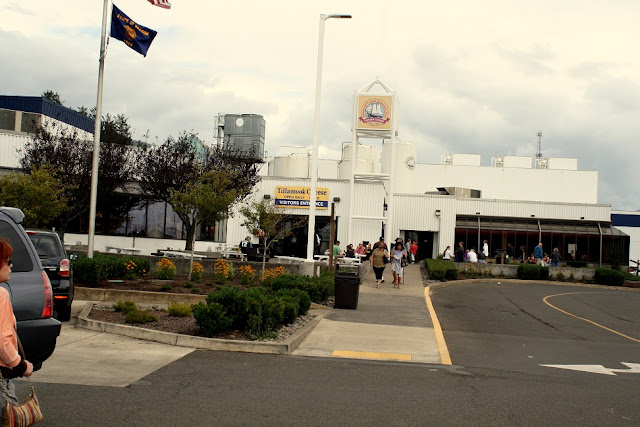 As it turns out, Tillamook Cheese is really an outlet for the milk from a co-op of dairy farmers who own the cheese plant.  The dairies are located in Tillamook County which has a lot of fine land between the coast and the hills for raising cows.

We ended up making the loop that blogger buddy Cathy (Wives With Knives) said she enjoys making – McMinnville north on OR-47 to west on US-26 to the coast.  Then US-101 along the coast down to Tillamook and OR-6 back to south on OR-47.  The total trip was about eight hours and I really enjoyed the day.

Trivia:  This is obviously a big time agricultural area and we saw many different crops growing, but we kept seeing these fields of what looked like dead clumps of grass but had no idea what they were. 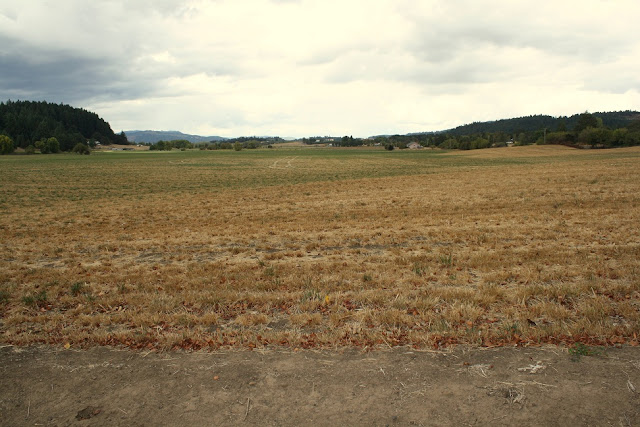 Turns out they were dormant cool season grass plants and this area grows the vast majority of the seeds for them in the USA.