We had two scenic drives planned with the first one being south to Bend then west to the Mt. Bachelor area.  But first the ladies spent a little time scouting out the downtown Bend area of concentrated shops – they decided an extensive return trip would not be required.
From Bend, we headed out the Cascade Lakes Oregon Scenic Byway and soon after leaving the city we found ourselves  heading through pine forests on a steady incline pretty much all of the way to the base of Mt. Bachelor ski area. 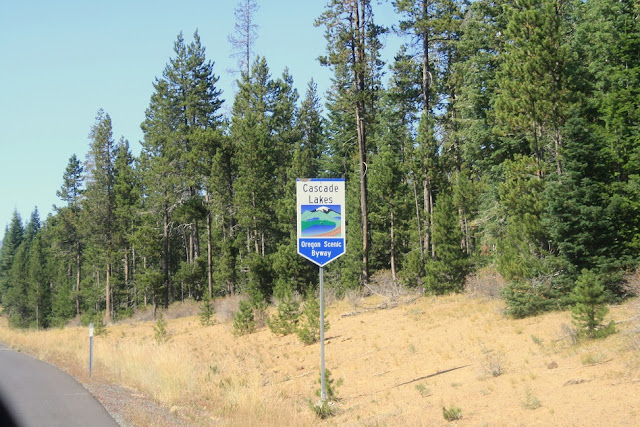 This was our first good shot and notice the small box on the top left of the mountain. 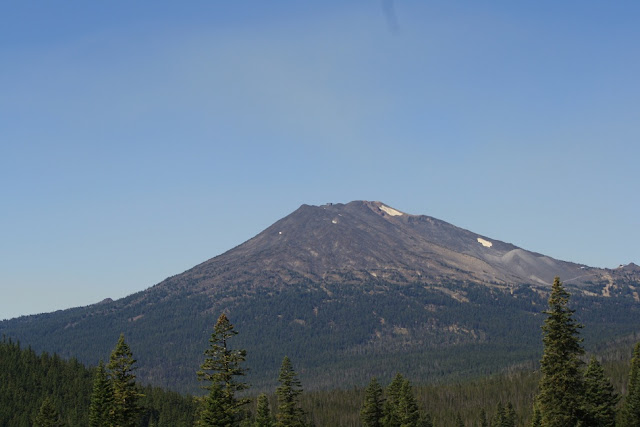 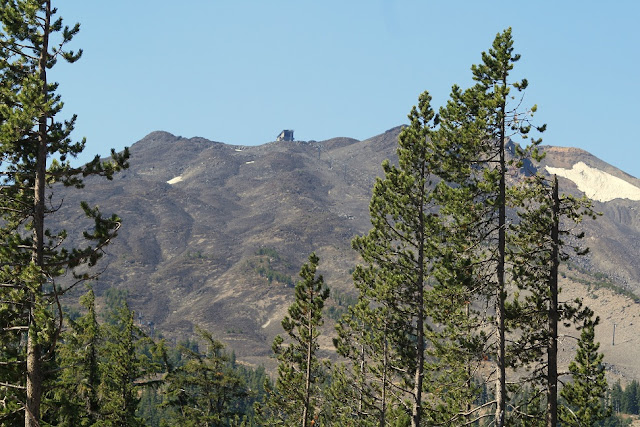 It’s the top of a ski lift that goes nearly to the top of the 9068’ peak.  Mt. Bachelor is a stratovolcano and the youngest of the prominent peaks in the area last erupting between 8000-10000 years ago.  I was in hope that the ski lodge would be open and maybe even a chairlift, but Labor Day was their last day for this except on the weekends and we were there on Thursday.

We drove a few miles farther to see some lakes and found ourselves on the other side of the South Sister mountain from what we’d been seeing from Sisters.  We stopped at a couple of lakes for a few shots beginning with this very small one that was popular with paddle boarders. 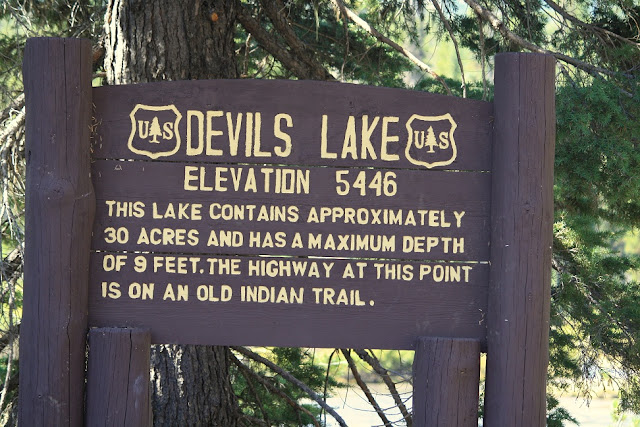 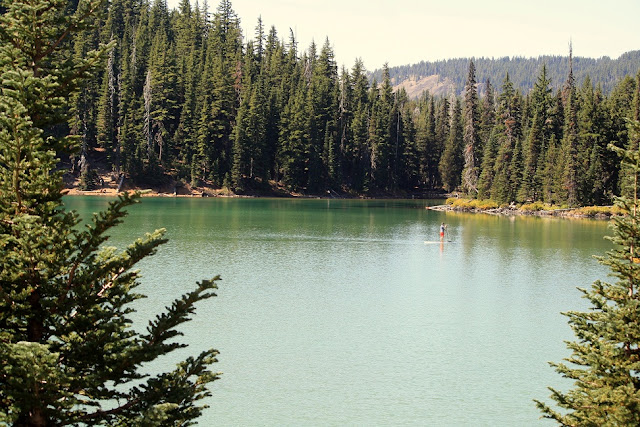 Further south we stopped at Elk Lake which has a beach area and small resort with boat rentals.  The shot is across the lake with South Sister in the background. 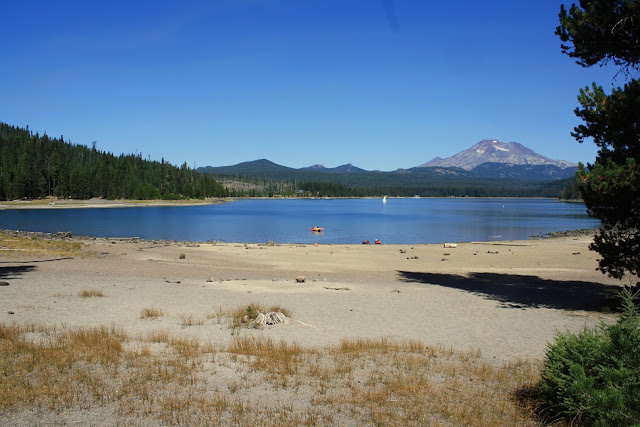 This is lava rock and there is a lot of it in the area, but not sure where this came from but likely South Sister which erupted 2000 years ago and detection of an uplift in 2000 has resulted in closer monitoring – after the eruption of Mt. St. Helens, the Cascade volcanoes must be taken very seriously. 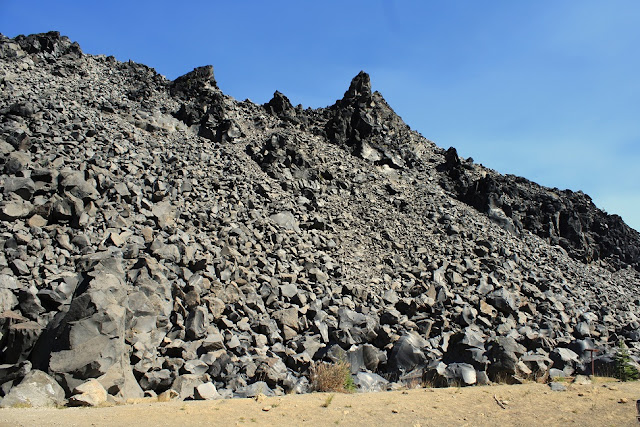 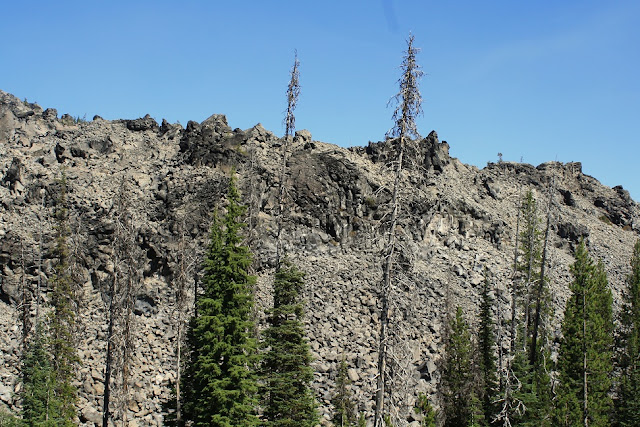 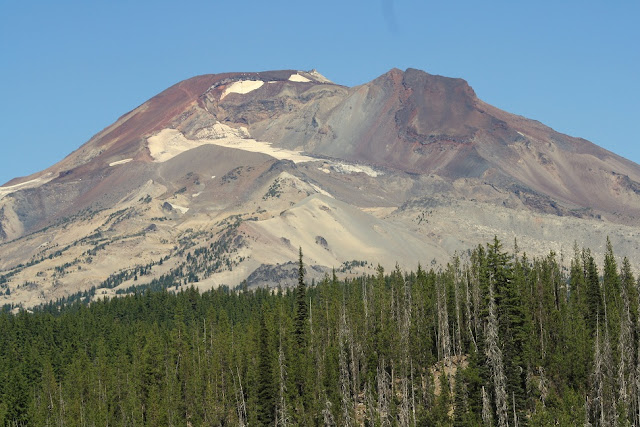 These are the three Sisters taken from just south of the campground.  North Sister (on the right) is considered extinct, middle Sister is inactive, but South Sister is still considered potentially active. 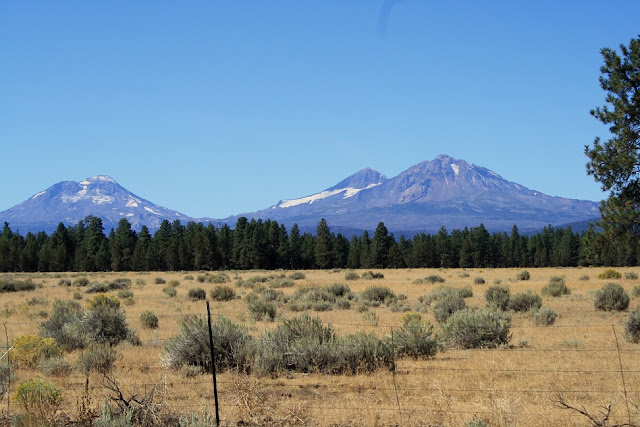 According to the locals, this is the least snow they've seen on the mountains (either a very long time or ever).