Late last year Alex’s (granddaughter who was living with us) little dog Bella was killed by a car and we decided to get her a replacement. She and Bev searched the sources and found a Yorkie/ Chihuahua mix that Alex liked and she named her Coco. As you know, Alex has moved back with her parents now that they are home from Korea and last weekend they came in with the plan to take their two dogs (Coco and Joker) home with them. As it turned out, Coco ended up staying with us, which was fine as we had grown attached to her and had mixed feelings about her leaving - so we still have three dogs and a cat.

Now for bath day – I get such a kick out of their post bath performance. After washing and towel drying, Bev let them in the house to prevent them from rolling in the dirt. They came bounding in and commenced to slide their ears along the carpet and towel we’d laid down. The odd part is they will do this when only their back is wet. Sweetie Pie has had many baths and hers only lasted a short while, but Coco, who has had just a couple of baths, rolled, flipped, slid, and scooted for a good five minutes. Here are some pics of them in action – a video would have been really funny. Coco beginning a roll - unfortunately for the pics, she chose the black rug. 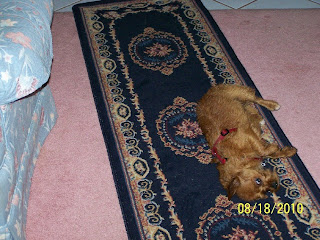 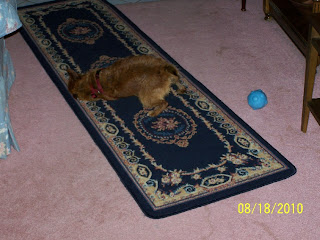 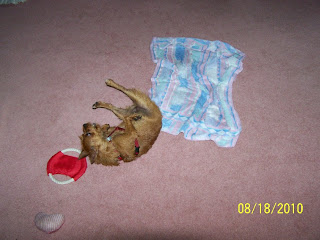 Sweetie was done before I got the camera. 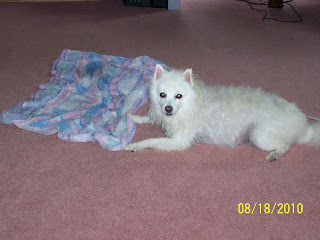 She's down to a little tongue drying. 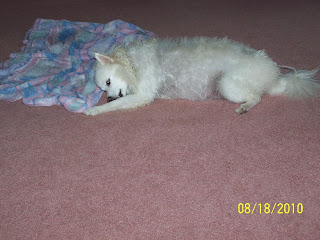 They sure bring a lot of fun and happiness to our lives and I don't regret for a minute the things we have to do to accomodate having them.