Like many people, we like to cook our beans with some form of pork and it is usually a ham hock but I have found a method I like better than dealing with the pork for each pot of beans.

We stopped at Benton’s Country Ham’s the other day and picked up a half dozen free ham bones from where they debone the hams prior to slicing and a couple of hocks.

I covered them in water and cooked them overnight to make a very rich broth, then it was strained and defatted.  We froze it in quart bags which we will add to our beans along with additional water for the broth.  This is a shot after freezing' 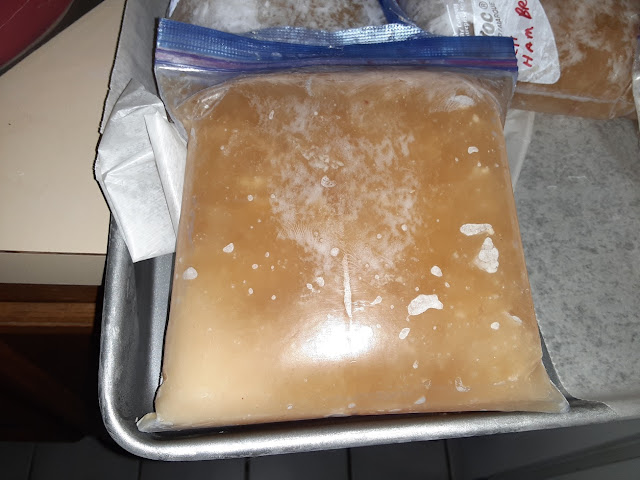 Normally we chop up the meat that comes off the bones and distribute it among the broth bags, but this time we had so much, we decided to make country ham hash from it.  I removed the meat from the bones and fat and refrigerated it overnight.  Then I gave it several pulses in the food processor to get the texture I wanted. 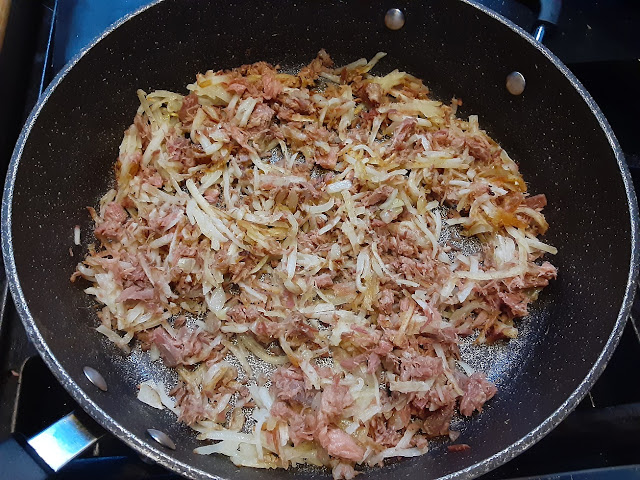 Topped with a couple of fried eggs, it was delicious and surprisingly similar in taste to corned beef hash. 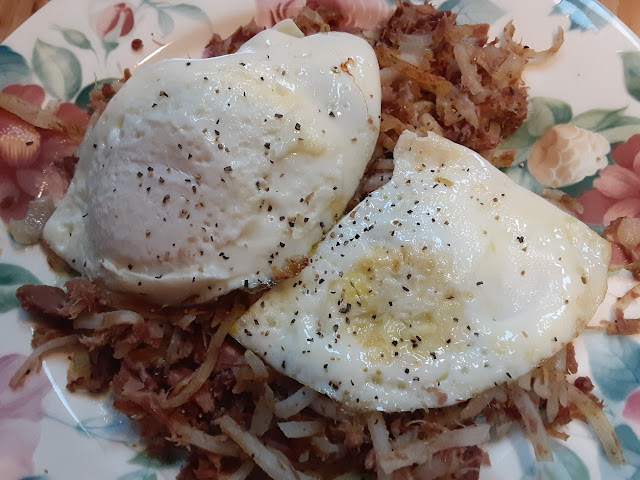 That afternoon, we made the 1¼ hour drive up on the Cumberland Plateau to have a BBQ dinner with some friends from our RV travel club.  He used a Masterbuilt Electric Smoker to cook a pork butt,  several slabs of spare ribs, and something new to me - smoked mac and cheese.  In addition to the mac, we also had slaw and our Ranch Beans so my plate looked like this. 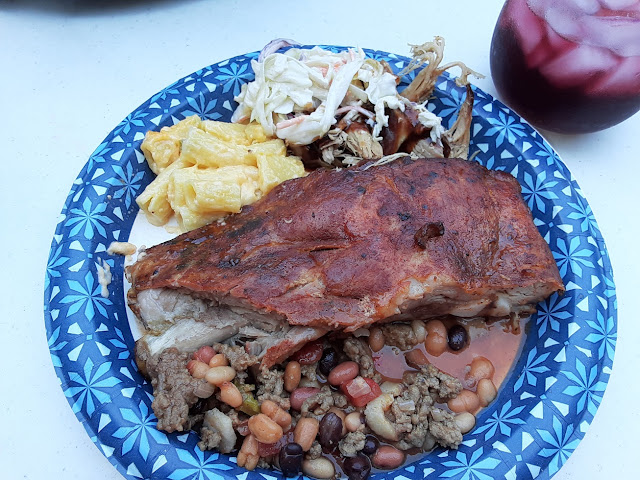 Everything was very good and I was stuffed when finished but the others had ice cream.  I'm thinking I may need one of these small electric smokers.