Our first full day in the Black Hills was spent with me attending to the RV and dog sitting while the girls went shopping in Hill City.  When they got home, Bev said she’d like to go to a Native American music show that night as it was highly recommended by some folks in town.

My first thought was to not want to go out at night but just sit around the campfire, especially since a show ending at 9 pm Mountain Time is way past me bedtime.  But since Bev really wanted to go and  it sounded like too unique of an opportunity to miss out on, I grilled up some of the brats we’d brought from Wisconsin and off we went.

Man am I glad I did – please take the time to read a little about them on Wikipedia – this is their first year with a tour stop at the High Country Guest Ranch about four miles from Hill City.  They are award winning, have sold over a million CD's, and have appeared TV.

Beside being a French dessert, Brule is the smallest of the seven bands within the Lakota (Sioux) Nation and most reside on the Rosebud Reservation in southwestern SD.  I took 86 shots (digital cameras are great) and here a few of them. 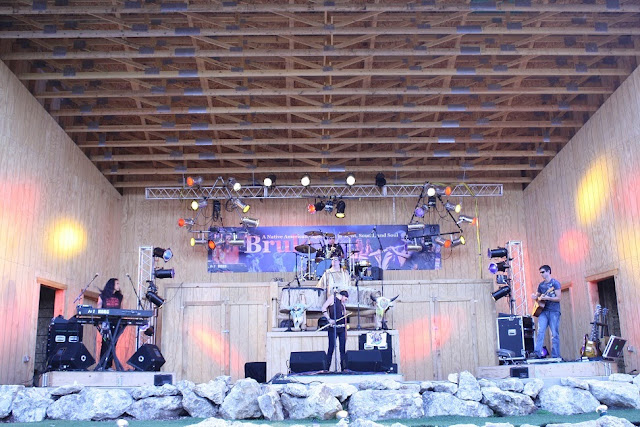 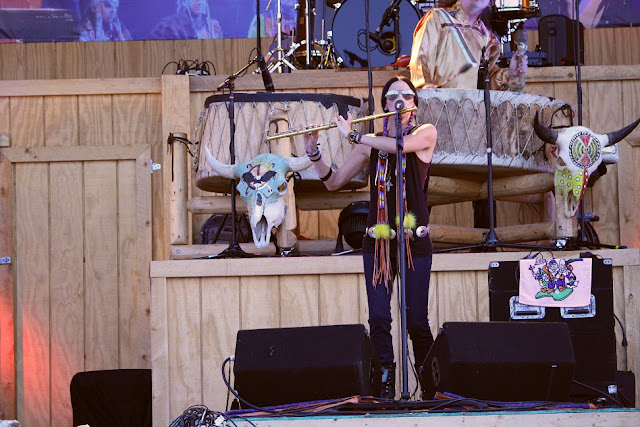 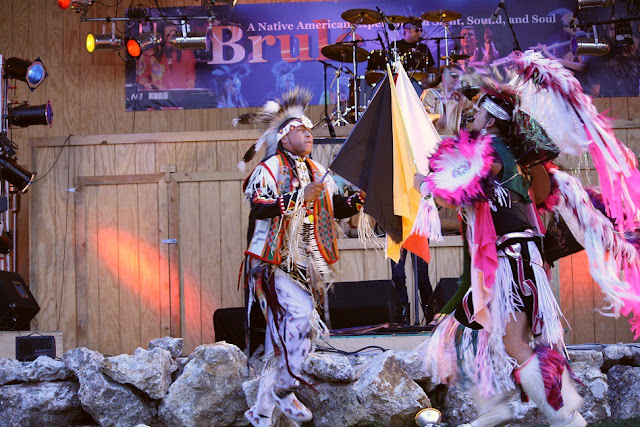 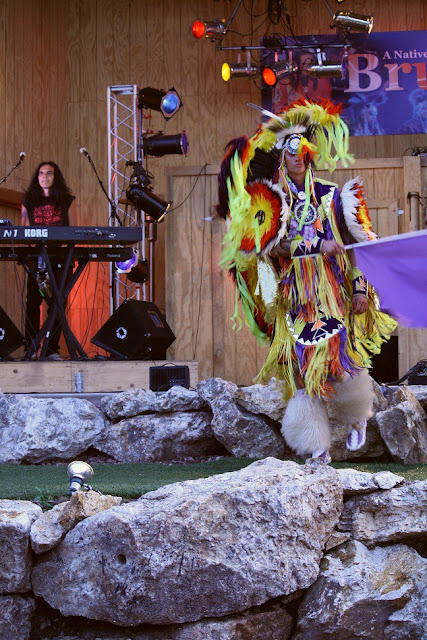 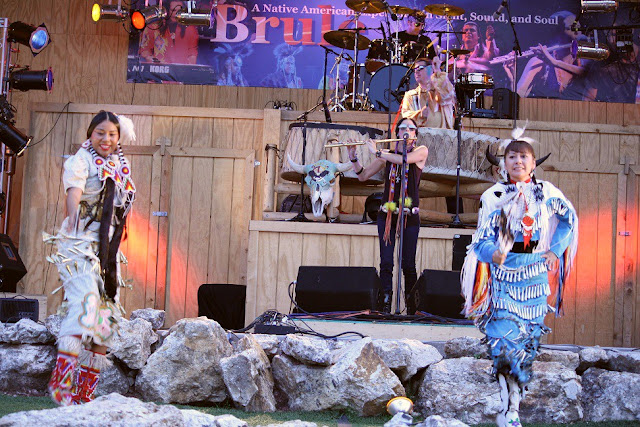 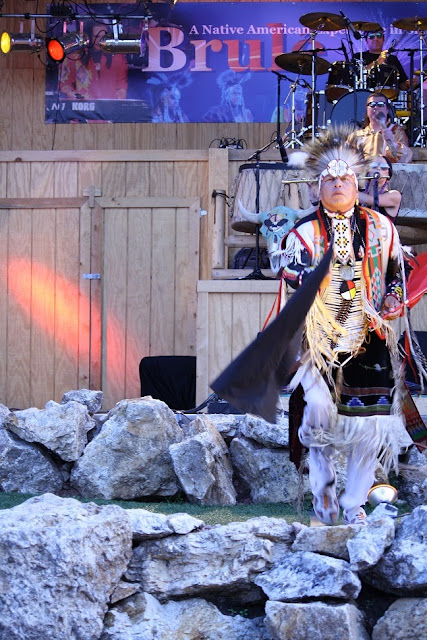 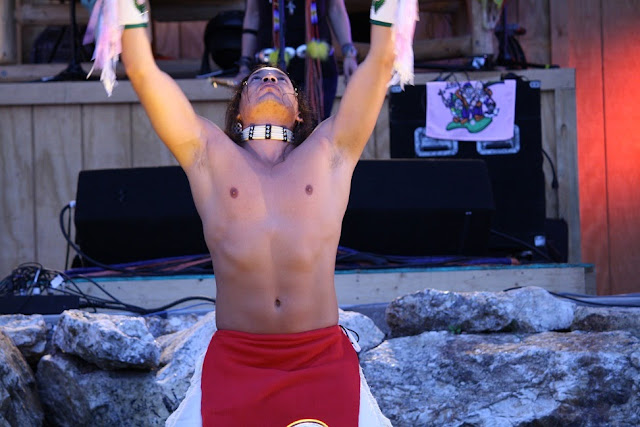 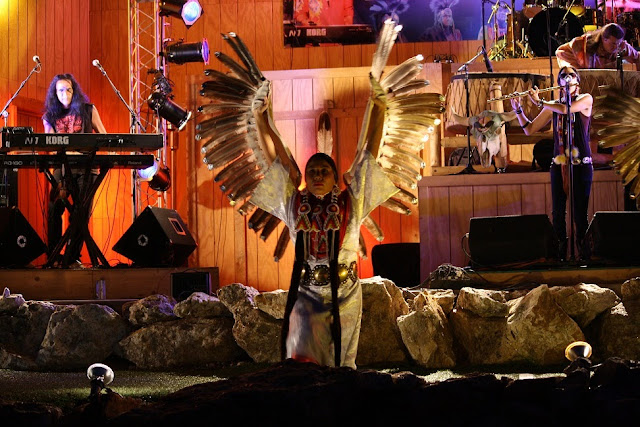 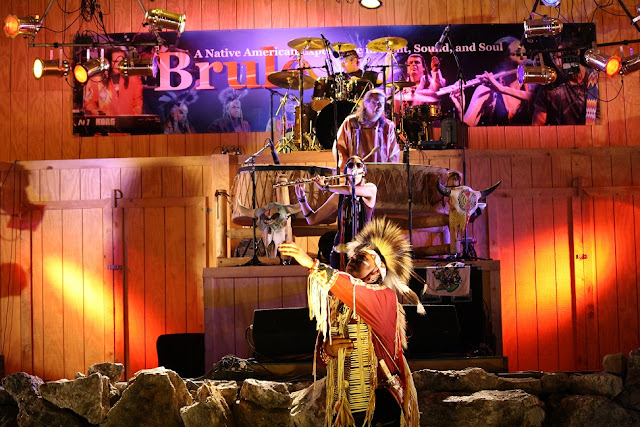 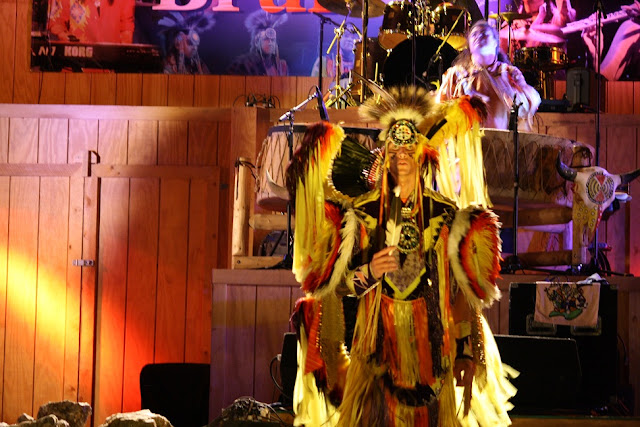 After the show, they were available for photos and greetings and all I could say was “magnificent performance.”  The outstanding music was very contemporary but still Native American and the dancers were incredible, especially the tall guy in yellow.  The dances were all a named ceremonial dance. 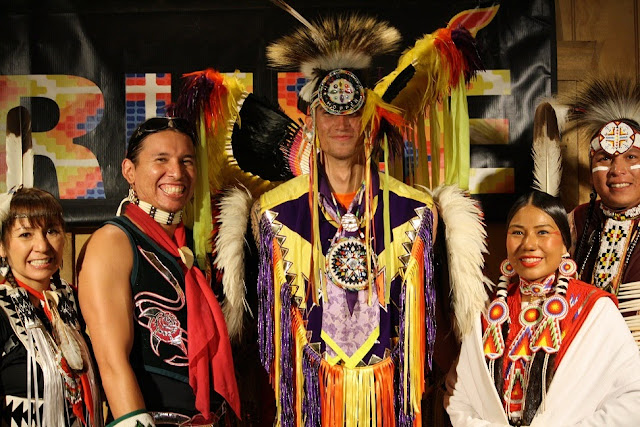 They perform Tue-Sat in an open air theater and for $25, I consider this a must see if you’re in this area.  Once again, Madison elected not to go and after we told her she may have just missed one of the big highlights of the trip, she said she would go with us from now on – time will tell.