A few months ago, Bev’s sister, Pat, went with a group to Abingdon, Va, to see a play and as part of the tour they visited a restored, old fashioned grist mill called White’s Mill. While there, she called to see if we wanted anything and I put in an order for a bag each of cornmeal and grits. Unlike commercial grits, which are frequently made from hominy, these are made by grinding the whole corn kernel and therefore contain all of the corns nutritional value and flavor. They are very different than the quick grits that I usually eat in that they are more flavorful, much creamier and in larger pieces - they have more of the sticky consistency of oatmeal.

They take about an hour to cook and require near constant attention to prevent sticking, but thanks to my grandmothers patient teaching when I was young, I knew how to cook them, tell when the heat was right, and when they were done – we were cooking cornmeal mush back then, but they cook the same. I was surprised that the bag of grits contained no cooking instructions so I went on line and found several, with the key being how much liquid to use - it ranged from 3 parts liquid to 1 part grits up to 5 to 1. I settled on 3 to 1 knowing I could always add more. So I put 2 cups each of water and milk in a pan and brought it to an easy boil and in the meantime I added 2 cups of grits to 2 cups of cold water and stirred. I skimmed off the chafe that floated to the surface, stirred the grits and water into the hot liquid and brought it back to a nice simmer, where it was kept with the pan partially covered - this gave me 6 cups of liquid to 2 cups of grits. As they begin to thicken they require stirring every few minutes to prevent sticking and I added another ¾ cup of hot water to maintain the consistency I wanted. I have a wooden spoon with a flat side that works very well for this process. 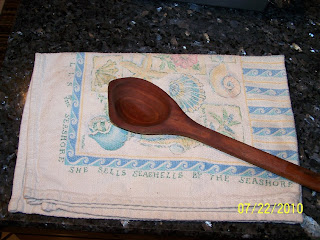 When the grits were almost done, I adjusted the salt (1 ½ tsp total used) and added 15 grinds of black pepper and a half stick of butter. Then, when they were done, I stirred in a half pound of Cabot cheddar. You know they’re done when they are tender - you can add additional liquid at any time to get the consistency you want. Here they are ready to dip up. 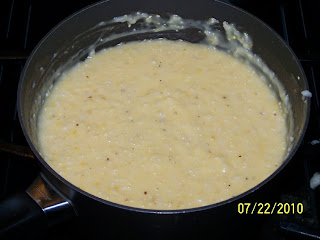 I topped with a couple of sunny side up eggs. 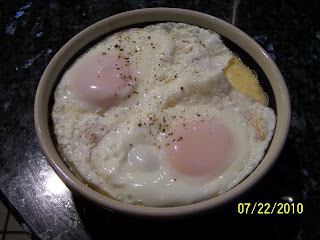 And gave them a little stir. 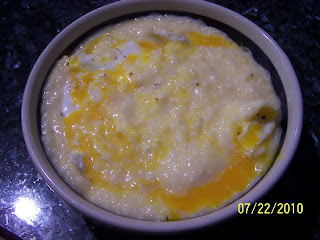 After filling my bowl, I had to decide what to do with the leftovers, which I intentionally made lots of. If I was sure I just wanted to scoop some out to reheat, I could have put them in any container, but I opted for a plastic lined bread pan in case I wanted to slice and fry some of them. 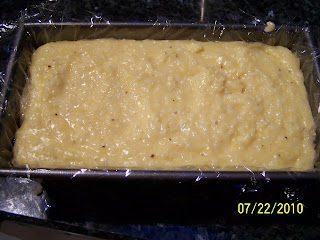 This was definitely good eats and worth the little extra time required to cook them. One thing that can be done to shorten the time is soaking them over night in water, but I didn't decide until this morning. Funny how the mind works - I read Pam's (Sidewalk Shoes) post about orzo and shrimp, which made me think of shrimp and grits, which reminded me I had the grits in the freezer and hadn't tried them yet and since I was up at 4:30am, I had plenty of time to cook them. When Bev got up she opted for a frozen hash brown patty like you get at McDonalds rather than having some grits and I was flabbergasted. She advised she really wasn't that big of a grits fan and besides, they were wintertime food - I have to admit I got a little warm spending so much time in front of the cooktop. The plus side to that - I won't have to share. Here they are ready for the next meal. 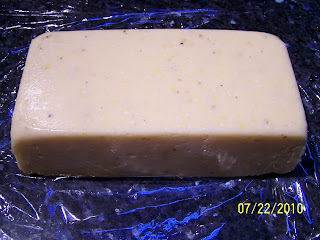