This summer, we made Alabama Scramble a time or two using our normal method of cooking everything in a skillet but since we had oil in our deep frying pan, we opted to change it up some.  We recently had deep fried okra and green tomatoes and realized they needed more seasoning than just S&P at the end so I’ve attempted to correct that.  The following recipe feeds 3-4 people eating only this. 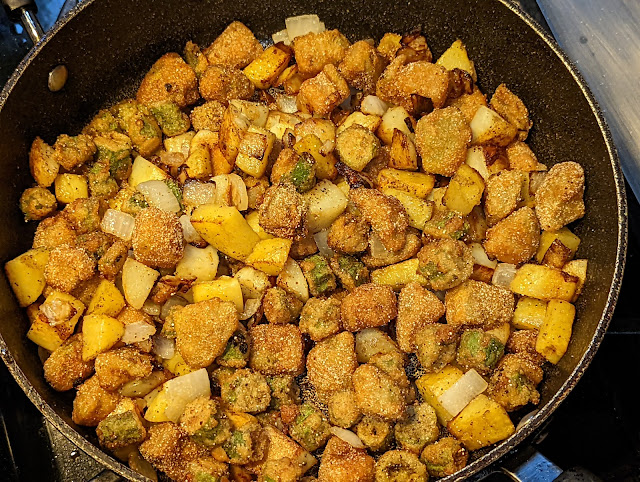 Add half of the buttermilk and half of the Tiger to separate bowls and add the tomatoes to one and the okra to the other and soak for about 30 minutes. 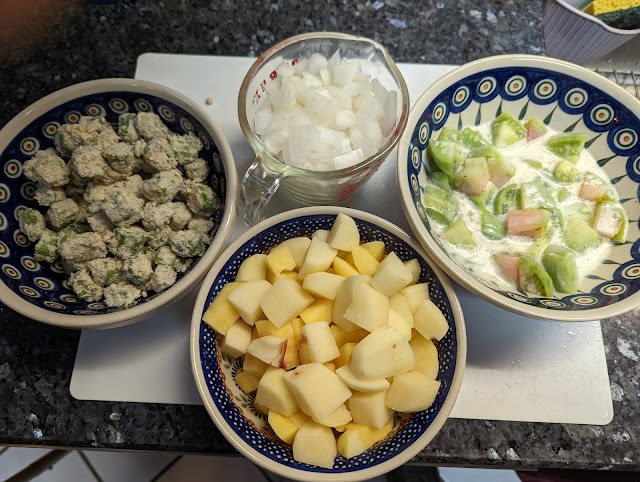 Mix the flour and salt.

After their soak, bread the tomatoes and onion in the flour.

Heat oil in a medium sized skillet to pretty hot, add the potatoes and season with S&P. 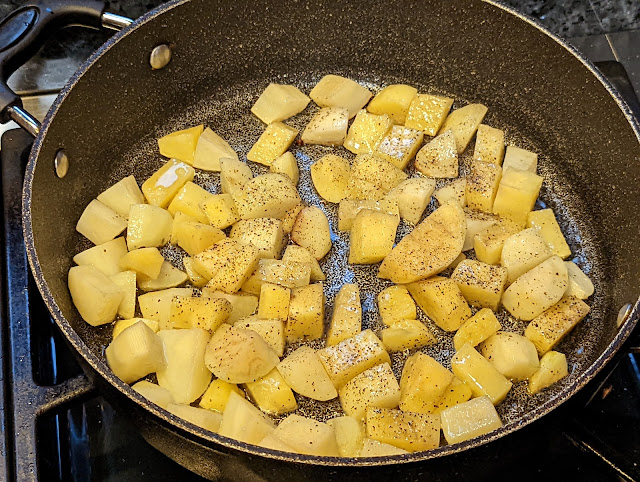 When the potatoes are browned on one side, flip them and add the onion along with more S&P. 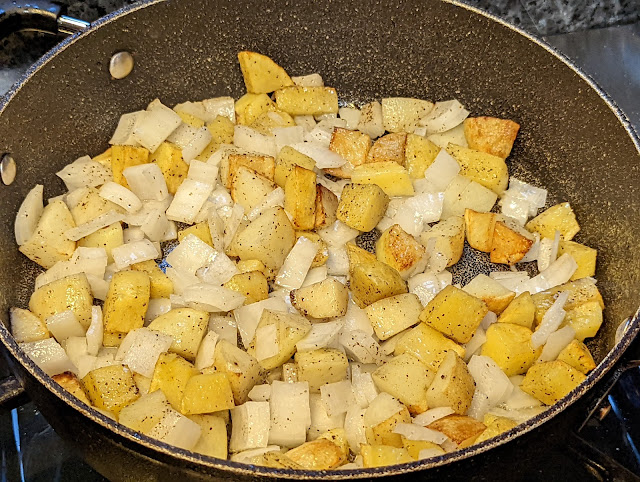 When the potatoes are about 3/4 done, add the tomatoes and okra to the deep fryer and cook until they are golden brown, 6-8 minutes.

When everything is done, add  the okra and tomatoes to the onions and potatoes in the skillet and mix everything together.   Taste and salt as needed. 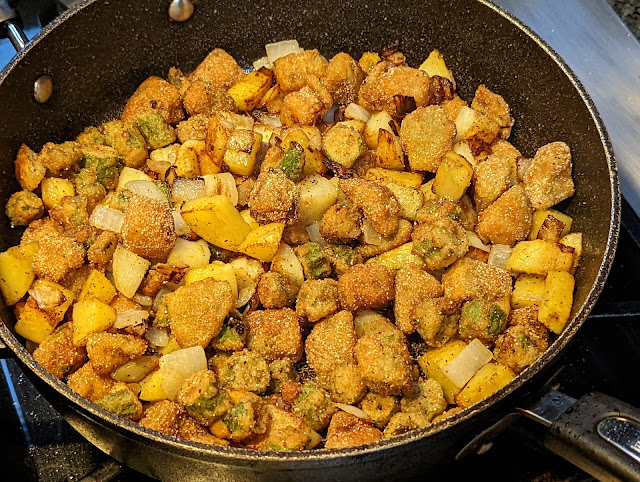 Serve and enjoy and for us, this was the entire meal so I could eat all I wanted it. 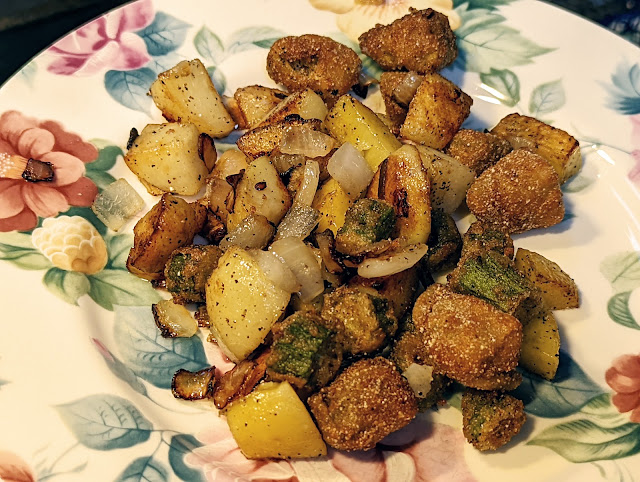 It was very good, as always, and I like it better due to the crispiness of the okra and tomatoes.