I saw this recipe on Food Network and thought it would be great for my low-carb diet and to turn it into a main dish, I added two cups of cubed Kentucky Legends Ham.  The recipe calls for roasting the cauliflower prior to assembling the casserole but since I’m not a fan of roasting veggies, (except potatoes), I steamed the florets until they were nearly done.  Also, since I like every bite to be the same, I mixed everything in a large bowl (except the final cheese topping) rather than adding dollops after baking.  You can click on the above link for the original recipe. 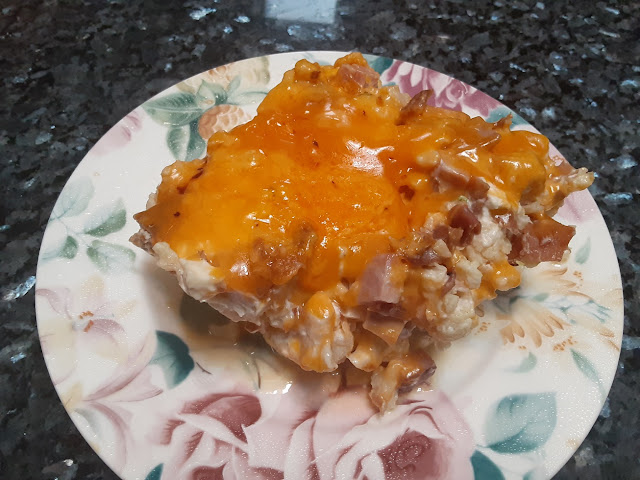 2. Cook the bacon (or proscuitto) in a medium nonstick skillet over medium heat, stirring occasionally, until brown and crispy, 6 to 7 minutes. Transfer to a paper towel-lined plate

3. Steam the florets until they are crisp tender.

4. Chunk the cream cheese and add to a large bowl along with the sour cream and one cup of the cheddar.

5. Add the hot cauliflower to the bowl, season with S&P, and mix well.

6. Mix in the onion, prosciutto, and ham. 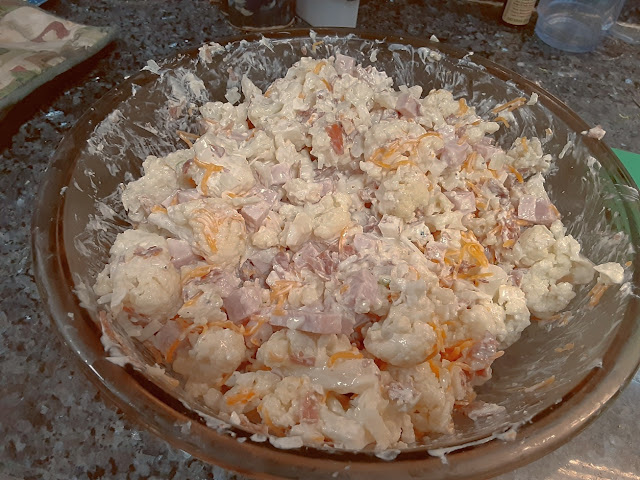 7. Pour into a prepared 9”x13” pan and top with the second cup of shredded cheddar. 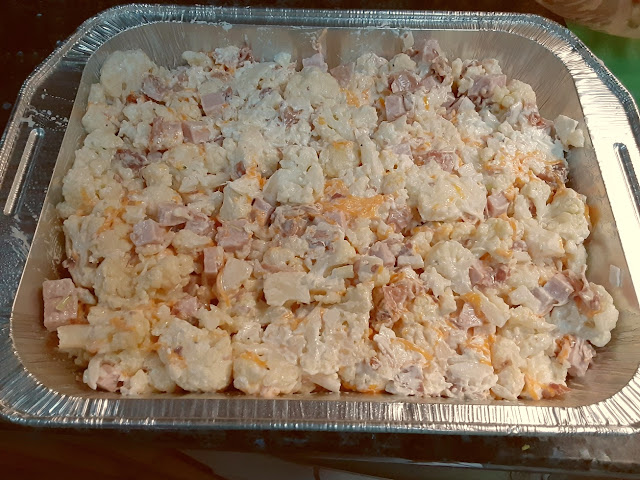 8. Cover with foil (or not) and bake until cauliflower is tender, cheese is melted and bubbly – about 10 minutes. 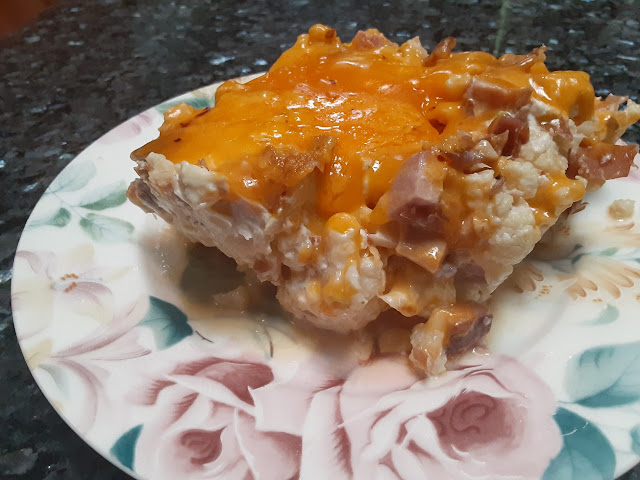 I didn't have particularly high expectations when making this dish but we all thought it was delicious and it will be made again as either an entrée or a side-dish.  Cheesy cauliflower dishes are becoming very popular with us and it all began with Chef Lea Ann’s blog post for Cheesy Creamy Tangy MicrowaveCauliflower on her Cooking On The Ranch Blog. 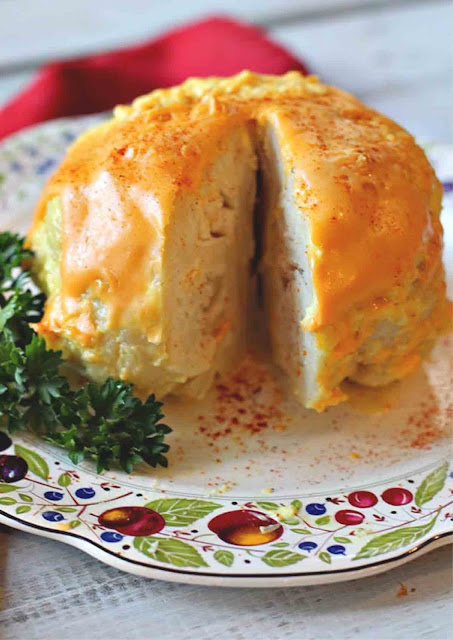