The closest supermarket to us is the Food City in Vonore, TN which is 6-7 miles away and it has become our go-to store since Covid – used to be the much more crowded Walmart in Maryville since we regularly drove by it.  Food City advertises their beef as upper choice, Angus Beef and I’ve not had any complaints until now. 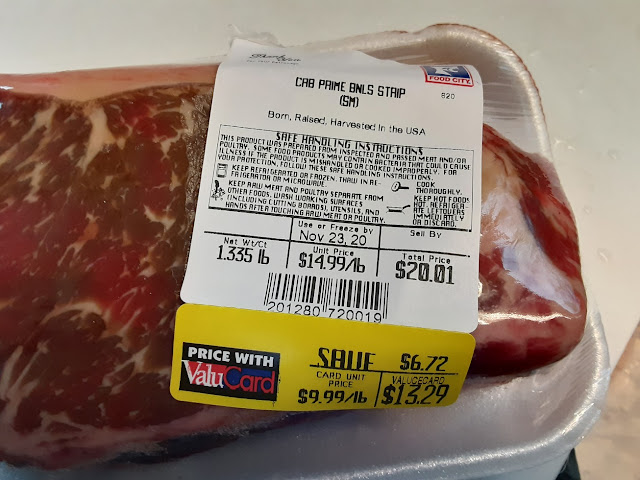 I had a couple of filets to cook for Bev & Pat and seasoned them all with Montreal Steak Seasoning. 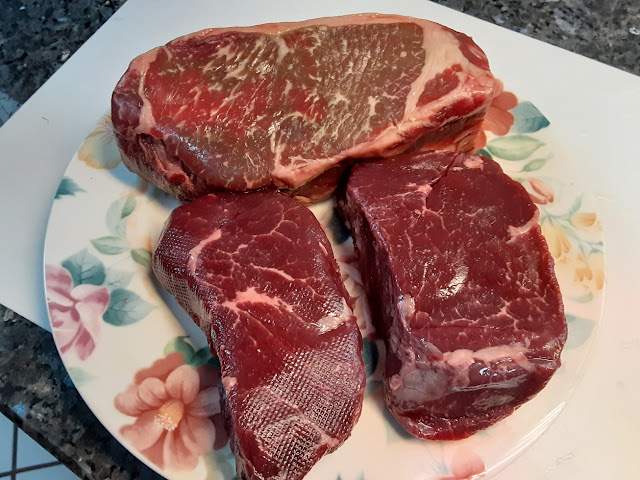 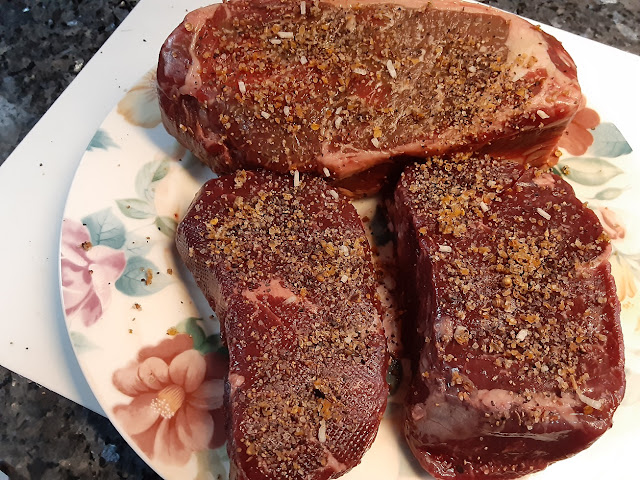 Since it was in the 30’s with snow flurries, Bev easily convinced me to forego the grill and pan fry them – guess I’m becoming a pansy. 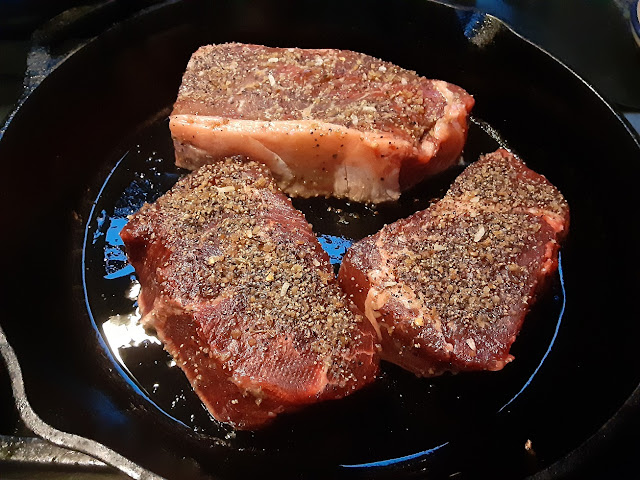 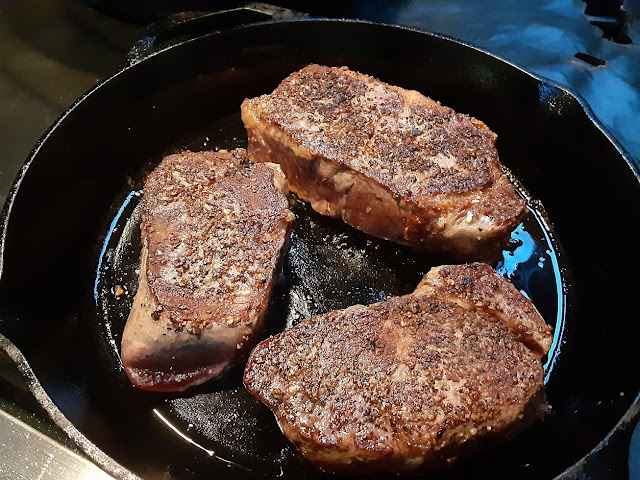 At any rate, I got them cooked just right for us. 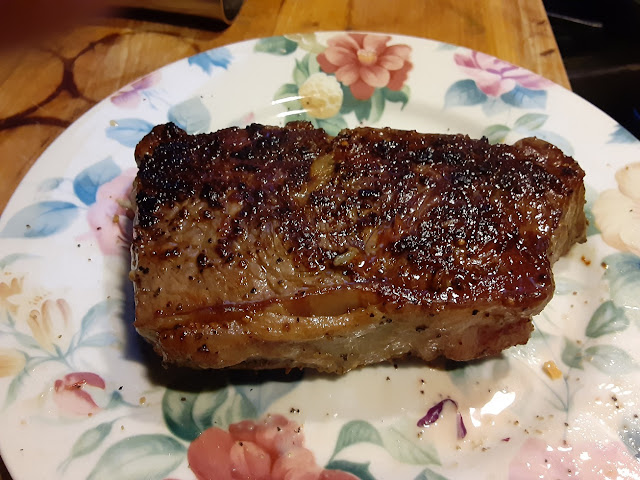 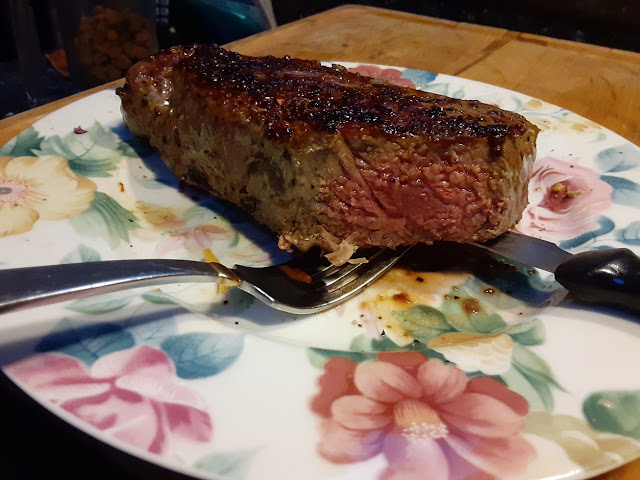 My expectation for prime beef is very good flavor and tenderness and this steak's flavor was okay, but it was much more chewy than it should have been – more like a sirloin might be.  I don’t know if beef grading standards have changed or this was just an anomaly but I hate to think I need tp use the Jaccard on prime grade steak.

Then I had purchased a beautiful looking 3½ lb. chuck roast and Bev decided she would like to use it for chili rather than our usual hamburger.  When I open the package and flipped it over, one end was about all fat and after fully trimming, I ended up with 1.6 lbs. of fat and 2 lbs. of meat.  I know stores always put the pretty side up but I’d never seen a piece this bad.

I saved the fat and took it back to the market to show them – I’ve never complained at a market or sent a restaurant meal back, but this was too bad to let go.  They offered me another roast which I declined but said I would have them unwrap and show me the bottoms from now on and if I see this again I’ll change stores.

Now, back to the steak.  I had eaten about two-thirds of it for supper and decided to use the leftovers for breakfast.  I sliced it fairly thin then into chucks and tossed it in a skillet with some onions to just warm it up.  I added a couple of jumbo eggs beaten with a little cream and Mexican Blend shredded cheese and cooked everything into large, soft curds.  I laid it on a piece of toast that had been cut from the center of a round loaf to get this yummy meal of not so traditional steak and eggs. 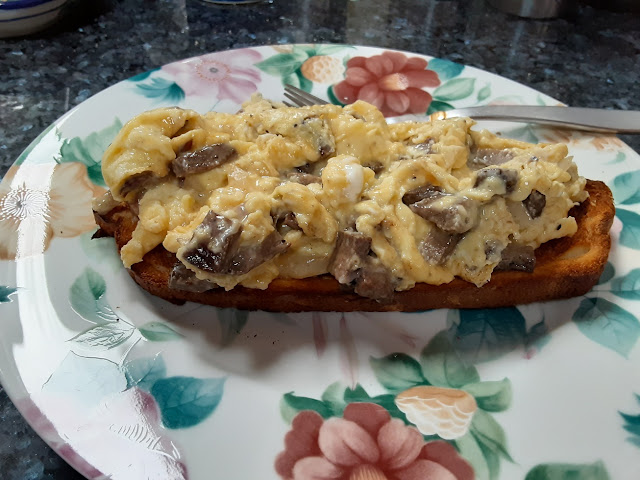