For those of you eating more of a Keto diet, you may want to skip this post as our planned Christmas meals were on the opposite end of the spectrum.  It all started when Bev decided upon one of her favorite holiday meals for this year’s Christmas supper - potato soup with cornbread.  Then she was looking on-line and saw several biscuit recipes and said she’d like to try them sometime so I suggested Christmas breakfast as a start. 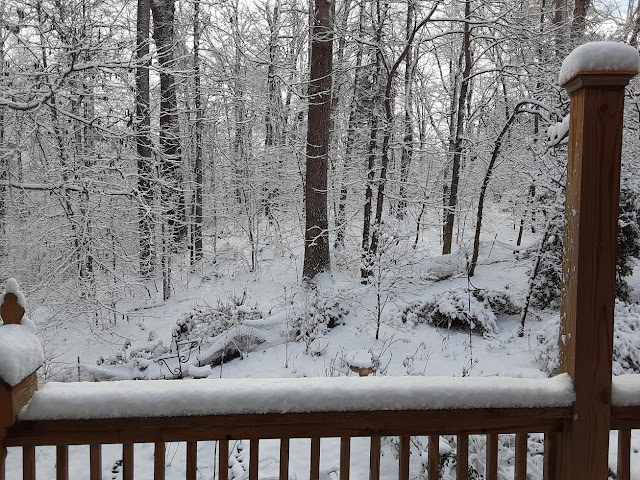 We normally just opt for Pillsbury frozen biscuits but for this meal she used a biscuit recipe that I’d saved from Tricia on her Saving Room For Dessert blog, simply titled Buttermilk Biscuits Recipe and Bev made them by the recipe with a significant mistake so they didn’t look as good as Tricia’s.  Bev also made them larger for more gravy holding capacity so she only got nine rather than 12.  Rather than reprint the recipe here, please drop by Tricia’s site for it and great pics like this one. 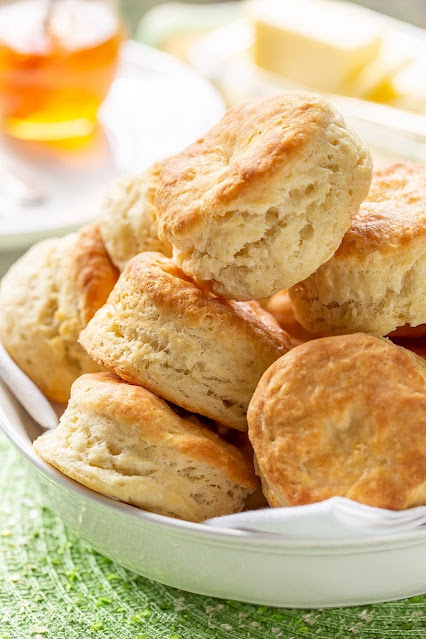 In spite of the manufacturing mistake, the biscuits still tasted very good and Bev looks forward to giving them another try. 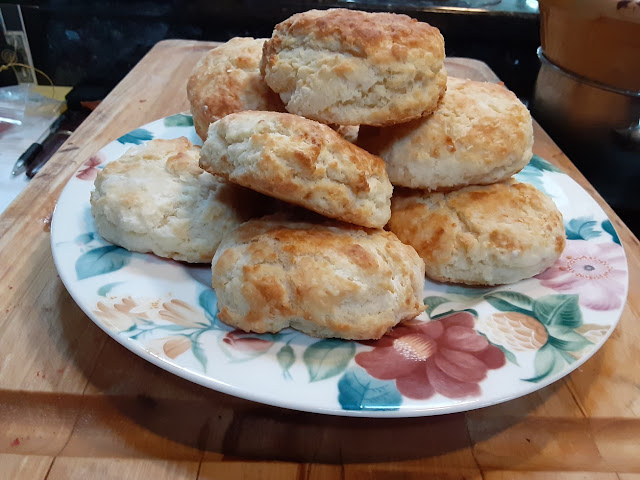 I’ve never used a recipe for sausage gravy but decided to give one a try from Nicole on her Salty Marshmallow blog.

1. Brown the sausage in a large skillet over medium-high heat until no longer pink and break into small pieces.

2. Add the butter to the pan and stir it around until melted.

3. Sprinkle the flour over the sausage and stir for a few minutes to cook the raw flour.

4. Pour the milk into the sausage and flour mixture slowly, whisking constantly until smooth.

5. Whisk in the seasonings. Taste the gravy and adjust seasoning if necessary.

We had only the biscuits and gravy for breakfast along with a glass of champagne – what a great way to start our day. 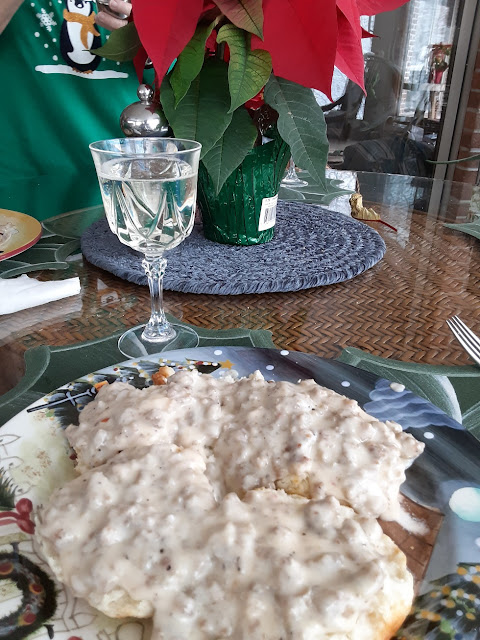 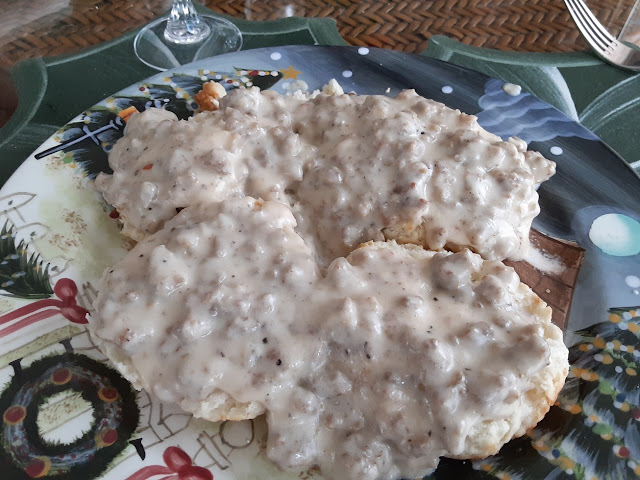 I always wish for a white Christmas but it rarely happens here, but it did this year and judging from the deck railing, we got about four inches.

Picture early Christmas morning as was the first one. 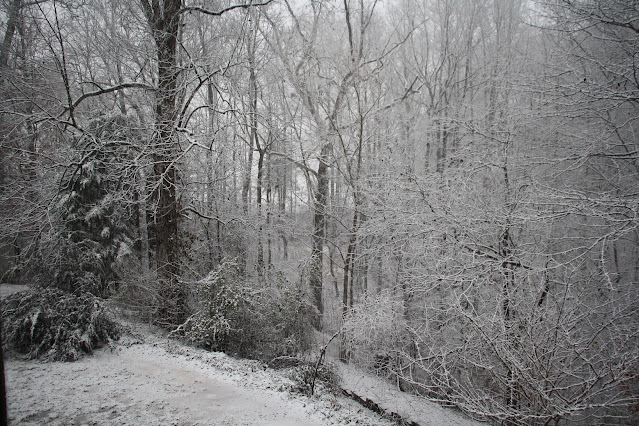 Unfortunately, it fell rapidly on Christmas Eve and turned to slush on the warm roads but since the temperature dropped so rapidly, it froze, rather than drying off, then got another inch or so of snow on the top so we were snowed in.  These shots came from my neighbor when it was snowing hard on Christmas eve. 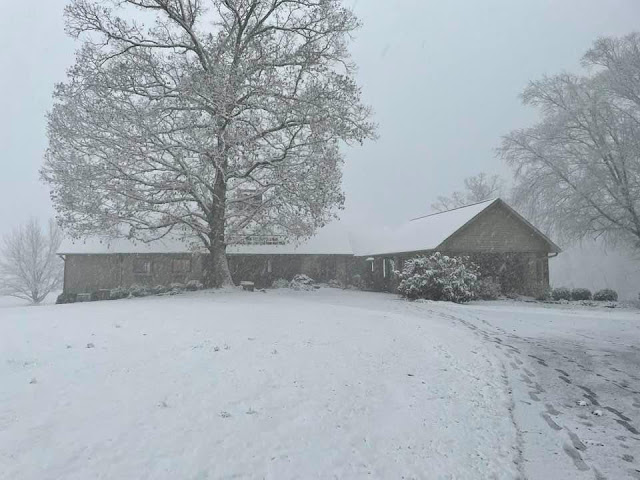 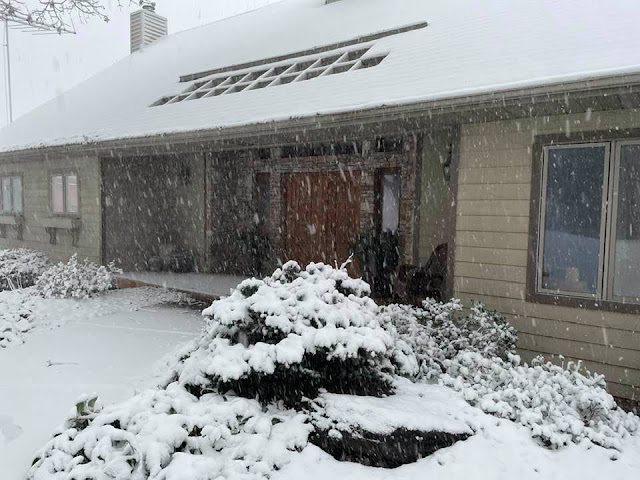 While breakfast was cooking, I did something I’ve wanted to do for 25 years, build a full width fire in our fireplace and my buddy Joe cut me some four foot long longs to make it happen. 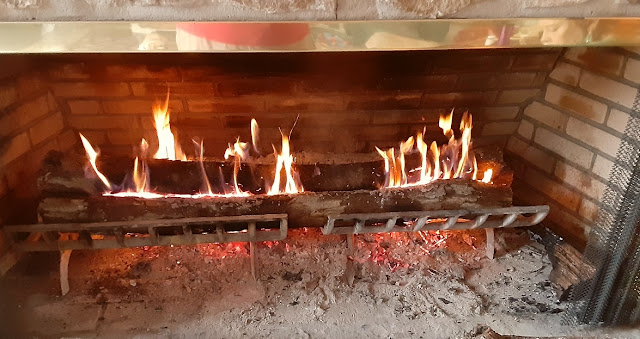 Pat spent the night and here are my two Christmas elves ready for the day. 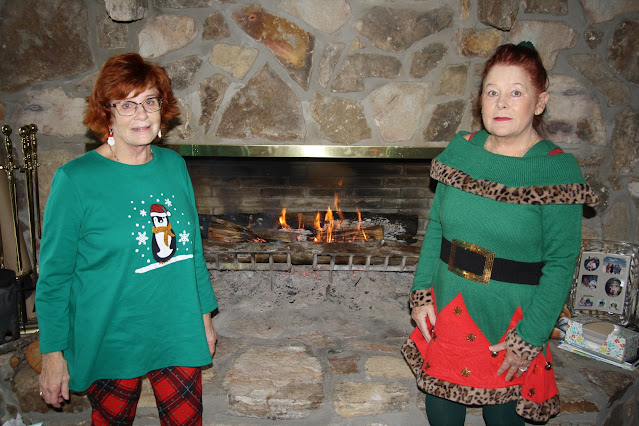 Later the sun came out and the snow glistened. 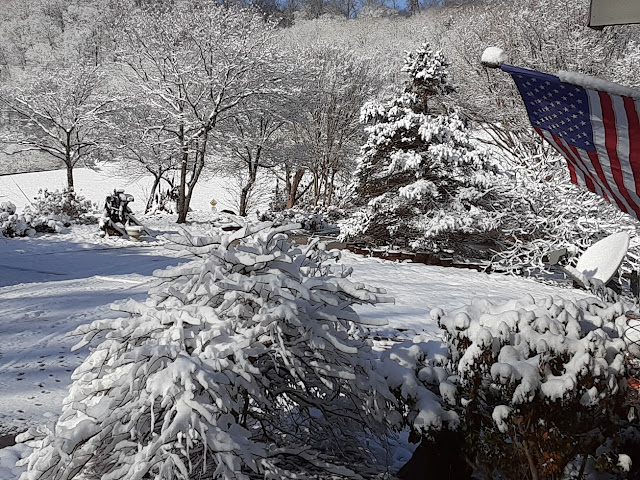 The plan was for potato soup for us and some to be delivered to a few friends along with homemade bread or cornbread but the weather cancelled the deliveries so we delayed them for a day and instead we ate leftover sausagebean chowder and chicken noodle soup for Christmas supper.  All-in-all a really good Covid Christmas.