We last made this dish in March, 2018 and decided it would be a good meal for our Thursday delivery on a cold December day.  I had adapted the recipe from Emeril Lagasse and used the same one again but made 1½ recipes so we would have some as well.  I won’t reproduce the recipe here but it can be found at this LINK.   I only used four cups of beef broth and thickened with seven tablespoons of cornstarch mixed with some water before adding the root vegetables and it was just right. 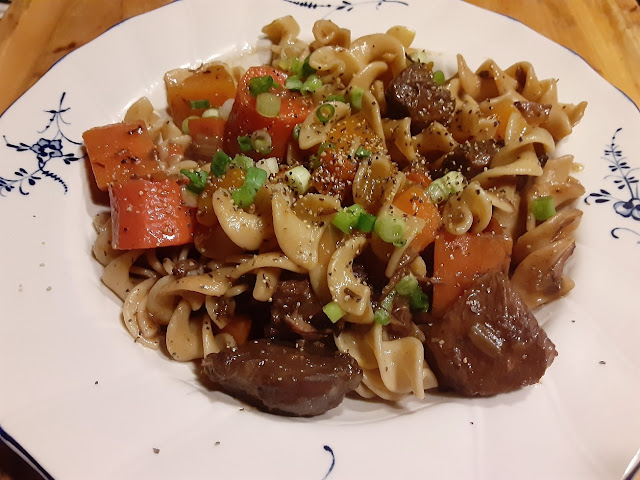 I used five pounds of well trimmed sirloin, cut it into cubes, seasoned with salt and Emeril's Essence, browned it in three batches, and removed it to a plate. 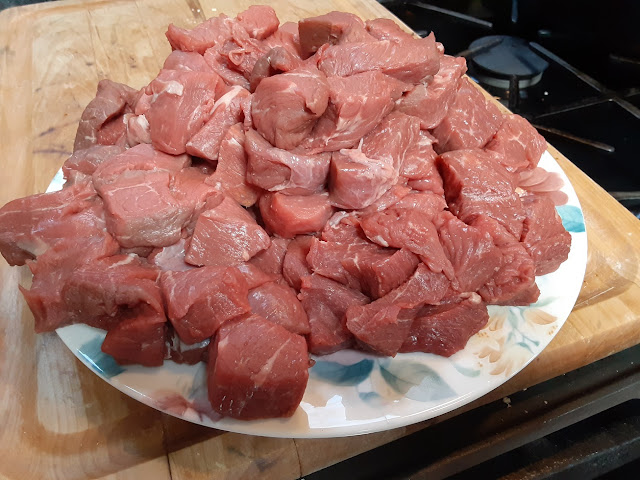 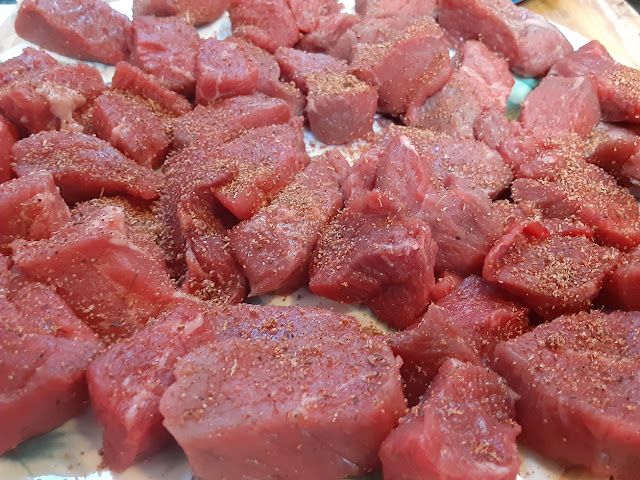 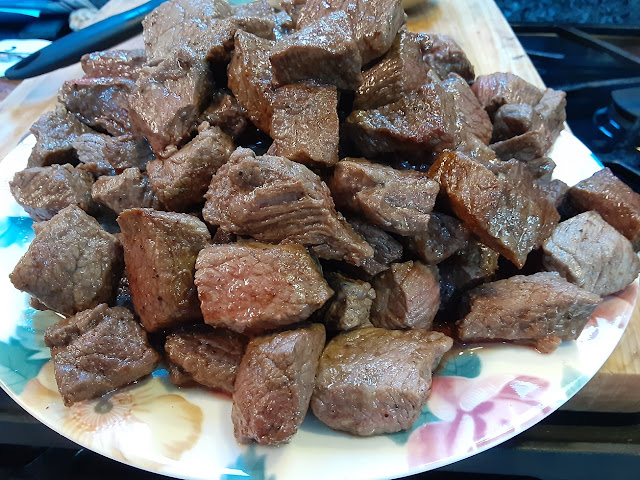 Then I cooked the mirepoix (French speak for carrots, onion, and celery) until it was tender and stirred in the herbs and spices. 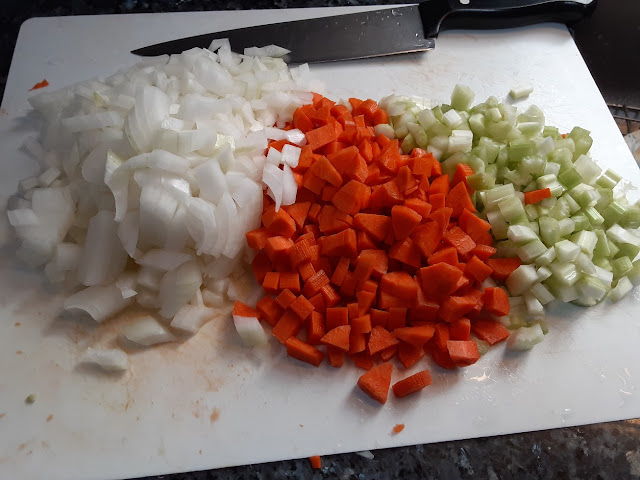 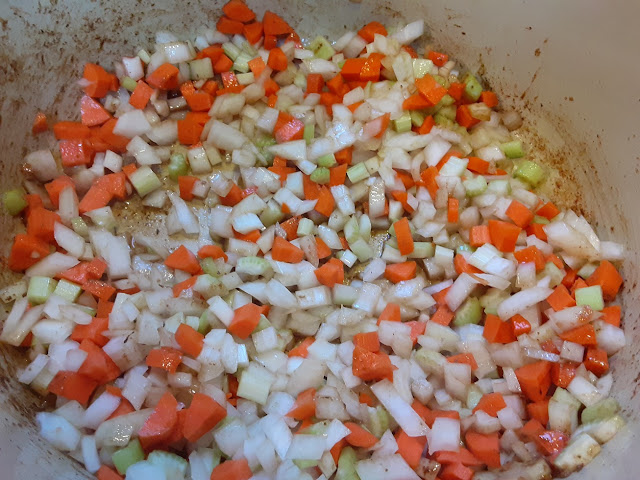 After that, the meat was returned to the pan along with wine and beef broth and it simmered for 90 minutes to tenderize the meat. 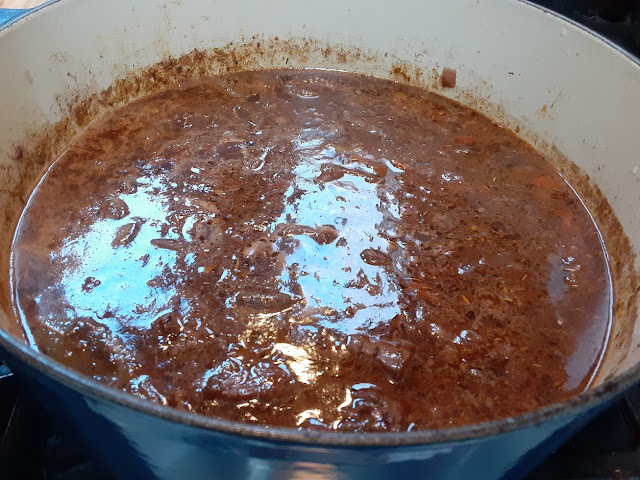 Finally the root vegetables went into the pan to cook until tender (about an hour).  I used sweet potato, winter squash, and carrots but had to omit the parsnips as the local store had none.  I’d say there is little demand for them in this tiny southern town - turnips are more likely around here. 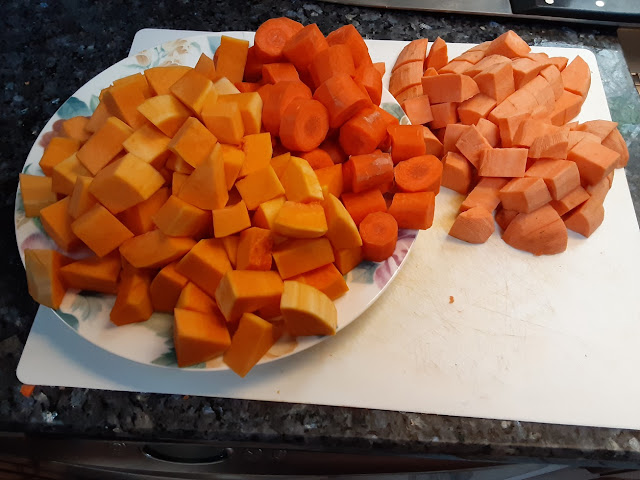 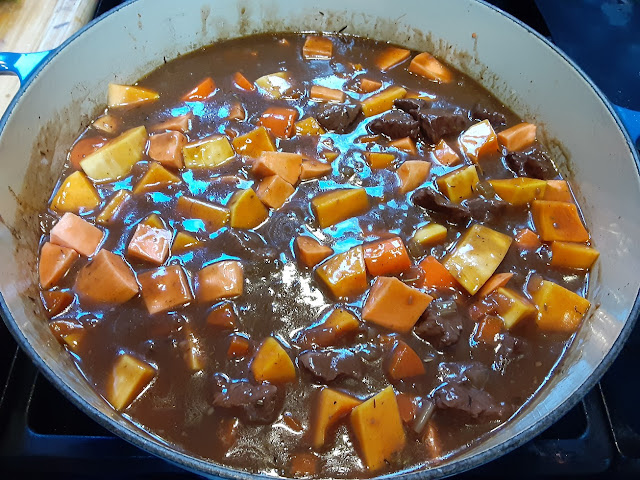 We served it over wide egg noodles and once again, it was very good and something to keep on the make again list. 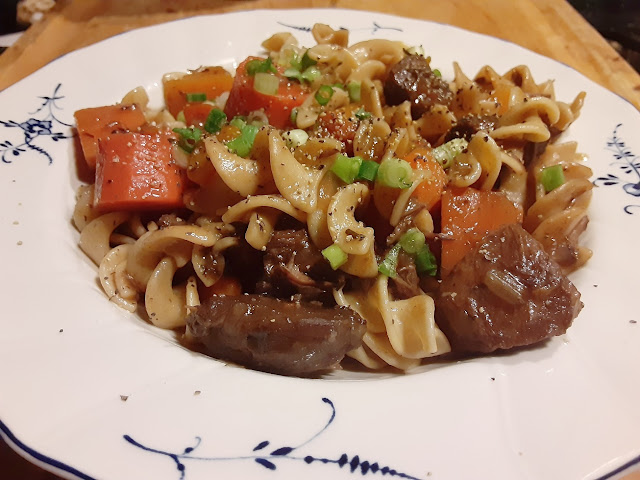 After nine months of just reading and hearing about Covid-19, it has finally impacted people we know.  Our neighbors and close friends have advised us that the family of Steve’s son have all tested positive along with one of their close friends and, even closer to home, Cindy has it in California while visiting her daughter.  She apparently got it from her local son the day before she left and now her daughters family has all tested positive.  So far, Cindy has had very mild symptoms and hopefully it will stay that way and since she went from her son’s house to the airport, she had no interaction with us.  So, I made a major trip to the store, cancelled a doctors appointment and a foot surgery, got a very short haircut, and we now plan to hunker down thru the holidays then see where things are.