I’d seen this pizza made on TV and since I had some really good ingredients on hand, I wanted to give it a try and serve it to sausage fan (ex-Chicago) friends Laurie and Dave.  I decided to use our favorite Lithuanian Sausage (from the Wurst Kitchen)  but wanted to cook it first too make it easier to slice later and be certain it got done on the pizza.  Since I didn’t want it to cook too much, I cooked in Sous-vide in 140-150F water for six hours (this was the temp my stove would hold the water at and in the range I wanted).  Here it is in the vacuum sealed package with a probe thermometer monitoring the water temperature. 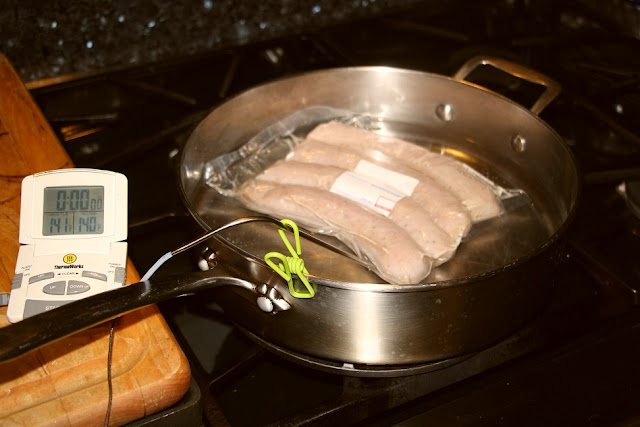 After removing from the water and packaging then cooling, I easily removed the sausage from the casing and sliced it into 3/8” thick rounds – the sausage was firm and still a little pink inside. 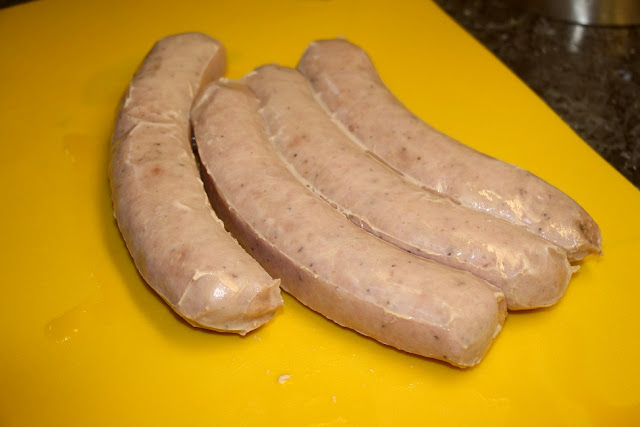 About an hour before cooking, I let the other ingredients come to room temperature, topped one of the Naan breads with a sliced baby Swiss cheese and melted it under the broiler.  I’m sure this is a departure from German but we love cheese and I wanted to do a taste test.

Next, I painted a layer of Inglehofer Stone Ground Mustard on all both Naan breads and added a layer of delicious, real-deal kraut from the local Mennonite farmers market. 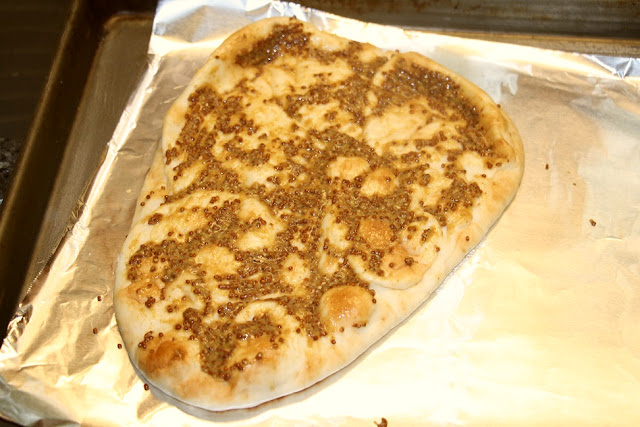 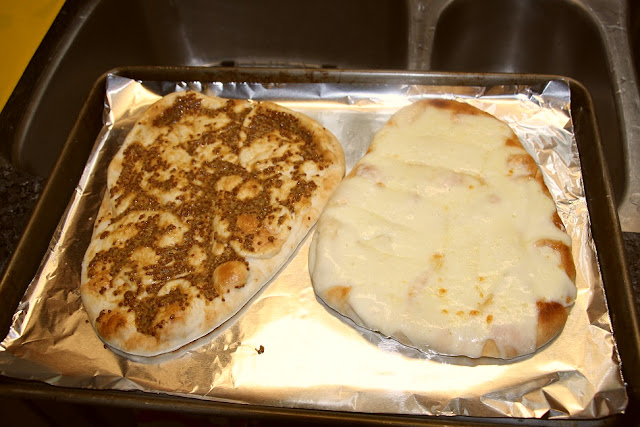 Finally I added the sliced sausage in a grid pattern about 2” apart. 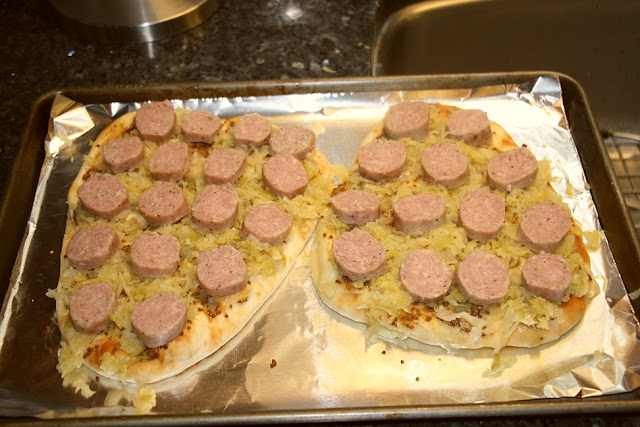 I baked it in a 400F (convection-bake) oven for 10 minutes and the top ingredients were very hot and the Naan was crispy on the bottom. 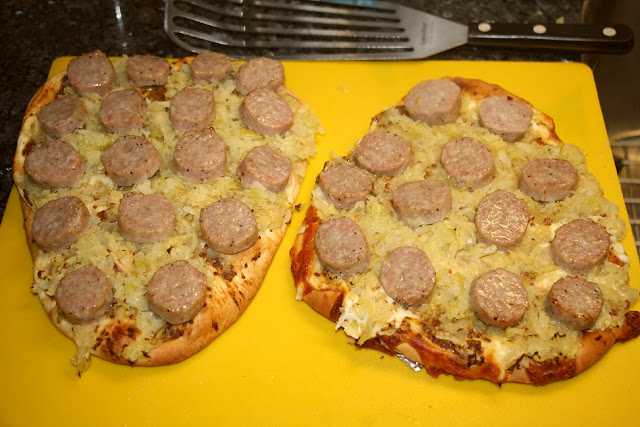 Finally, I cut the pizzas into 2” squares and served with additional mustards on the side. 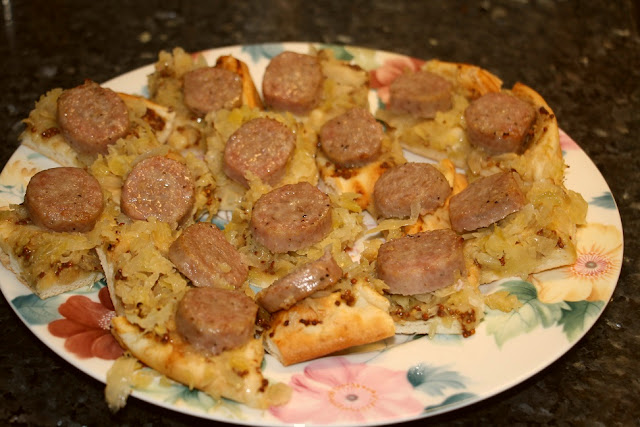 The consensus was that they were good and this makes a nice appetizer but the difference between the cheese and plain was not really noticeable.  We all said we would want it again but next time I’ll do it differently.  I believe brats are cooked similar to these in a German Bier Garten (likely simmered in beer) but I miss the flavor added by the grill so next time, after cooking and removing the casing, I will I put them on a hot grill for a couple of minutes per side to add a little crust prior to slicing for the pizza.