While in Sycamore, IL, there was a little dive looking place at the end of the road entering the campground that Bev found totally fascinating and insisted we check it out.  It’s somewhat hard to describe so we’ll use their words – “A butcher shop that cooks.”

All of the meat cooking and smoking is done over charcoal on outside grills and the eating is at picnic tables also located outside.  The inside contains a case full of good looking meat, homemade salads of all kinds (slaw, potato salad, pasta salad, etc), deli meats.  They serve hot and cold sandwiches along with plate meals from the meats they cook. 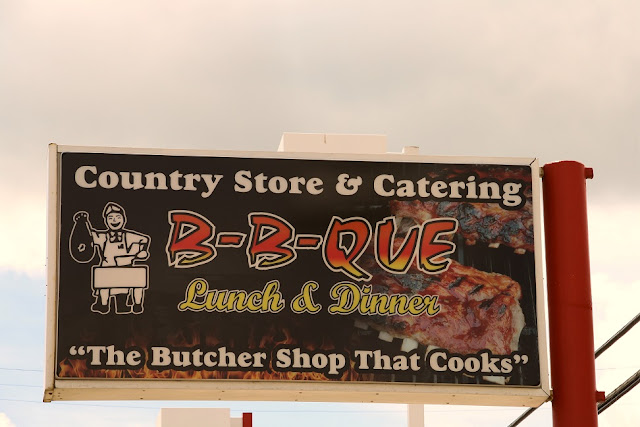 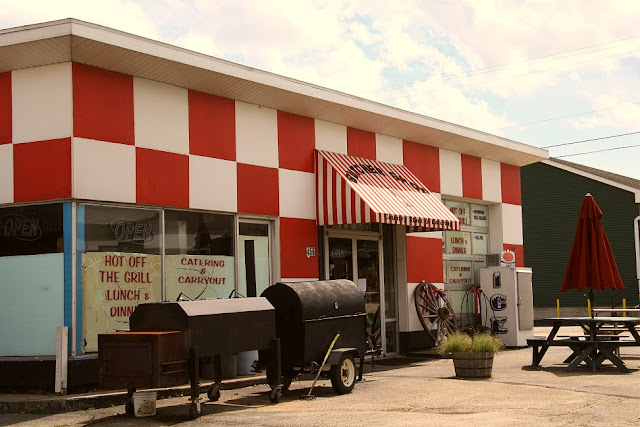 The Country Store & Catering has a fine looking meat case with both raw and prepared ready to cook meats such as stuffed pork chops. 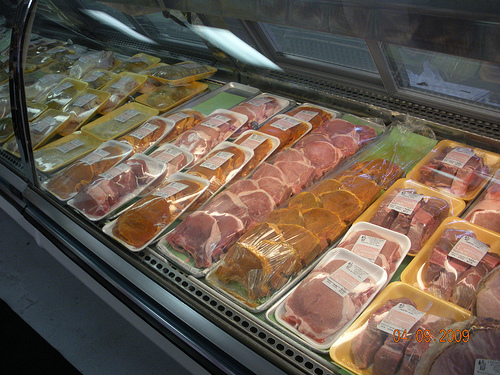 We bought a stuffed pork chop and a pork loin & bacon wrapped andouille sausage but didn’t cook them until we got home.  I enjoyed them both but preferred the pork chop.  Here is the raw chop and as you can see, they cut in from the fat cap side to add the stuffing with the one negative that much of the stuffing came out as the chop cooked. 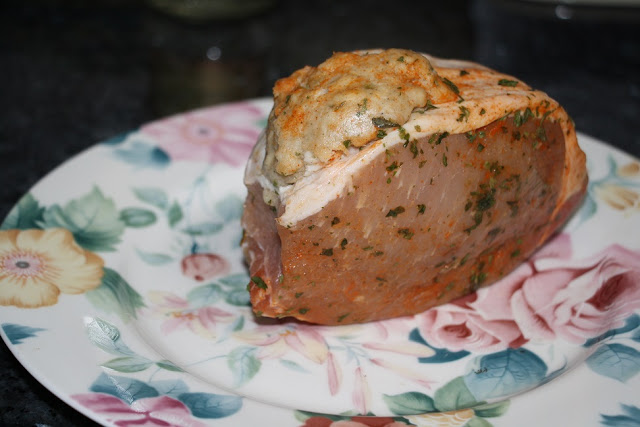 Our neighbors were leaving on an extended RV/bicycling trip to New England and Nova Scotia and we wanted to send them off with a meal and they chose sausages with peppers and onions so we picked Lithuanian, and Cheddar Jalapeno brats.

Normally, I just grill them whole, but I decided to do it a little differently beginning with making a little pocket in the bread.  Then I cut the brats lengthwise so they would cook faster, have more crust area, and open up in the bun to provide more space for the toppings. 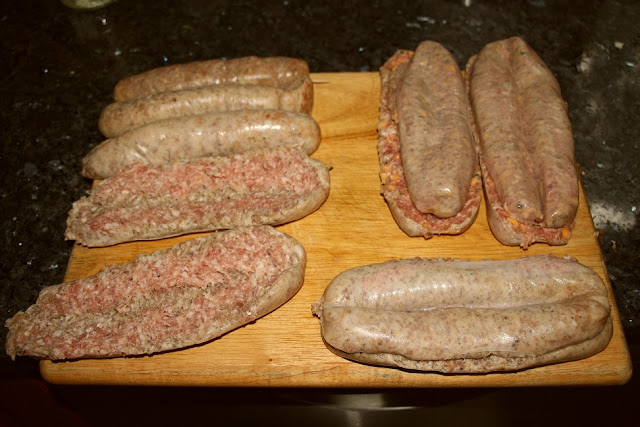 Bev used the discada to cook the big pile of veggies as she wanted a big surface area to insure they got caramelized rather than mostly steaming in our big saute pan.  We don't break this thing out often but when we do it works beautifully. 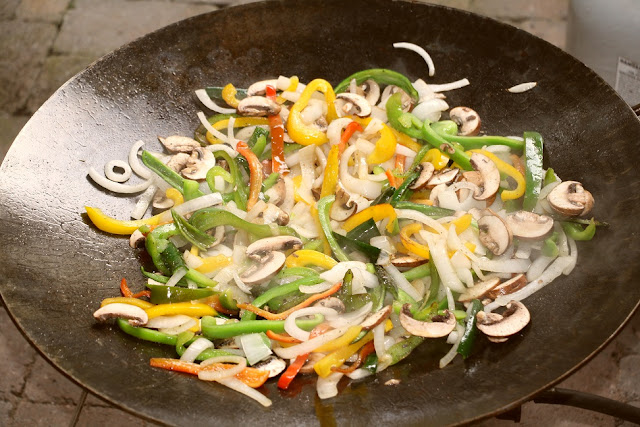 I cooked the brats flat side down first then flipped them and topped with cheese and I expected them to curl from end-to-end and to close back up along the cut line but they did neither and laid flat on the grill – likely because the cut casing could have no impact on them.  Here they are ready to serve and as it turned out the best way to build the sandwich was to lay the flat brat on one side of the mustard coated bun and the veggies on the other, fold closed, and dig in – my sandwich shots didn’t turn out. 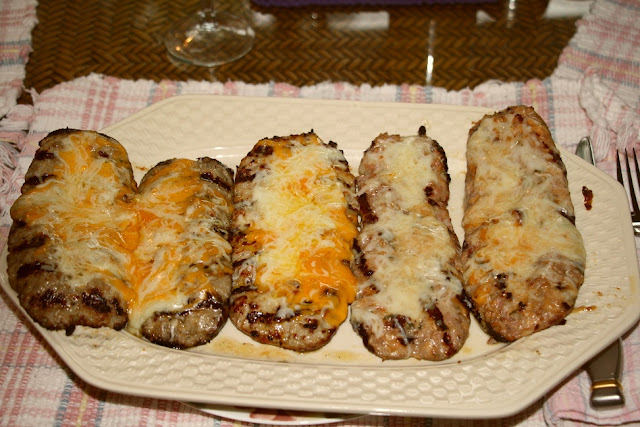 My choice was the cheddar jalapeno brat and I loved it with just the right amount of heat from the peppers.  Then I ate about one third of the Lithuanian with some mustard and kraut and it was also delicious.  I’m looking forward to working our way through the half freezer shelf full over the next several months.

Good friend Russ likes to enjoy a margarita or so when he comes over and I couldn't resist buying him this super sized glass while on our trip - it's about a foot tall and holds several normal sized margs. 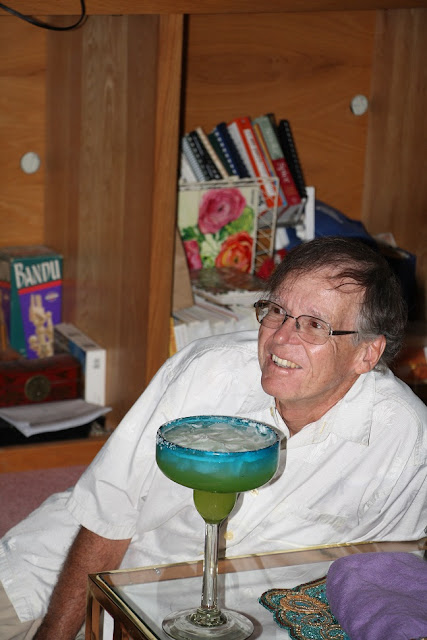