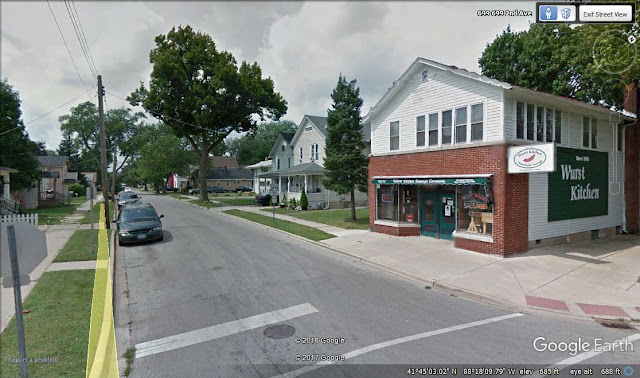 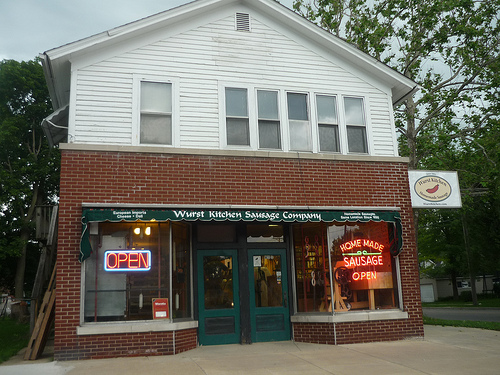 We were waited on by the owner’s daughter who also helps make the sausage and she was very knowledgeable and helpful.  $250 later we had a summer sausage, several flavors of smoked meat sticks (like Slim Jims but better), at least ten 4-packs of various frozen sausages (including elk) and a few odds and ends. 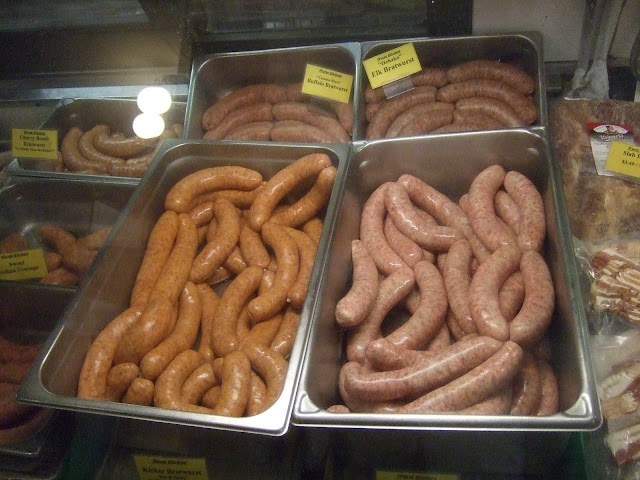 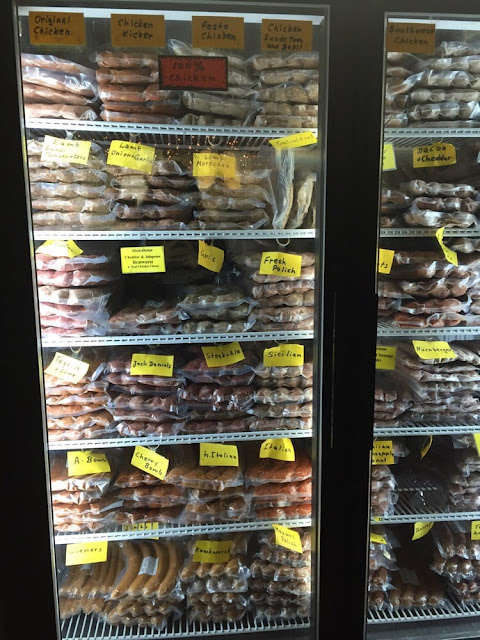 At $7-8/lb, we thought the sausages were a great deal and see several potential blog posts in them.  Eric's go-to sausage place is Kreger's Brat & Sausage Haus in Naperville and I have some of it in the freezer - if we have some of the same from both places, we'll do a taste test.  Access to neighborhood restaurants and specialty stores like this is one of the redeeming values of the big city - maybe the only ones for me.

Mid afternoon, we headed a couple of towns south (they all touch each other) to Lemont, IL for supper at the Old Town Restaurant located on a main street in downtown - the pink building. 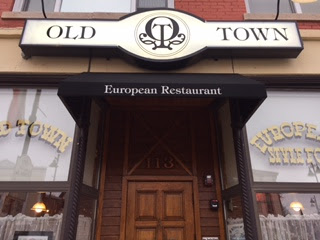 It bills itself as a Polish and Lithuanian restaurant with a little German thrown in and judging from the languages being spoken by most of the customers, it was easy to believe.  According to the server, there are a lot of Eastern Europeans living in the area - about 40% Polish and Lithuanian.  The inside of the restaurant was very well decorated in a nice European style - the ceiling decorations appeared to be carved wood. 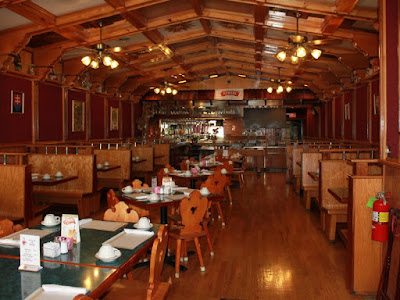 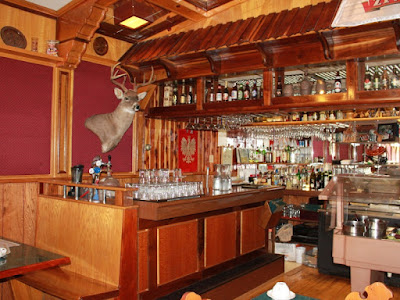 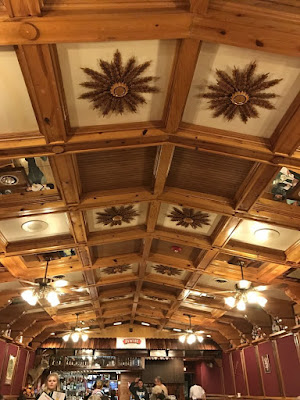 We ordered some wine and beer – Żywiec on tap and two appetizers – mixed perogi’s (filled dumplings) and Kugelis’ (square potato cakes) all of which were good.  Next up was soup and Eric and I got liver dumpling soup (beef broth with liver meatballs) and the others had beef noodle – I thought the soup was very good.

For main courses, the kids had Schnitzel and cheese perogi’s. 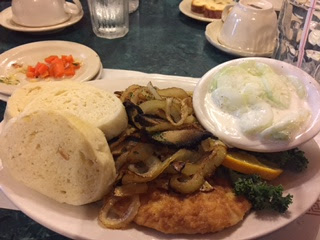 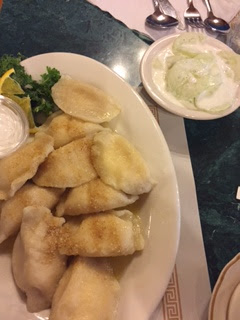 For the rest of us, it was a Polish Plate - stuffed cabbage, sausage, periogi's, potato dumplings, kraut. 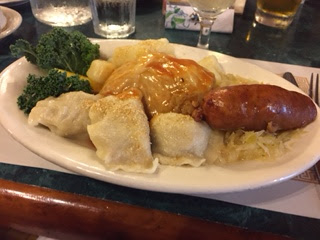 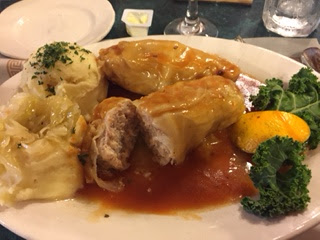 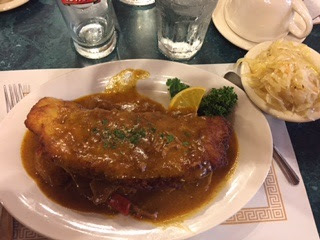 And  a Lithuanian Plate for me - pork cutlet, sausage, potato dumpling, Kugelis’, and kraut. 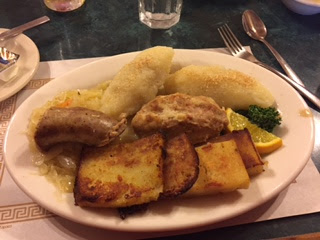 We were served a plate of mixed Kolackes for dessert. 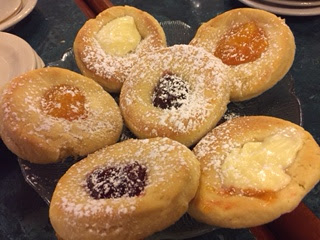 I thought everything was good but not great and since the place came highly recommended, including 4.5 stars from Yelp and Trip Advisor, I assume that this was excellent for this type of food but just not as good to my taster - perhaps a little too bland.

So for the trips food recap, I would not go back to Superdawg or Lou Malnati's, I would give Old Town another try if in the mood for Polish food, and I would eat breakfast at Egg Harbor as often as I could.  Next trip I'll be sure and write down the recommendations from our Chicago native friends.