Rather than Bev and Pat returning home from Marco, my buddy Joe and I drove the motor home down to meet them while Cindy looks after things around the home place, so I just had a couple of more meals to take care of before we left.  Cindy had already flown home from Marco so this is the meal I fixed for the two of us.  In a previous post, I’d mentioned that I had boiled a bunch of potatoes that needed used and for this meal, I decided to mash them using Pioneer Woman’s recipe (our go-to) adjusted for my potato amount.

Directions:
I put a small amount of water in their container and nuked them until they were about to fall apart then I added the other ingredients and nuked them again to warm the additions.  I hand mashed, adjusted seasoning, and served with a pat of butter on top.

When I bought catfish previously, I had gotten four fillets and decided to give these two a simple southern fry.  I seasoned them with S&P and a little Old Bay and fried them in oil to get this meal. 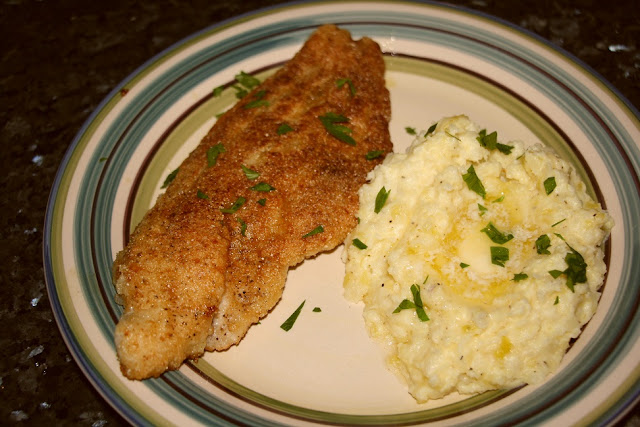 It was delicious as the fish was moist and tasty on the inside and crispy on the outside.  The potatoes turned out to be a learning experience as I had never tried mashing reheated potatoes but I could not tell they were not freshly cooked.  Now I know I can just boil up sprouting potatoes and add mashed to the home fries and hash that we normally use them for.

And what about the leftovers?  Bet this was a surprise. 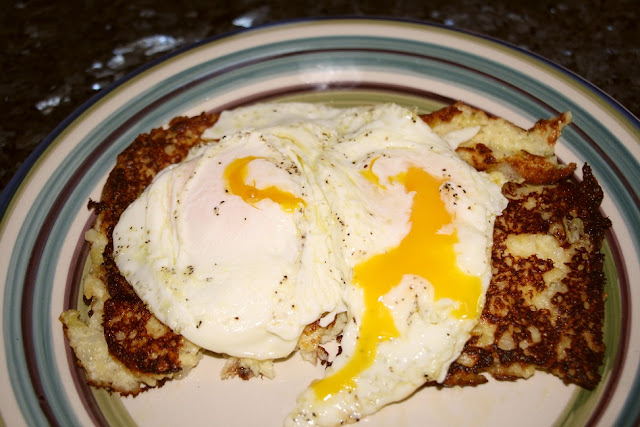 Since Cindy was home and Joe was coming over to spend the night prior to our trip, I needed an easy meal for three without going to the store, so I went thru my saved recipes paying particular attention to pasta dishes.  I quickly found One Pot Chili Cheese Pasta  from Steph on her Plain Chicken blog and since it included the chili I had seen in the freezer, it was a go.

As it turned out the chili was really Sausage Bean Chowder, but as it also turns out, this is pretty much chili made with breakfast sausage and different spices and I decided it would be as good as, if not better than chili.  Since I ended up using Steph’s dish as a guide I won’t repeat the recipe here but you should check it out as hers is one pot while mine is two.

Directions:
1. Cook the pasta per package directions.
2. In a separate pot, heat the chowder and stir in the cheeses.
3. Stir the pasta and chowder together and serve.

Note 1: After step 2, I added the sauce to the pasta to get what I wanted which took all but a pint.
Note 2:  After adding the sauce there was too much liquid, so I let it simmer until it thickened. 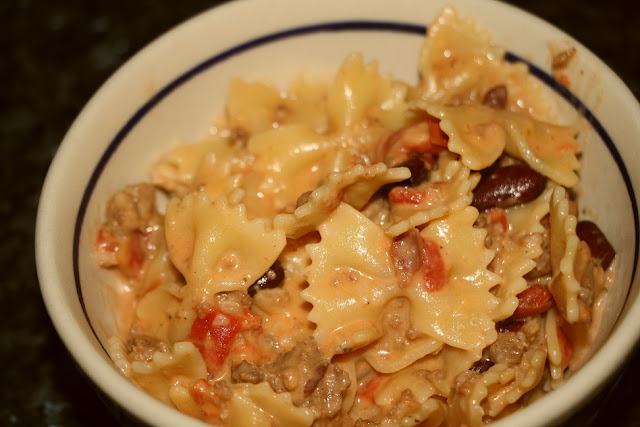 Joe and I (Cindy got a better deal) both thought it was very good and we had plenty of leftovers for our trip.  I'm confident Steph's original recipe would also be very good - thanks for the inspiration.

Thanks for tuning in and I’ll see you in Florida.