On Monday, we decided to drive out to Sanibel and Captive Islands to see if much had changed since we were last here, at least 25 years ago.  While there was some new shopping development, things still looked about the same, especially on Captive with the large named homes and South Seas Plantation Resort at the north end.  We had been to the resort a couple of times, the second to attend my sister’s wedding as she worked there as a property manager.

One of the things we remember from our last stay was eating at the Mucky Duck so we opted to give it a try for lunch – it’s now been there for 41 years. 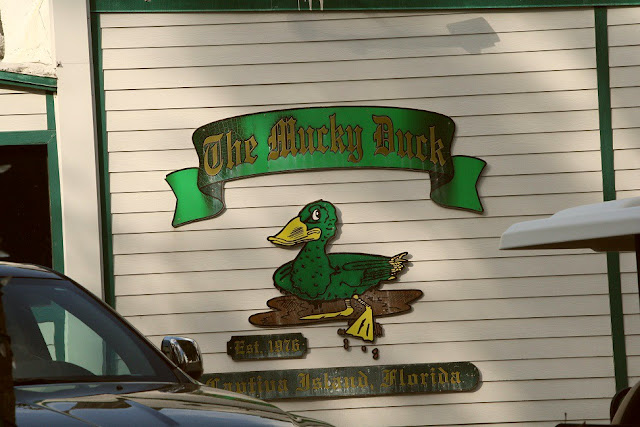 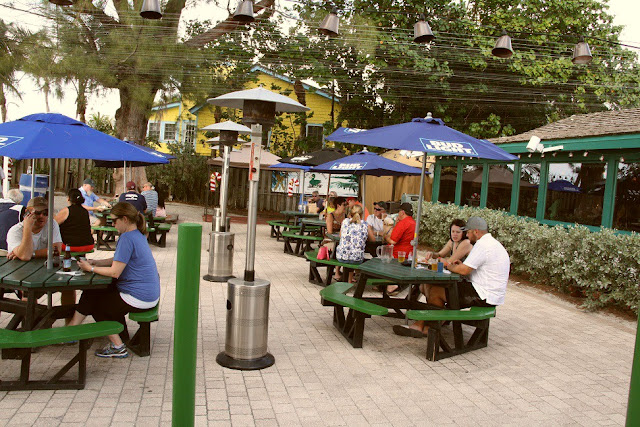 One of it’s claims to fame is being a great place to watch the sunset and with west facing glass and outside seating on the west side they can provide many patrons with that view. 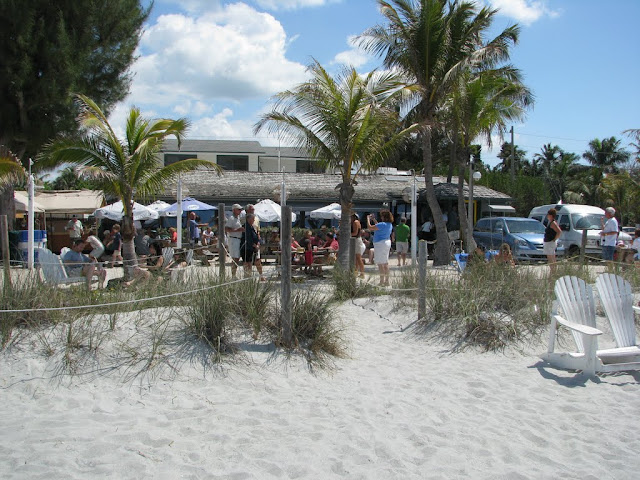 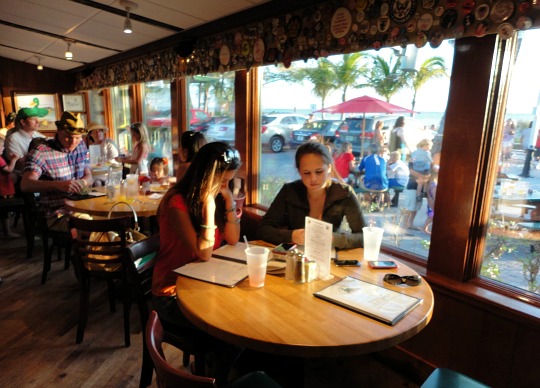 They have a modest menu (21 lunch entrees) that provides a good variety and I’ve always said that if owned a restaurant, that is the way I would do it and make them all very good.  After a careful perusal we did something that I believe was a first by ordering the same thing – the (fried) Crunchy Grouper Sandwich for $17.95. 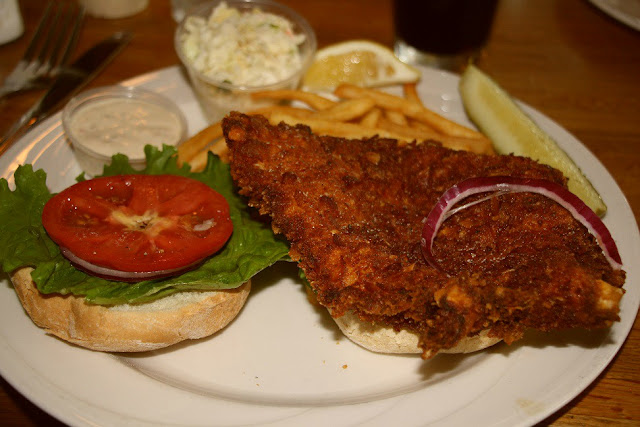 It was a giant piece of fish on a regular sized burger bun so it was a full bite all the way around before contacting any bread – just the way I think a sandwich should be made, especially a burger.  Everything was delicious and I left there stuffed - even Pat and Bev finished their sandwiches.

The other reason I wanted to drive down into that area was to make a stop at Skip One Seafoods (market & restaurant) as it was rated the best in the area. 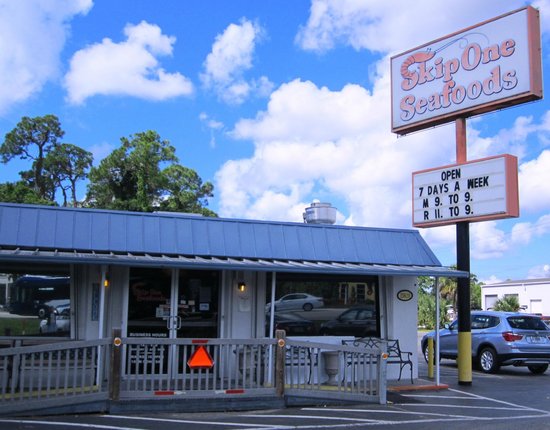 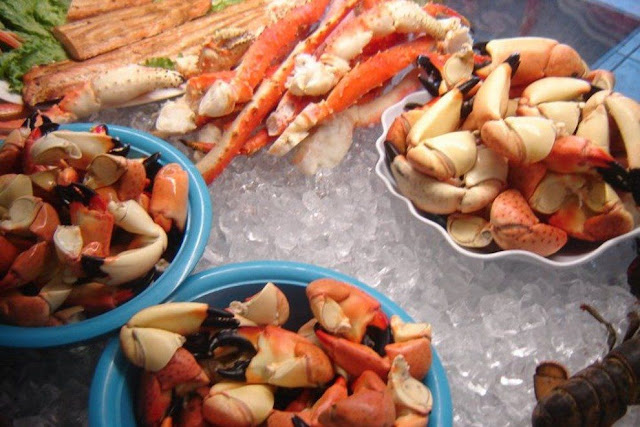 As it turned out, they have their own fishing boat(s) so the fish was very fresh and what they caught themselves had not been frozen.  The shrimp was even preservative free which is what I was looking for – we’d eaten some boiled peel and eat in Marco and my fingers were stinging by the time I finished.  We ended up buying shrimp, grouper, and swordfish to have here and when we move to our next stop.

The next day, I finally broke down and hired The Detail Freaks to detail the outside of the coach which included washing, waxing and the wheels.  The first three are the before then after shots – the wheels were in especially bad shape. 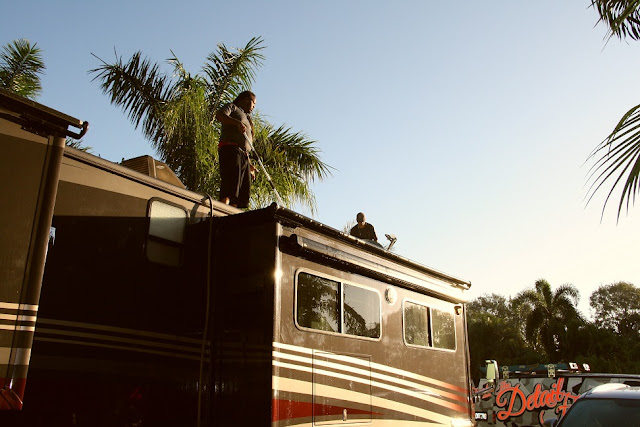 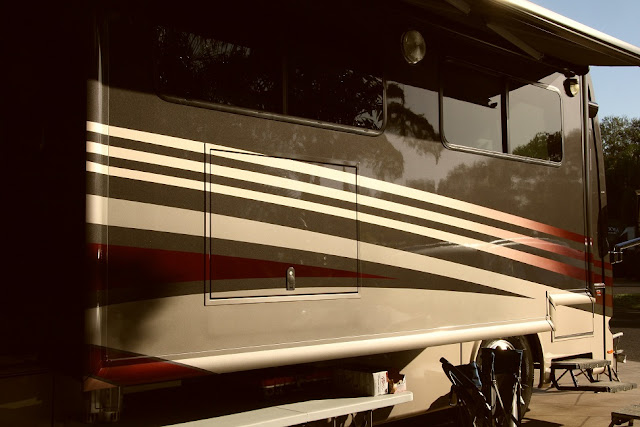 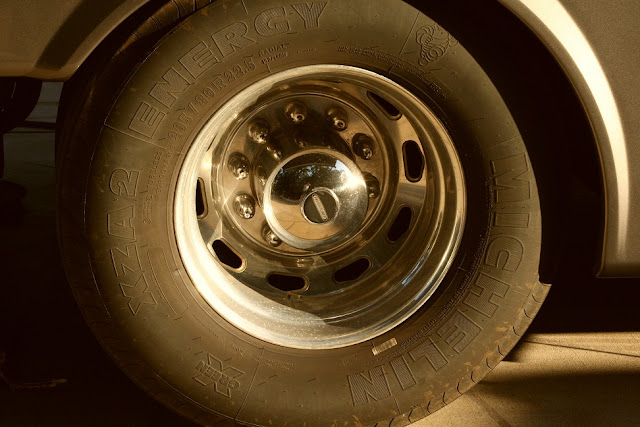 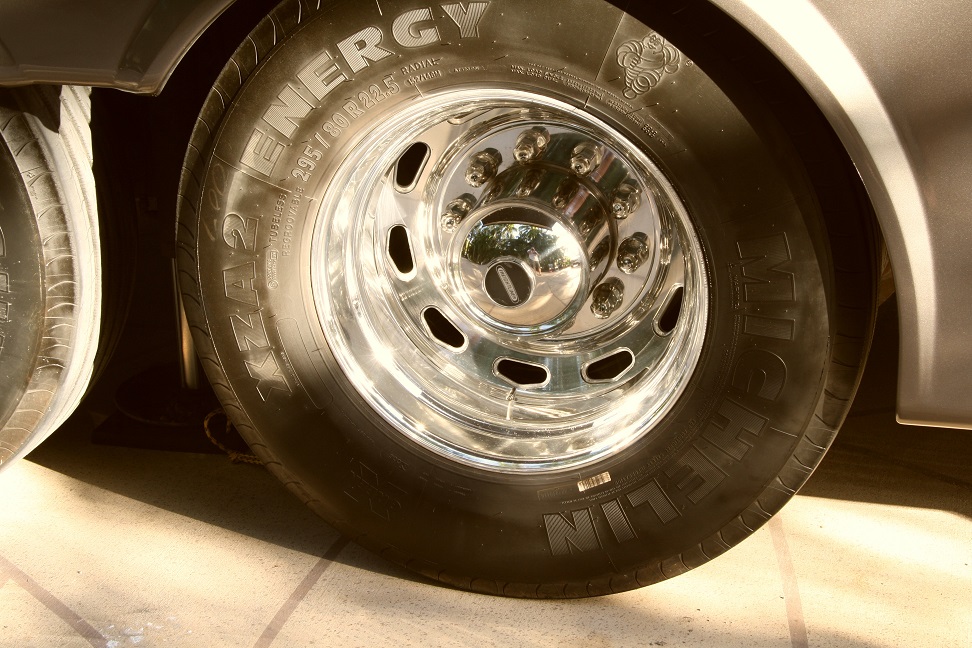 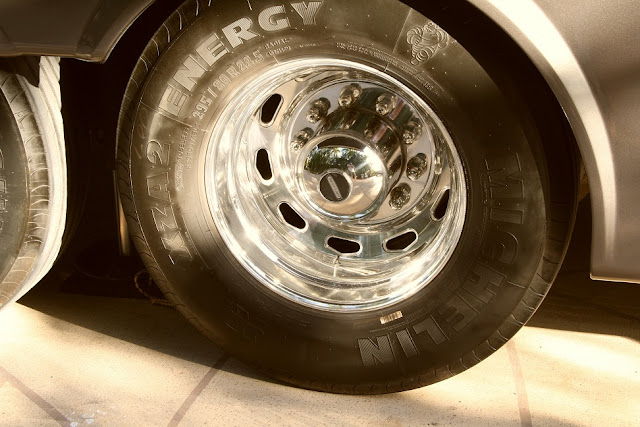 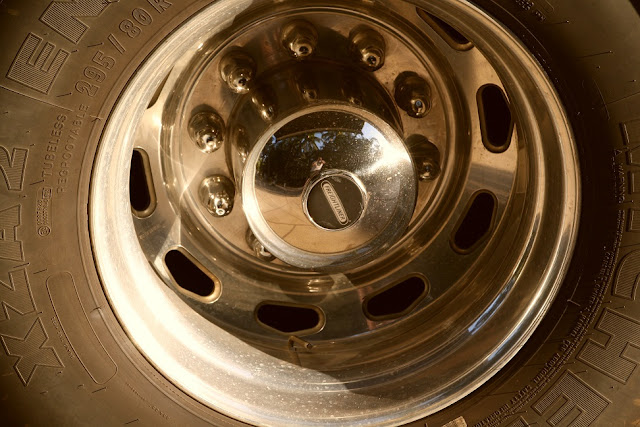 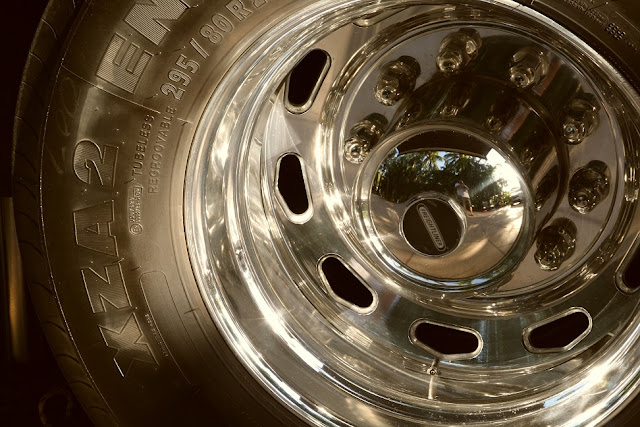 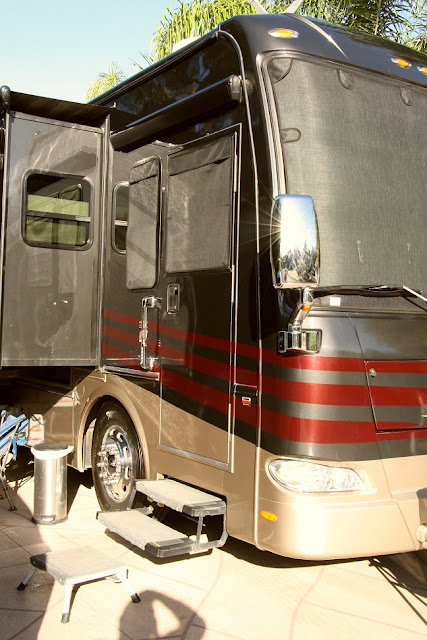 Wow. I cannot believe how much better it looks and while it was pretty pricey, the coach definitely deserved it.