From Amarillo, we continued on I-40 to Oklahoma City and I was surprised as I thought the drive would be through a pretty brown county side but if I didn’t know better, I would have believed we were in the non-mountainous areas of east Tennessee.  We past several wind farms along the way but one to the west of Amarillo ran for 34 miles.

Based upon a recommendation from a fellow camper and good reviews, we opted to stay on the NE side of town at Twin Fountains RV Park.  It was a pretty nice park and I can see it being a destination place.  Some of the sites were pretty tight and I never could get the wi-fi to work.  Twin Fountains is an RV Park on it’s way to becoming a resort. 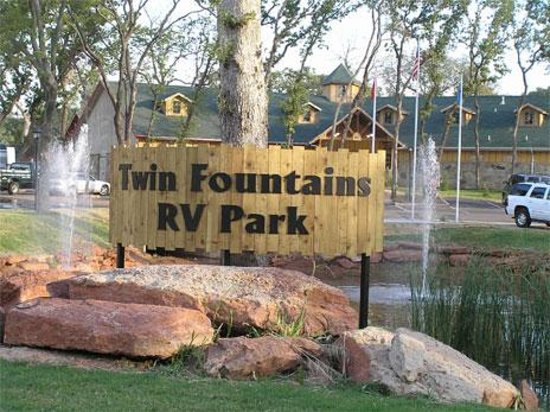 There were lots of things to do in Oklahoma City but after two days of driving nothing appealed to me except a drive around downtown, past the memorial, and a visit to Bill Kamps Meat Market (and Deli) – they are few and far between at home. 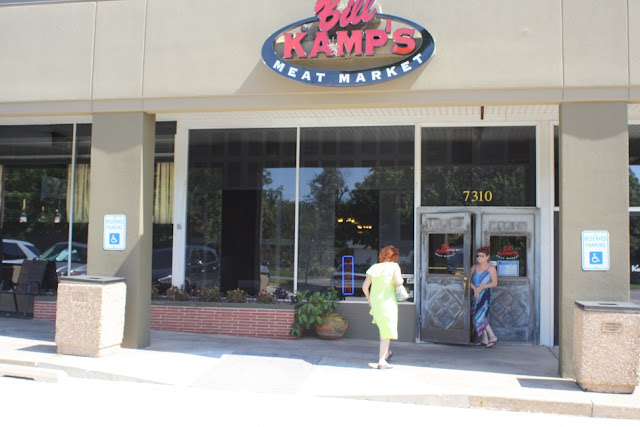 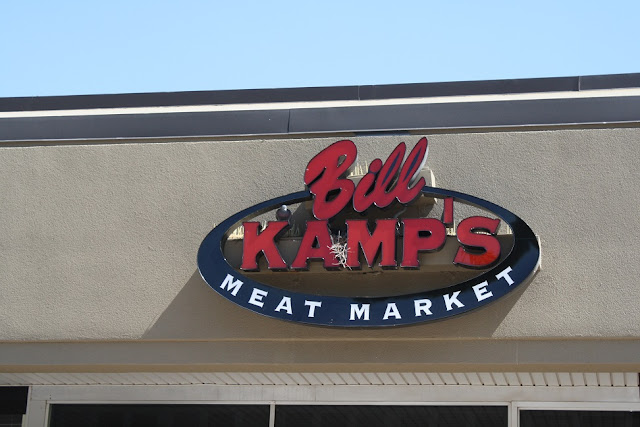 The thing that drew us there was store-made sausages – even harder to get at home – here are some interior shots. 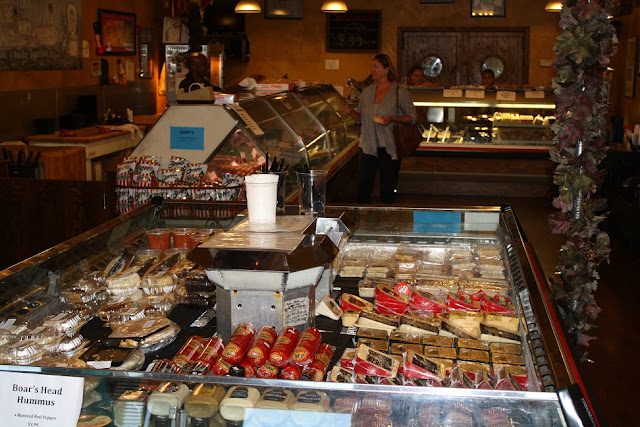 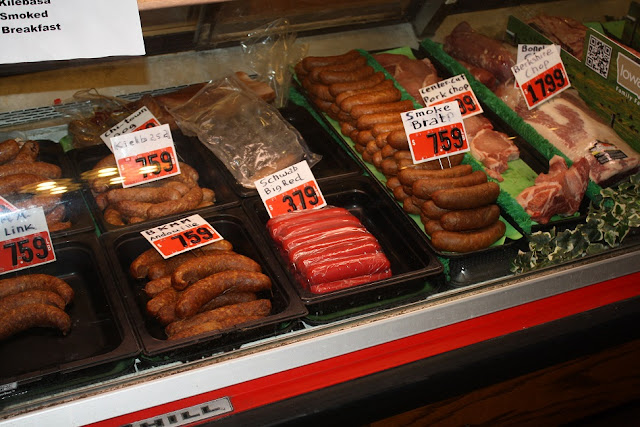 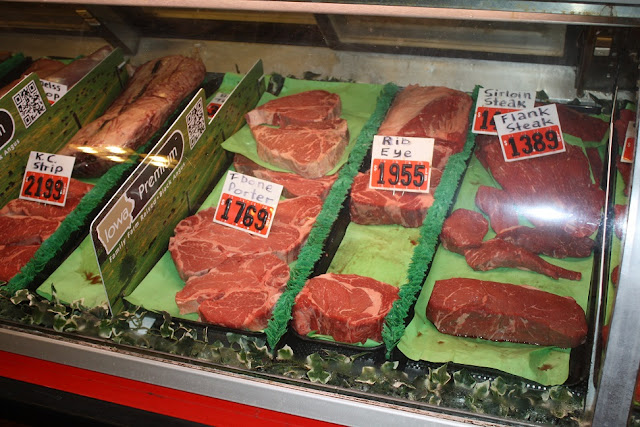 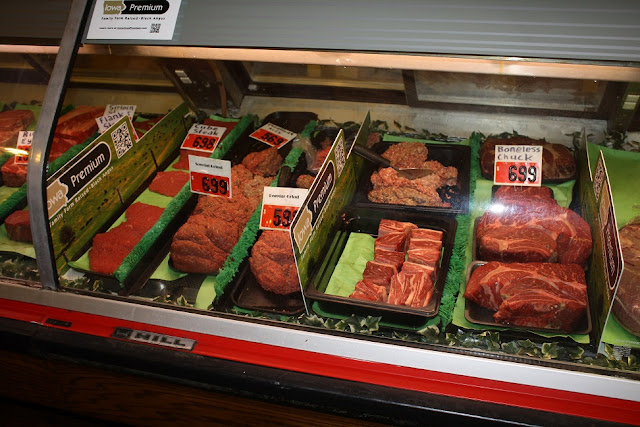 We ended up buying some smoked and raw brats, some sweet things, mac & cheese, pasta salad, and a beautiful, almost prime porterhouse steak that we pan-fried for supper that night – no shots but it was delicious.

From Oklahoma City we headed to Arkansas where we stopped at the North Little Rock KOA which was an older place, but in good shape, nestled in the pines and a good overnight stop.  We had to be very careful exiting our site and going between two trees but the car barely got by okay. 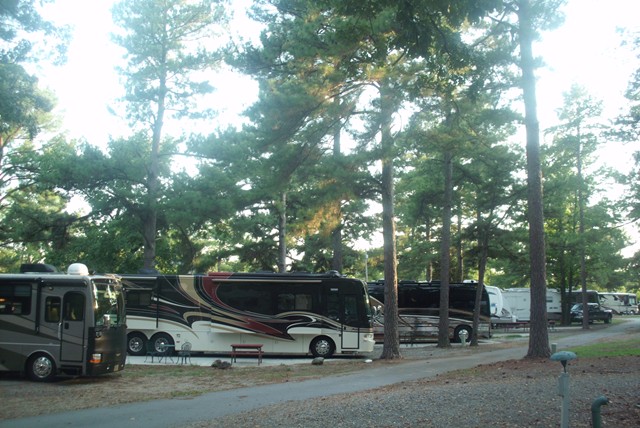 The next day we continued on I-40 with an uneventful trip through Memphis to our final nights stop at the Parkers Crossroads RV Park and it was more like a campground with tight roads and mostly gravel sites.  The utilities all worked well and it had very good cable TV and wi-fi.

We rolled into Almost Heaven South mid-afternoon on Sunday and, as expected, were happy to be there and I loved sleeping in a bed that didn’t hurt my back – we have to get a new mattress.

We drove I-40 from Clines Corner, NM to Lenoir City, TN and here are my views on it based upon the amount of rough road and roughness of the rough road.  I thought New Mexico was worst followed by Arkansas and neither were working on it.  Texas and Oklahoma were better and about the same and OK was working on it in at least three places.  Tennessee was far and away the best with a little rough road just east of Memphis and in Williamson and Roan Counties but it is going to need attention soon.