September first was moving day so we packed up and departed Gunnison around 11am and headed east to Buena Vista, located about 85 miles away but just across the Central Sawatch Range from Gunnison – about 60 miles as the crow flies.

The drive was uneventful but crossing Monarch Pass required my undivided attention as the 7 mile upgrade and 10 mile downgrade was on a very curvy 6% grade with very few guardrails.  I put Sweetie in 3rd gear and she made the climb at a respectable 35-40 mph to the 11,312 foot pass. 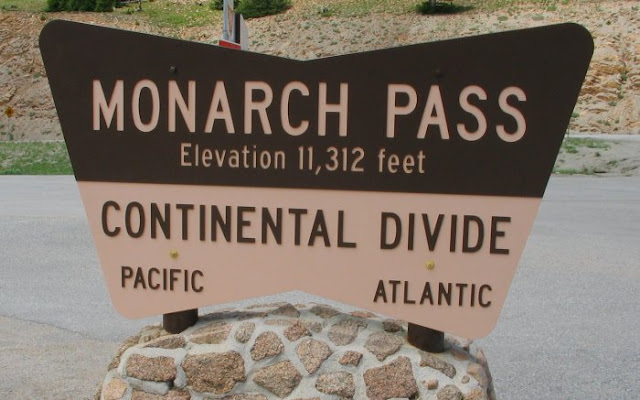 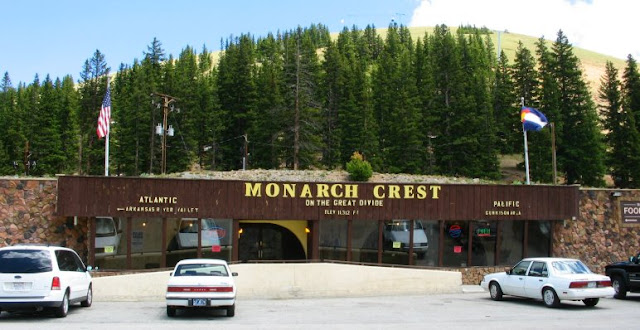 There was a gondola going from there to the mountain summit that promised spectacular views, but it did not appear to be operating, so we just relaxed for a few minutes and started the decent, still in 3rd gear and with the engine brake on – rarely had to touch the brakes.  We passed Monarch Ski Resort on the way down as well as some Aspens that were beginning to turn. 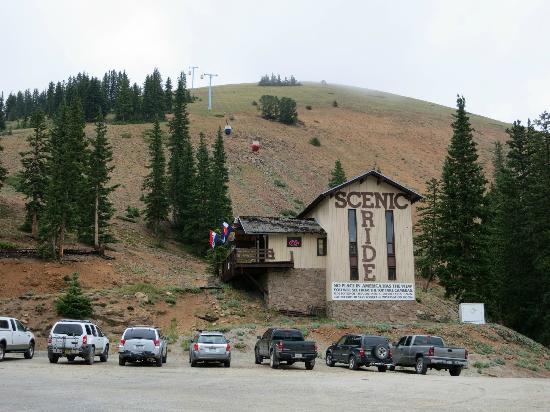 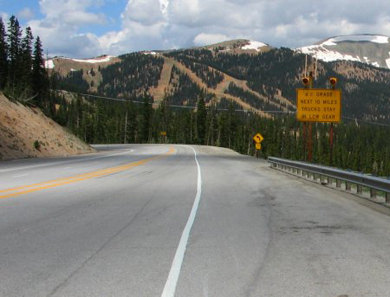 We rolled in to Snowy Peaks RV Park about 12:30pm, got set up, relaxed a bit and went for a drive around town, which didn’t take very long.  Then I picked up the new (rebuilt) computer that was shipped to the campground and got it started up – worked fine for a while then the cursor began wandering around on its own and then wanted to park in the upper right corner and not come out – D#$% computers – so I was back on the little back-up again.

Then we couldn’t get sound from the main TV as it didn’t respond to the usual commands – d#$% electronic devices.  So we watched Tennessee flounder around against Appalachian State on the (working) outside TV until it got too cold, then watched it inside without sound, until I fell asleep and went to bed.  UT ended up winning in overtime by recovering their own fumble in the end zone - they were anything but a top 10 team - maybe a top 10 in the SEC.

So after a nice drive across the mountains my evening went to pot.

It rained most of that night and while I was outside doing my normal thing the next morning, I got this shot of an un-named peak just across the road with it's head in the clouds. 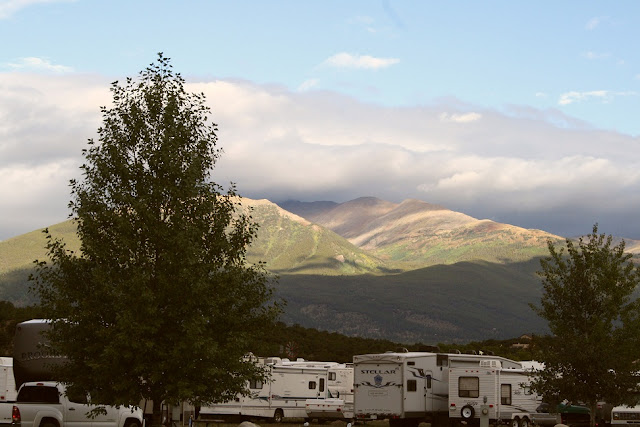 Later, I started the process of getting a working computer, the TV sound was corrected by re-booting the satellite receiver box, and I got the cable TV working (forgot to mention that above).  Then on Saturday, the girls headed down to Salida for the Farmers market while I piled up in front of the TV to watch the opening weekend of college football, beginning with the West Virginia/Missouri game.  As the day unfolded, it once again proved that the media are wasting their time making a pre-season ranking.