My mom was part of the generation of Americans born during The Great Depression and, like most of that group, it affected how she thought about things.  Growing up hungry resulted in her making the most of available food items such as getting 3-4 meals from Sunday’s pot roast.  I’m confident many of you born around the same time as me had a similar experience.

I don’t recall Mom making broth often or how she did it but I knew her and believe she would have made it something like this.

The scraps from the chickens and the wings went into a plastic bag along with the giblets and back from the spatchcocked turkey and all went into the fridge on Wednesday.

After our Thanks giving dinner, the meat was removed from the turkey bones, then, along with the skin, they went into a 16 quart pot along with the bones from the bag in the fridge, got covered with water, and simmered all night with a lid on the pot.

The next morning, after cooling, we removed the bones and meat and strained the broth. 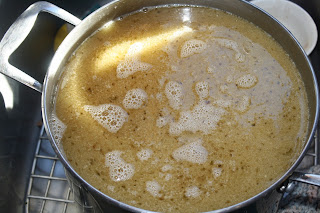 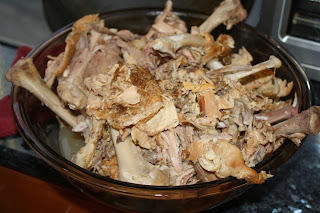 We ended up with 8½ quart bags of tasty liquid that we labeled as Herbed Chicken Broth – since it had the herbs from the turkey skin and other flavors from the chickens and wings. 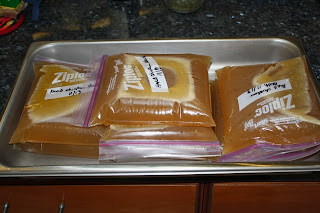 Bev also picked about a quart of meat out of the scraps for our dogs so very little edible stuff went into the trash.  I’m pretty sure some good things from all of our parents got passed on to Bev and me.

One last round of baking (cookies) with Meme, Matthew, and Sophia. 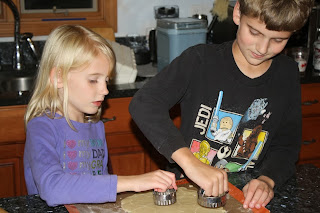