After missing the trip the previous week and hearing all about it, I was the first one in the car for the Wednesday morning visit to the local farmers market.  The event is held November 6, 2013 - April 30, 2014  at one of the city parks and there were more than 100 vendors there selling produce, meat & fish, baked goods, arts and crafts, jewelry, other food items, ready to eat foods, and more.

This is a shot down each of the two aisles. 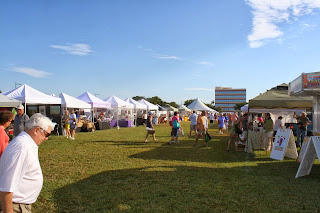 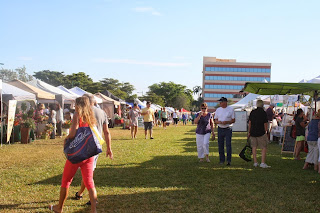 There were several produce booths, some with just veggies and some including fruit, and some just fruit. 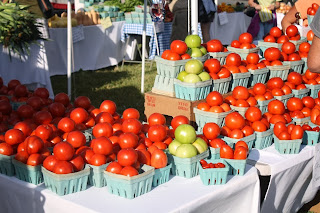 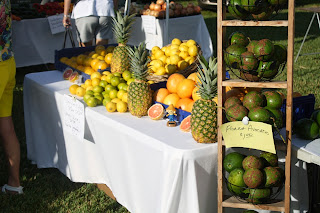 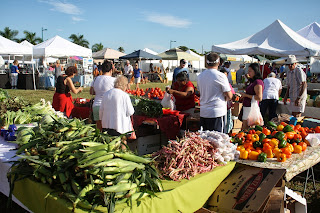 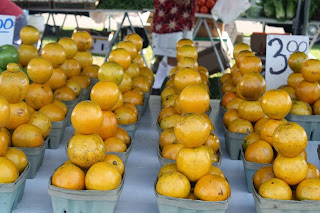 The baked goods booths were hard to walk by and we didn’t. 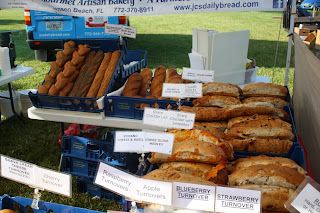 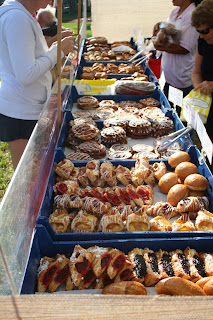 This is the cheese place from which the Spanish Valdeon blue cheese came for last weeks salads and this time I bought provolone and another cheese whose name I forgot. 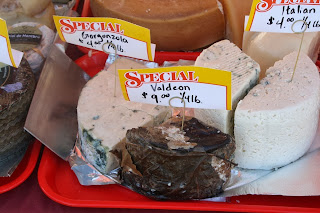 I also bought 2# of home-made mozzarella from another vendor.

I was impressed by the dolphin carvings. 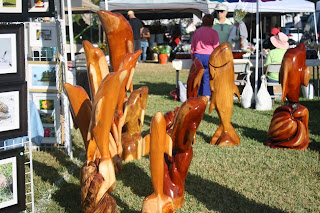 Of course there was kettle corn and lemonade 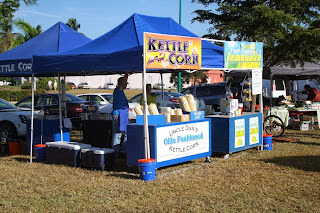 and the BBQ place where I bought my breakfast. 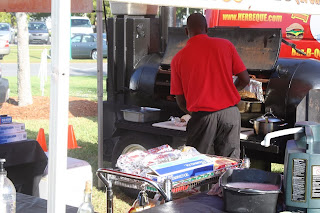 While most of the stuff was as high or higher than in the store, it was also of higher quality and if I lived in Marco during the winter, I can imagine buying most of our food at the FM.  I wanted to buy some meat and fish to take home but it was just too darned expensive - $19/lb for steak and grouper.

I've not been to lots of FMs but this was the best I'd seen.  We bought plenty of stuff considering we were leaving in three days and this may be our first trip where the car was more packed for the return trip from Marco.

I can imagine that Wednesday is a pretty much of an off-day at the local Publix and Winn Dixie.

After the market we headed over to Lee Be Fish Co. for an outstanding fish taco made with fresh grilled grouper and snapper.  They used to be just a fish market, but began offering prepared food three years ago and while the menu is limited, what we tried was delicious.

So that's it for this years trip to Marco Island with one last sunset and thanks for following along. 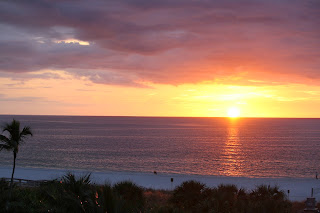 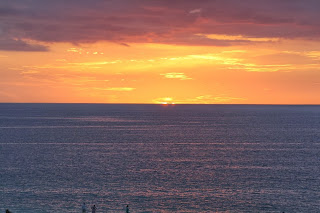