A few days ago, Bev mentioned we had some Naan bread and she was ready for pizza and I’d just seen a Greek pizza post from Mika at Mika’s Pantry, which had me thinking pizza as well.  Several years ago, we’d had a pizza in Florida that included fried eggplant as a topping and we both enjoyed it, and I just happened to have a couple of small ones in the fridge.


We both like deep fried food, but rarely cook it due to the calories and mess involved, but since we were doing the eggplant, I decided to cook up several things for lunch using the breading recipe I’d just seen Lea Ann use over at Mangoes, Chili and Z.


I sliced up a couple of Clausen pickles and two small green tomatoes I’d found in the fridge and added S&P to the maters and eggplant. 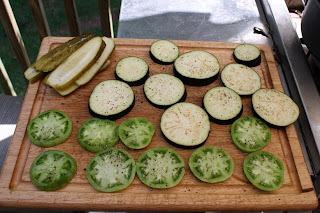 I used the grill side burner to cook them and had the breading station on the grill top (I’m really enjoying these cooler fall days). 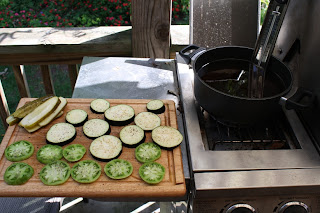 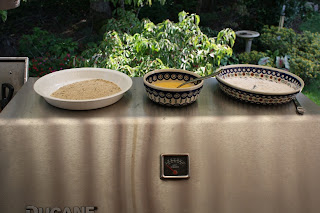 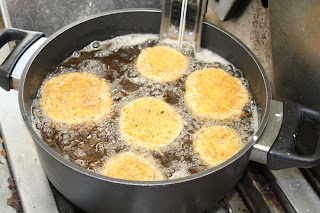 I got the pickles just a little dark but everything was still good – we ate the pickles and tomatoes for lunch, sampled the eggplant and kept the rest for supper’s pizza. 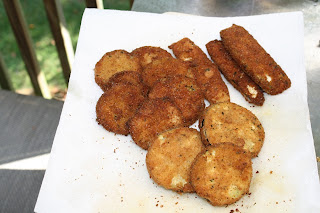 For the pizza’s, we brushed oil on both sided of the Naan and cooked one side just to crisp it a little, then flipped and topped that side.  Here are most of the toppings ready to go. 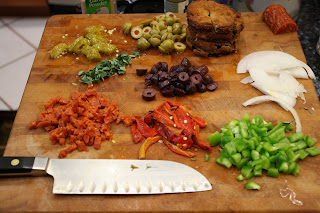 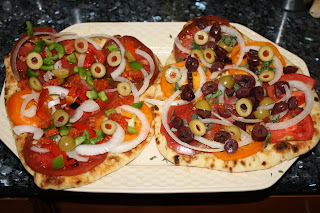 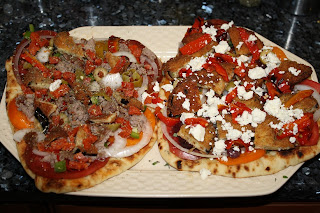 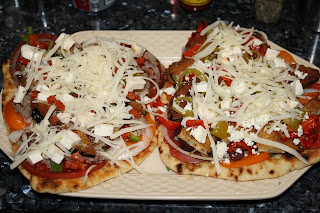 Then they went back on the grill over indirect heat to bake until the cheese melted and the bread browned a little. 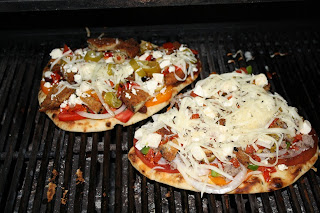 Both were outstanding and as you can see, we like stuff on our pizza. 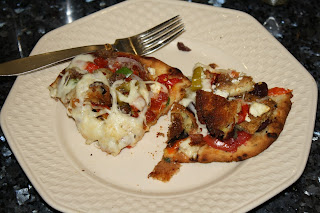 
One year ago:  Clean Out The Fridge