A couple of weeks ago, Pam over at Pam’s Midwest Kitchen Korner posted a recipe for StuffedCuban Pork Tenderloin and I immediately wanted to make it in the smoker.  So the last BBQ day, I made several for customers and us.


I started by trimming it up, splitting it lengthwise and pounding it to flatten a little. 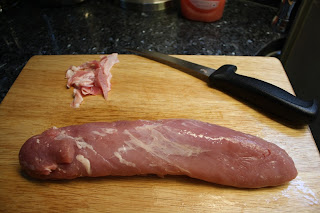 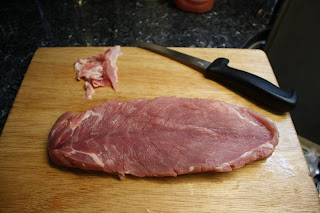 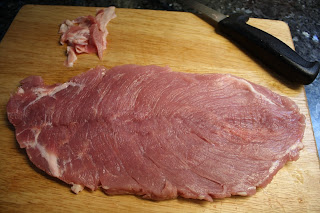 Then I spread on some Dijon mustard, dried oregano, and S&P. 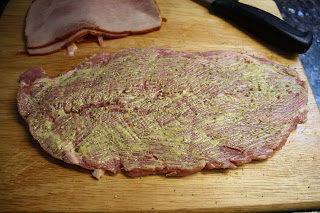 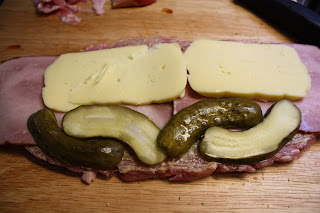 Lastly, I rolled it up and tied with butcher twine. 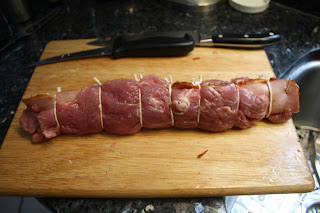 After two like this I decided to pound the ends a little flatter and fold them in to square it up some, then repeated the assembly process. 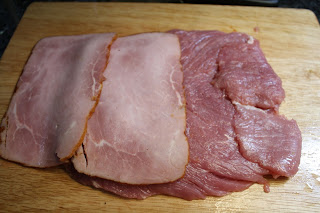 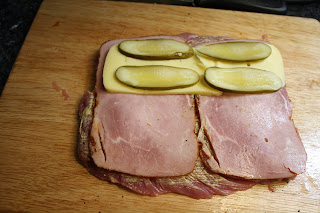 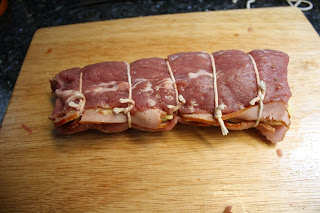 Since they were flatter, I used my rib rack to help them stand up and retain the cheese – I lost just a little. 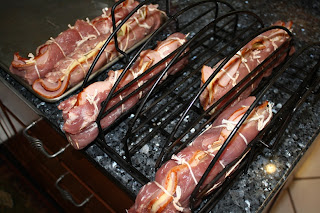 The only one I got a finished shot of was a round one. 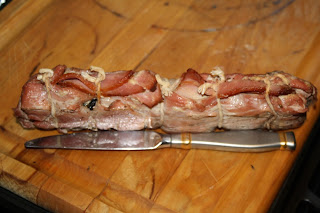 I really liked the flavor and will make them again but will do a couple of things differently.  First, I’ll square them up again but pound them even flatter, then I’ll use shredded cheese and diced pickles which will allow me to roll them into more of a pinwheel.  I will also add more mustard and more oregano to the inside and also to the outside to give the pork more flavor and I’ll sprinkle on some paprika to give the outside more color.  Finally, since mustard usually loses most of its flavor in the smoker, I’ll serve it with a mustard sauce.
Thanks Pam for the great idea and I look forward to the next time I make it.
All photos can be enlarged by clicking on them.
Have a great day and thanks for stopping by Almost Heaven South.
One year ago:  Nothing again
Larry
Posted by Big Dude at 4:08 AM