One of the main goals of this trip was to spend time on the Maine coast looking at the sites and eating seafood so that was the plan for this day. However, after discovering the weather forecast to be cool and rainy for the Portland ME area, we decided to hang around the area so Bev could do some shopping. We headed down to North Conway for breakfast at Priscella’s Country Kitchen. 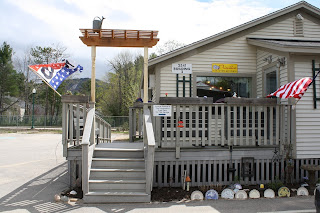 If you recall the Day 1 post, I had Lobster Pie for lunch and after reading the breakfast menu, 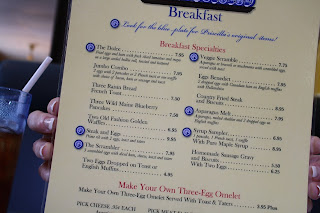 I was planning on Eggs Benedict until the waitress advised Lobster Benedict was the mornings special – no brainer. Sorry it’s a little blurry – forgot I was shooting without the flash. 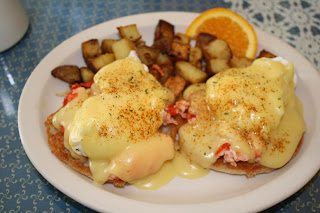 It was outstanding and it had the best English muffin I’ve eaten, other than homemade – two days here and two lobster meals, life is good.

After breakfast, it was several hours of following Bev around the tourist town of  North Conway while she went into shops which did not interest me, until we got to Zeb’s. 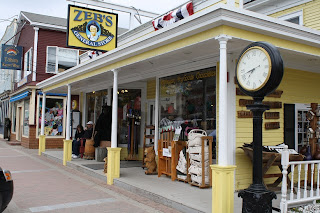 When I walked in, it was like stepping back in time about 55 years. 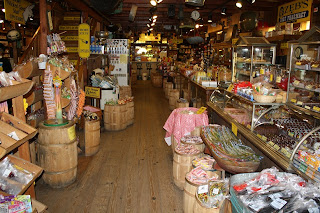 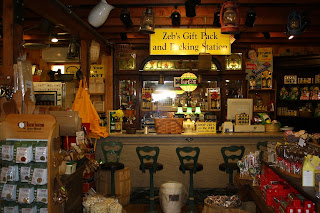 As best I could tell, everything came from New England and most from New Hampshire - they even had 7oz bottled coke available on ice or from an old time Coke machine - these were a nickle when I was a kid, but a dollar here.  This was the soap room - a Bev favorite. 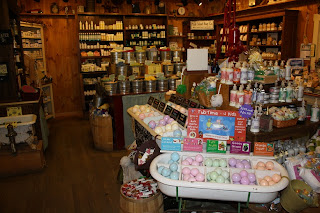 We always look at hot sauces and they had quite a few, but one in particular got Bev's interest and we bought it.  When paying ($7.50), we were told it was from a Mexican restaurant in Conway (around here, they use the same name for several towns by adding a direction or Central to it) and that they had good margarita's.  I took a few other shots around town and this is a typical church for the area. 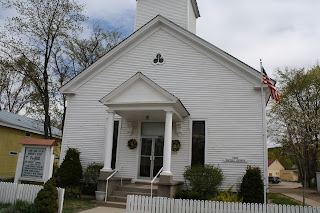 While the flowers may be up, the snow shovel has yet to be stored for the summer. 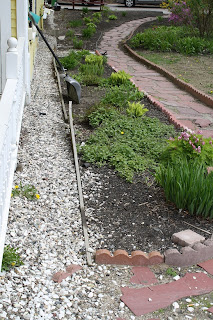 This is one of the many covered bridges in the area. 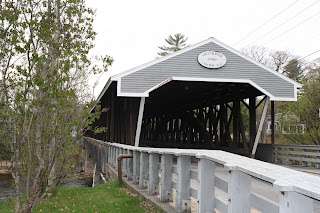 After the hard day shopping, we decided to head down to Conway to the Mexican place. We had a couple carafes of different top shelf margaritas – Herradura and Petron tequila – and some chips and dip. They had the hot sauce we had just bought sitting on the bar so we had a sample and loved the flavor - it's a chipotle sauce.  After discovering they sold it for $4.50 ($3 less than the tourist store in the tourist town) we bought four more.

But the hightlight of the visit was talking with the two young, single mothers who were going back to college in town and had stopped in for a drink after class. Turns out they were foodies and one liked BBQ, so guess what we talked a lot about - for me, meeting new folks is always better than seeing things & places. No pictures though as I left the camera in the car.

Then it was back to the condo to prepare for the next day’s trip to the coast.

One year ago:  Crock Pot Roast