Thanks to be introduced to it by our Colorado friend, Chef Lea Ann (Cooking On The Ranch blog), we made our first batch of delicious Chili Verde eight years ago and I could not find we’ve made it since then and I can’t believe it.  So, it was time to change that and I decided to make a batch for our Friday get-together but first I needed some pulled pork.  Our first batch of verde turned out so well using BBQ pulled pork (rather than oven roasted) I opted to go that way again and just happened to have a pork butt in the freezer.  See previous post.

I made the chili using the same recipe as previously but I used fire roasted tomatoes and chicken broth for this batch.  You can click on the link for the recipe I used so I won’t reproduce it here. 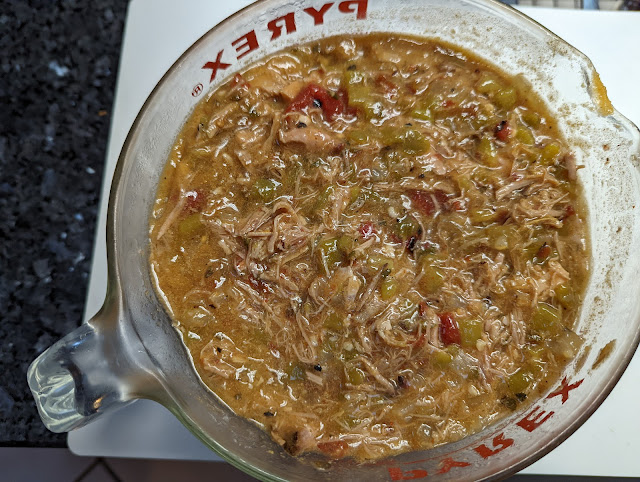 After smoking the pork butt and chicken on Thursday, I was all ready to make Mexican for our Friday group and I let everyone build their own meals from the two warmed meats, warmed refried beans, chile verde, salad, shredded cheese, sour cream and guac.

Most passed on the tortillas but Joe and I did not and for mine, I had a burrito and an enchilada.  While many folks use the two dishes interchangeably, but as I understand it, the one real difference is the tortilla – flour for burritos and corn for enchiladas plus they are usually baked.

For the enchiladas: Lightly fry the corn tortillas, then spoon some of Bev’s homemade refried beans in the center.  Top half the tortillas with pulled chicken and half with pork, add shredded cheddar, roll up, place seam side down on a plate and nuke for about 30 seconds then spoon some hot Chile Verde over the top.

The burritos are made just the same except the flour tortillas are not fried first.  My plate has one of each. 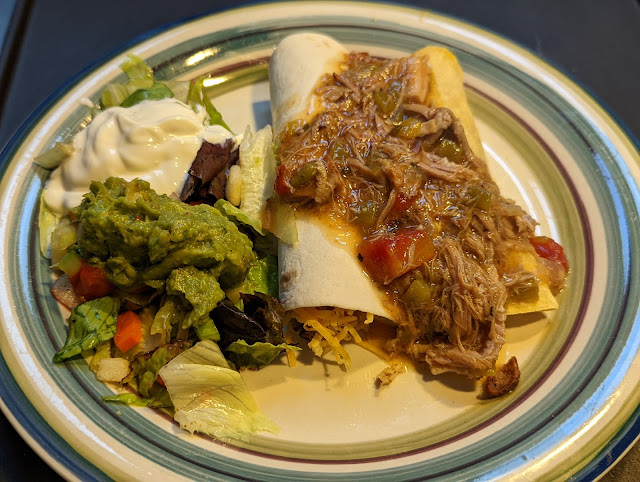 The meal was a hit with everyone and the chili verde got rave reviews, which I expected.

And for breakfast on Saturday, I added some chopped chicken to a flat flour tortilla, topped it with a little chili verde and cheese, and nuked to warm everything then surprise, surprise, I added a sunny side up egg. 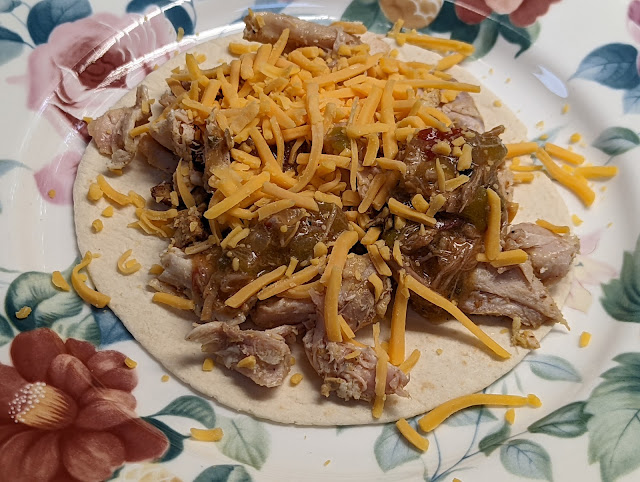 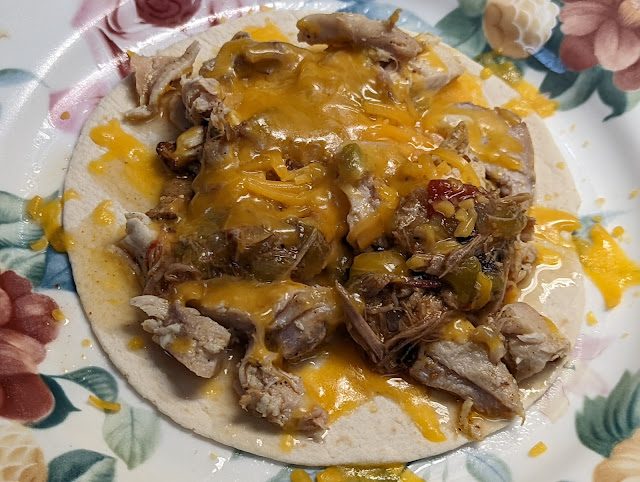 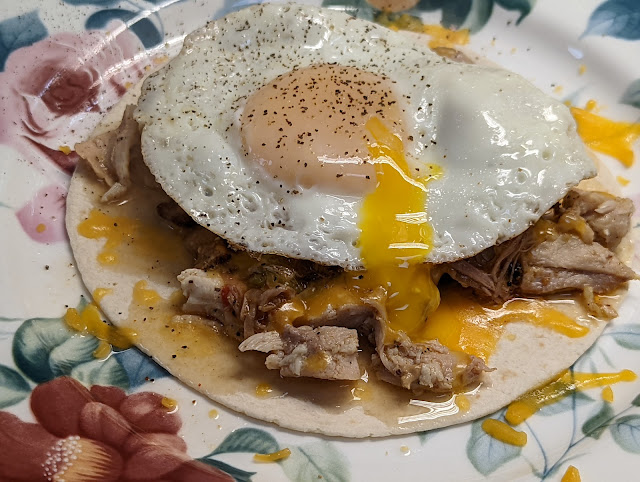 I almost never go to the movies but I was convinced to go see Top Gun: Maverick after learning it might never be on a small screen and being a fan of the original Top Gun which I have watched at least three times.  Most of the time, movie sequels are a let-down but this one was not and I might have liked it more than the original and was on the edge of my seat a lot.  If you liked Top Gun, I’m sure you would enjoy this one.  But after sitting through 30 minutes of commercials and previews, it will take a heck of a movie to get me back to the theater or I'll know to go late.