We had some rolled pie crust in the fridge that I wanted to get out of there and some leftover Chili Verde that needed to be eaten or frozen so I decided to try combining them.  I’ve been wanting to try making empanadas with our two formers (6" & 3") for a very long time but have never gotten around to it. 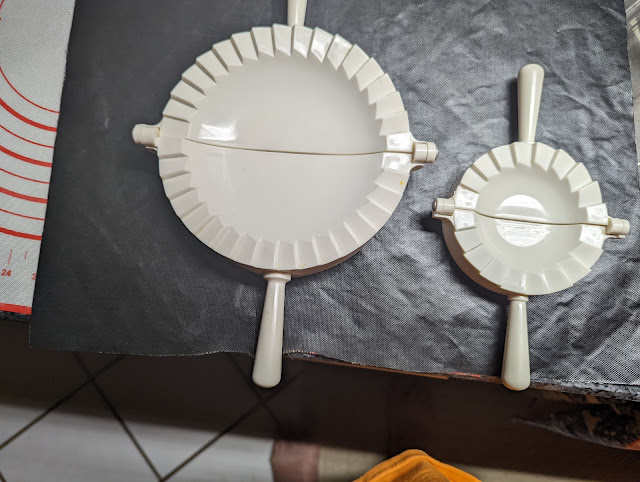 I went on line and got some info about filling amounts and baking temps and times.

Since the chili verde is a soup, I needed to get out some of the liquid so I heated it a little then put it in a strainer to drain.  Then to soak up more of the juice I decided to add some potatoes and came up with the following recipe.

2. Strain the chili to remove as much liquid as possible which yields two cups 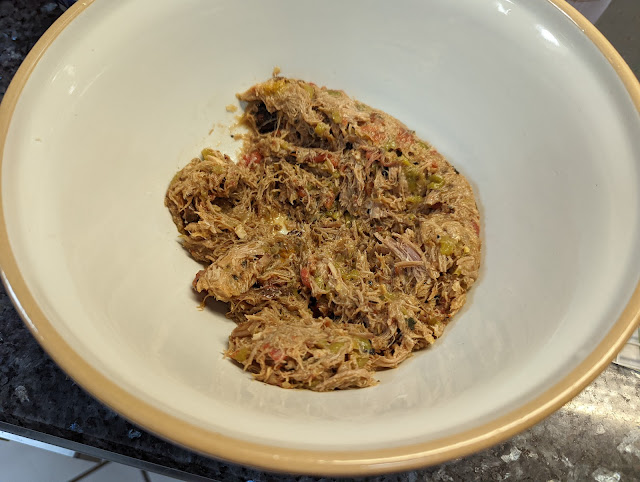 3. Fry the hash browns in butter and oil to a light brown color and season with S&P. 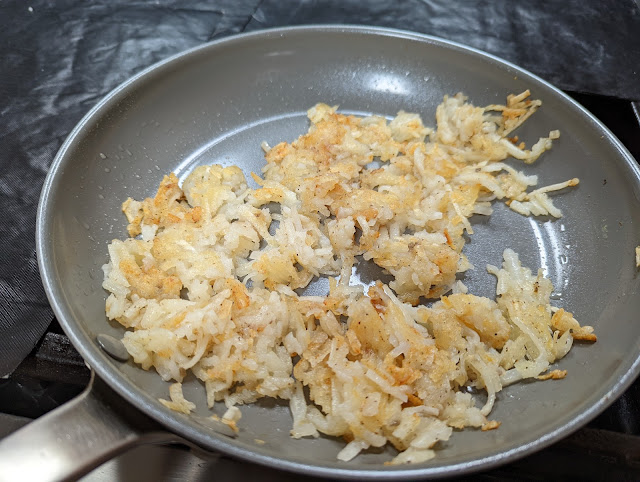 4. Mix the potatoes and chili and cool to room temperature. 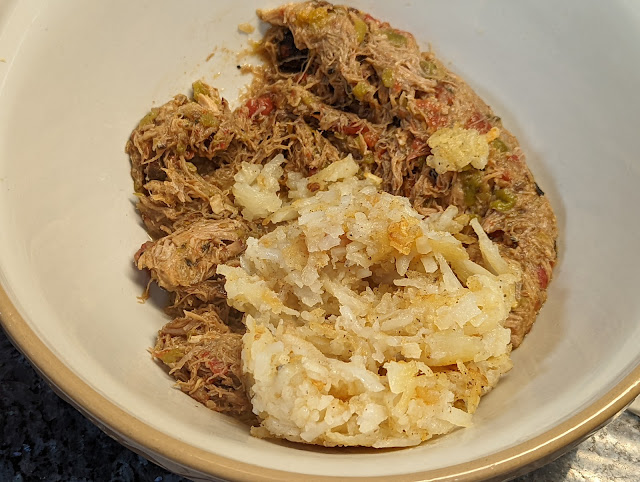 7. Use the opened 6” empanada maker (sharp on the bottom) to cut out the circles of dough. 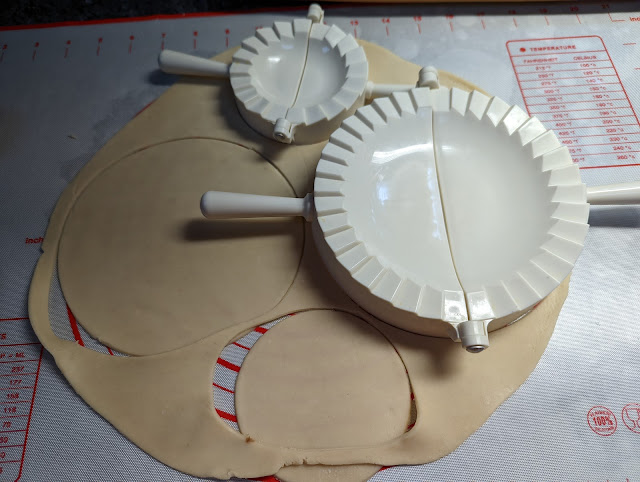 8. Add a dough circle to the empanada maker and brush the edges with egg wash.

9. Put 1/8 cup of the filling and a big pinch of cheese in the center, close the empanada maker to seal the pie. 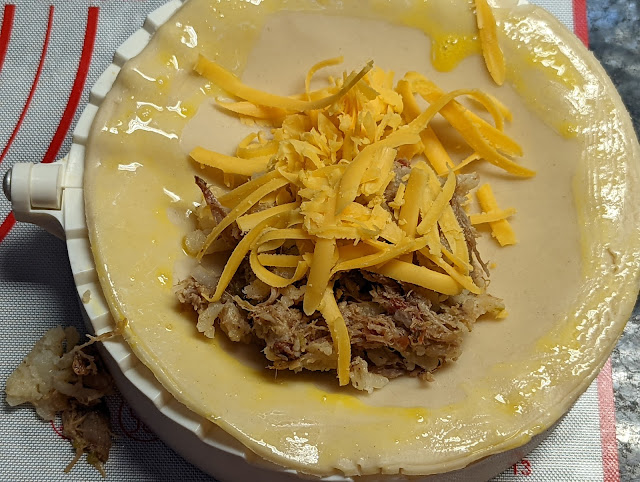 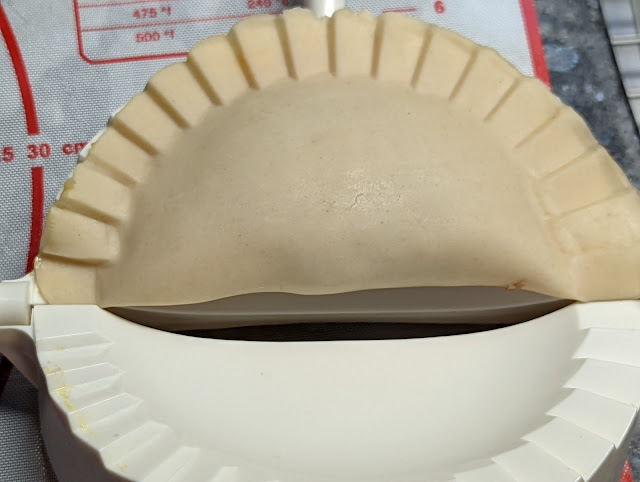 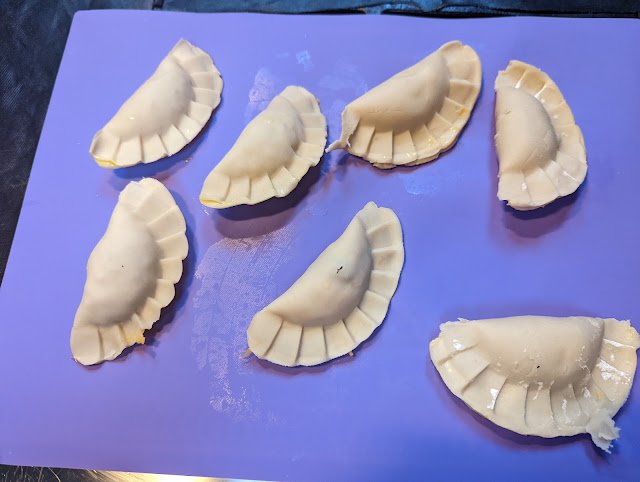 10. Brush all of the empanada tops with egg wash and bake on a cookie sheet for 12-15 minutes until crust is golden brown.  I only got finished shots of the small ones. 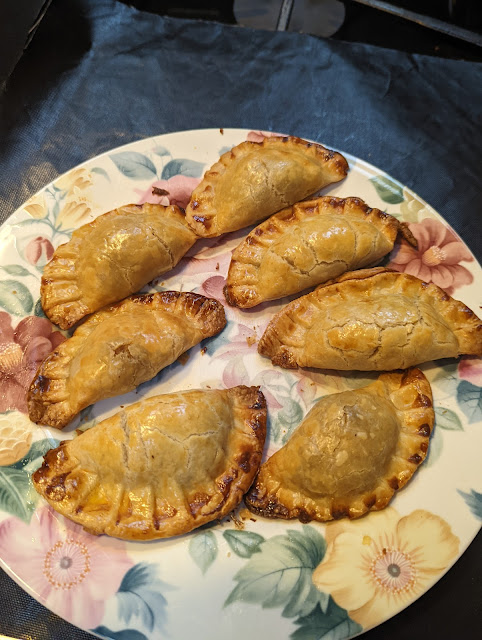 If you've been reading this blog for very long, you know I am more of a recipe follower than a creator so this is a little out of my comfort zone.  For my first try at empanadas, they turned out pretty darned good and the chili verde and hash browns made a very good filling, but after adding the potatoes it could have used a little more spices.  Next time, we’ll deep fry them for comparison.  We’ve had the empanada makers unused for about 25 years and now I can’t wait to use the small one for ravioli.

I had a little of the empanada filling leftover so for breakfast, I nuked it plus some of the chili verde and made an omelet which was very good. 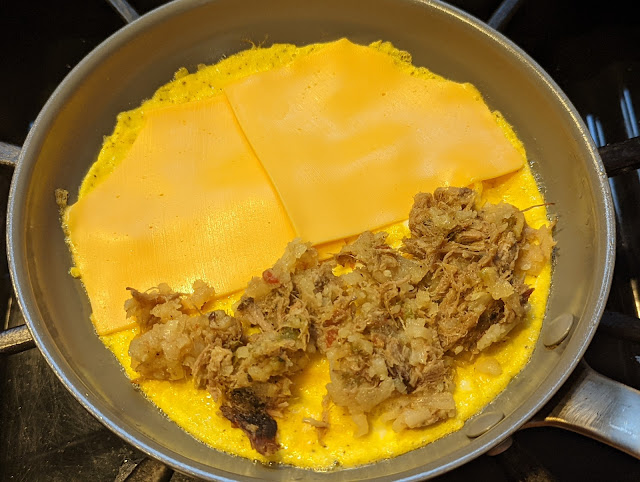 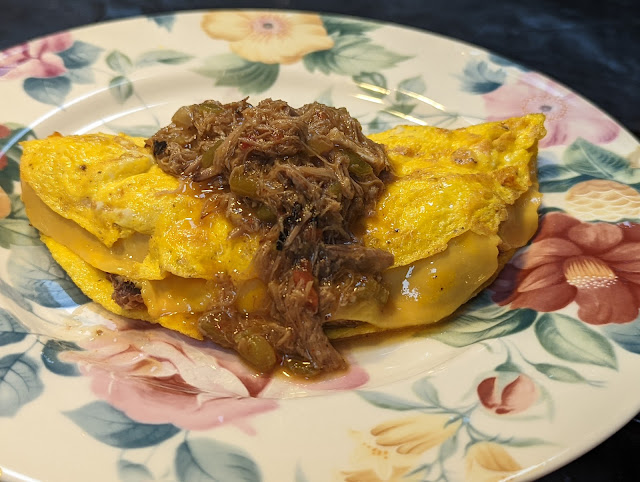 Our neighbor, Pat, is an avid paddleboarder and she has been encouraging Bev to give it a try and she finally said yes last Thursday.  I believe she was a little apprehensive and thought it might be difficult but after Pat's good instructions and calling on her time on snow skis for balance she had no problem and said she enjoyed doing it and getting the exercise it provided. 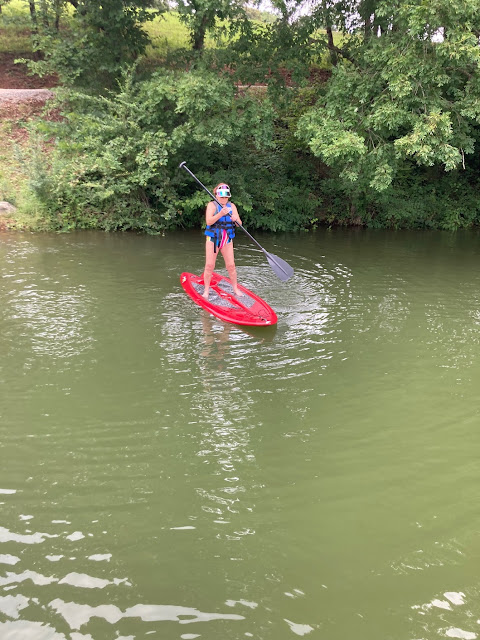 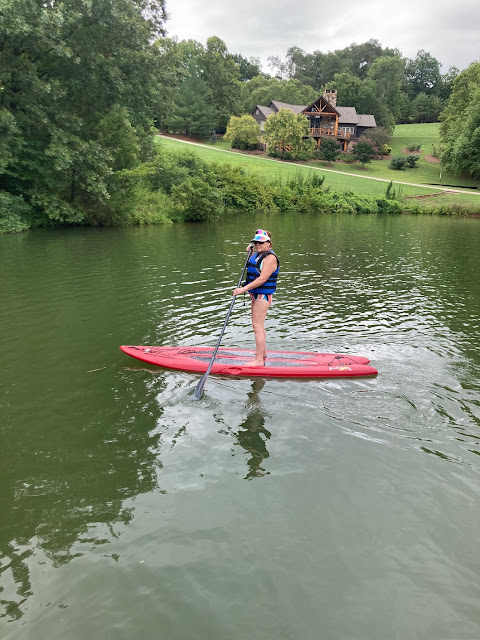 Impressive for a 70 something to give it a try for the first time.