When I got out of the BBQ business, I realized my smoker was way to big to use for our occasional home BBQ needs so when my gas grill needed replacing, I bought one with a smoker box in it.  But as much as I enjoyed barbecuing and eating pork butt, it’s taken me over a year to finally give one a try.

One of the keys to using the gas grill was to get a set up that maintained the correct temperature but not have the meat cooking over direct heat.  Since I did want the meat to be over the burner that was on, I put a sheet pan with a rack between the meat and the burner, which made it operate like an oven (which is what a smoker is after all) rather than a grill.  The smoke box is on the right. 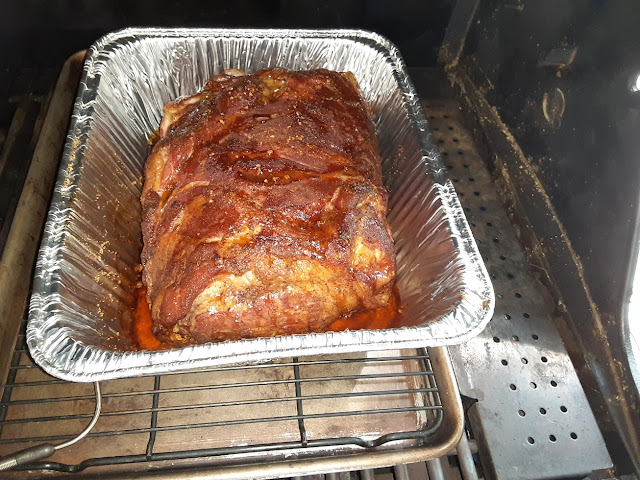 I used a remote probe thermometer on the rack to measure the temperature that the meat was seeing and it was 10-15 degrees higher than the reading on the hood mounted thermometer. 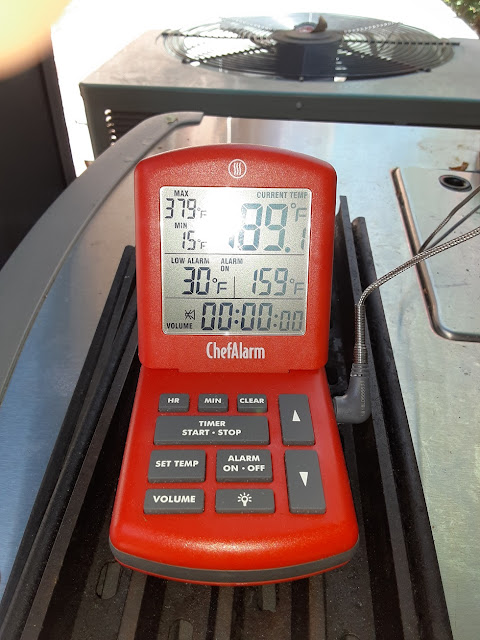 Once I got the temperature stabilized, I stuck the probe into the meat. 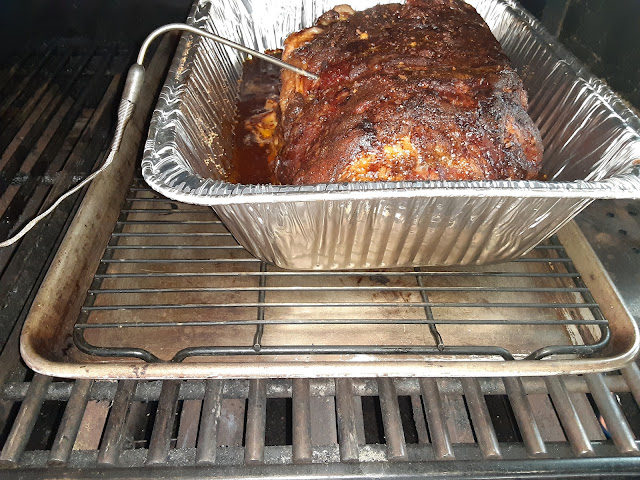 For smoke, I had some hickory chips that I soaked in water overnight and added a small handful of them to the smoker box about every 30-45 minutes. 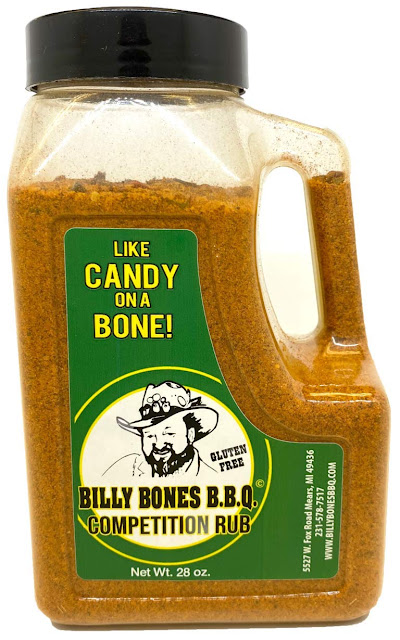 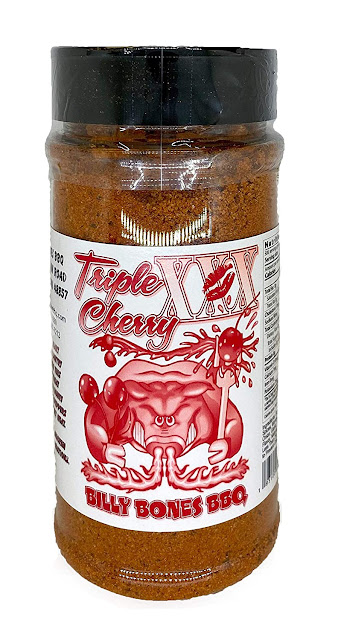 The grill did a good job of cooking the meat and with a couple of revisions, I think it will make good barbecue.  I will make two changes next time beginning with getting some wood chunks to use in the smoker box rather than the chips that don’t last long.  I was pressed for time so I cooked at 280-300F rather than the preferred 225F so the bark was tougher than normal. 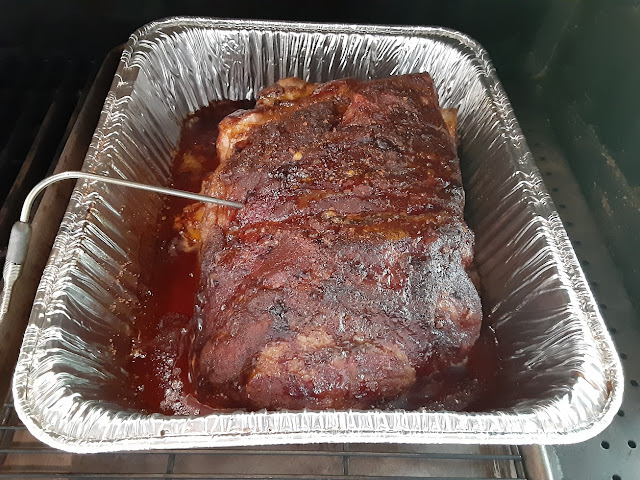 I pulled the meat at 202 F, poured off the liquid, transferred it to a larger pan, and broke it apart to cool some for pulling. 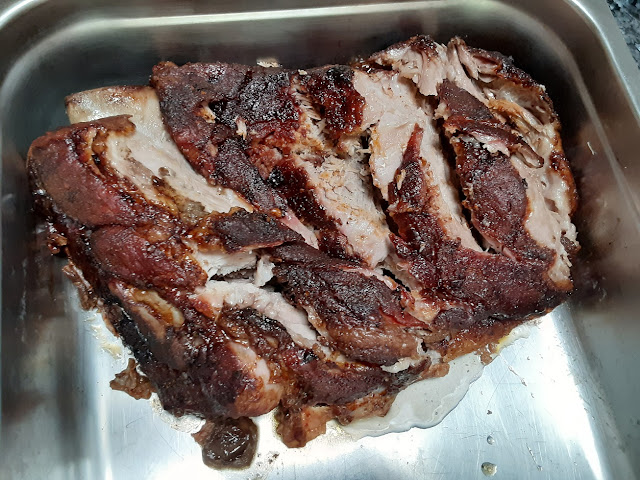 After pulling the meat apart, I added back the de-fatted juices from the pan and a tbsp. of sop (secret recipe) per pound.

For a side dish, we made up a batch of baked mac and cheese using a combination of online recipes.  We thought the mac and cheese was good but not outstanding from this basic recipe but still way better than Kraft blue box. 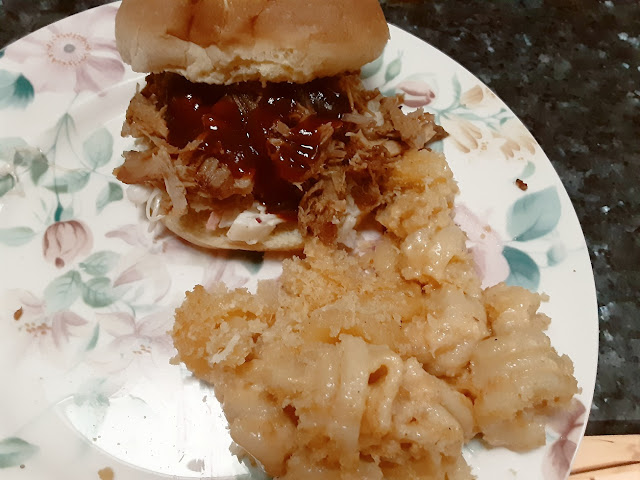 I thought my sandwich, with some Famous Dave’s sauce and Bev’s slaw, was very good and the friends we cook for on Thursday’s enjoyed the pork as well.

Since we’re all three available to think up meals to eat and do the cooking, we are eating well during our hunker down times.  I have some wings in the freezer that may be next up for smoking - see what I mean about thinking up meals.