Cajun Fried Cabbage And Sausage For Supper And Asparagus For Breakfast

After seeing Pam’s post for fried cabbage with bacon, I planned to use the head we had in the fridge for it but then Bev suggested we use the package of Cajun smoked sausage that had been in our fridge for several months instead of the bacon.  Since I had been wanting to use it myself, I went online and searched for Cajun fried cabbage with sausage and to my surprise I found several.  I selected the one from Cajun Cooking Recipes then made a couple of changes to get the recipe below – I browned the meat and used some creole seasoning.  You can click on the above link for the original recipe and the first link for Pam's recipe. 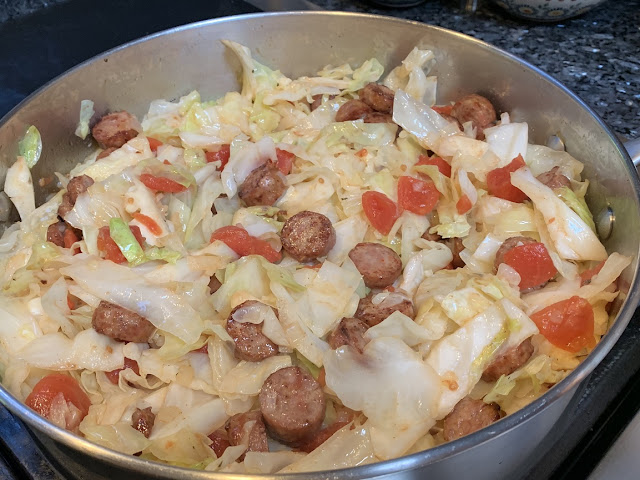 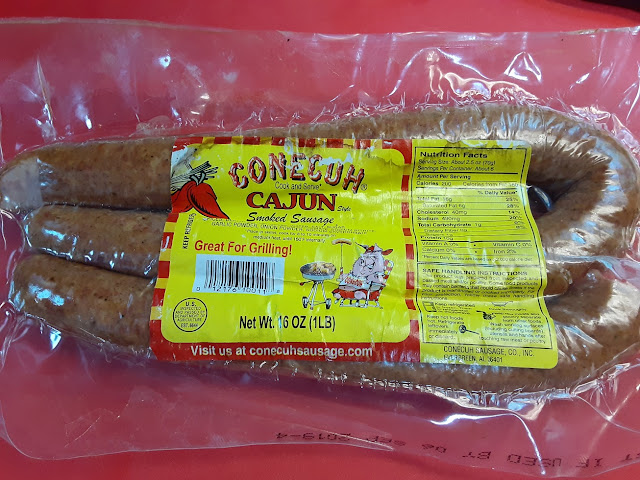 Note 2: Since we like varying amounts of heat in our food, I added none to the dish, but mixed some cayenne into mine until I got it just right.

Directions:
1. Add the oil to a large saute pan and brown sausage on both sides until browned then remove and set aside.
2. Pour pork fat from skillet or use half the amount of butter.
3. Melt butter in the same pan.
4. Add cabbage, onion, and cook on medium high for about 5 minutes stirring to keep from sticking to pan.
5. Add sausage and remaining ingredients, cover and simmer for 20 – 25 minutes or until desired cabbage doneness is reached (Bev removed hers before Cindy and me). 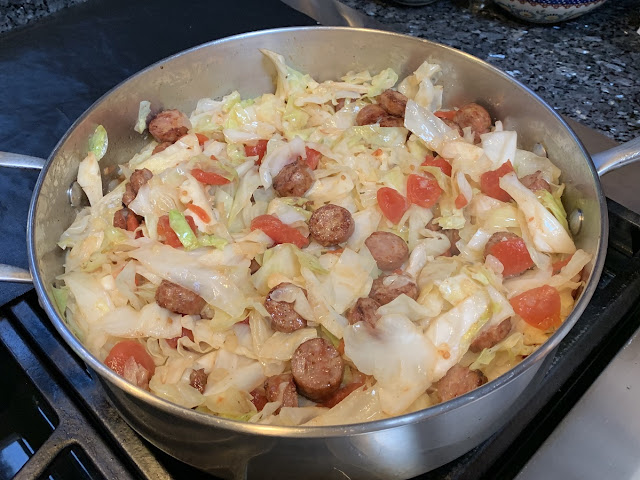 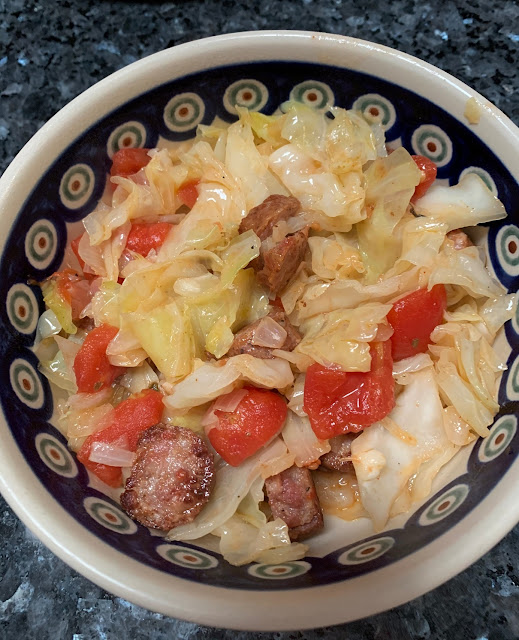 None of us can remember ever eating fried cabbage, but we all thought it was delicious and want to have it again - I’m now anxious to try Pam’s version with bacon.

And the next morning for breakfast, we had Ricotta Toasts with Asparagus and Poached Eggs.  While leafing thru a nine-year-old copy of Rachael Ray Every Day magazine in a doctor’s office, Bev discovered this recipe and decided to make it with our fresh asparagus.  She followed the recipe except for using the cottage cheese we had on hand instead of ricotta.  You can click on the above link for the original recipe and this pic. 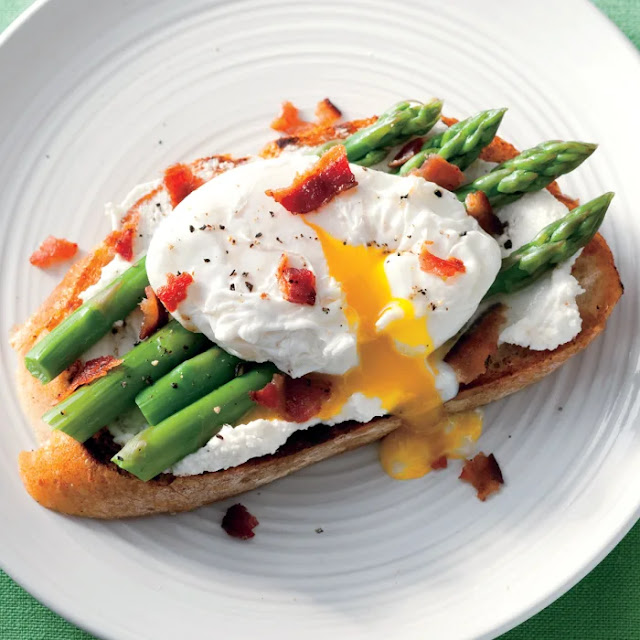 I had two since the bread slices were small. 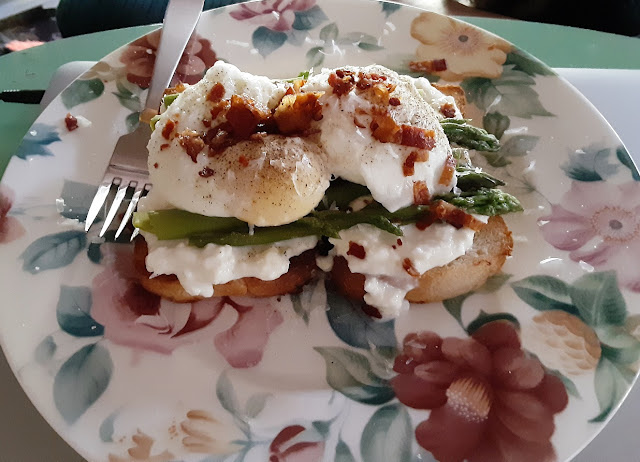 All three of use thought it was very good and I plan to have it again, perhaps to include a slice of tomato.  While the pic won't be as pretty, it would be easier to eat without a knife if the asparagus was cut into smaller pieces.