We stopped in Galveston just to eat at the Gypsy Joynt and in San Antonio because daughter, Kathy, and her three kids live there.  So on Thursday morning we readied the coach for departure to SA and when I tried to start the car for its pre-tow run, it did absolutely nothing – no lights, no bells, no clicking, nothing.

But it’s a brand new battery, I say to myself, and when I connected the charger, it wouldn’t show charging.  After starting with jumpers, my neighbor suggested checking the battery with a volt meter and we discovered the negative connection was not even connected to the battery post - it had apparently vibrated off, since we’d been driving it for two days.  Upon closer inspection, I discovered that the positive terminal had also not been tightened by the girl at Auto Zone – now that everything is tight, I hope our battery problems are a thing of the past.
We had driven an RV through Houston several years ago and neither of us wanted to do it again so I asked for suggestions on the IRV2 forum.  Luckily a local resident read my post and suggested the following route as a city by-pass: I-45, US-6, TX-35, FM-1462, TX-36, and TX-10 before getting on I-10 about 40 miles west of Houston.  Except for the joints on the short TX-35 by-pass around Alvin, the roads were all very good and with wide shoulders and since we also by-passed Rosenberg, we went thru no towns of any size – just the little wide spots in the road.  It was a very low stress drive through the tabletop flat, rural southeast Texas county side where cotton and cows seemed to be the dominant items.  The surface on I-10 was excellent until we got within 50 miles of SA at which point it was old concrete with a few stretches rough enough to rattle the coach.

We pulled into the SA KOA about 3:30pm and were assigned site 52, a 75 foot pull through – more on the campground later.  We got set up, got the satellite and cable TV operational then sat outside and relaxed with a glass of wine.

For me, Friday morning began with a short walk over to the on-site breakfast place where you order at the window then eat next door in the clubhouse.  This is one of the few places we’ve stayed with on site food, serving breakfast from 7-11am.  They have a small kitchen building then tables are set up in the clubhouse.  I had the Cowboy breakfast of scrambled eggs, hash browns, sausage, and a biscuit. 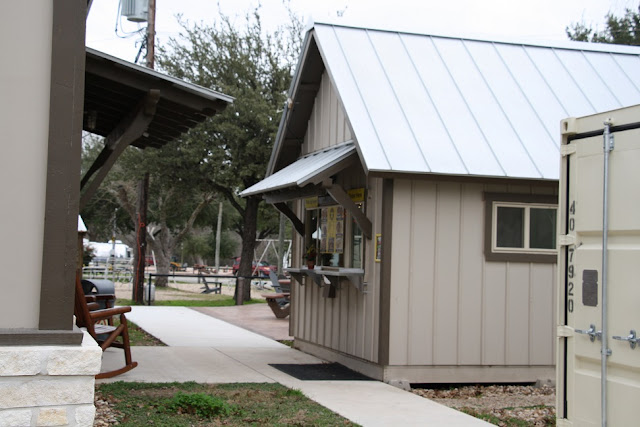 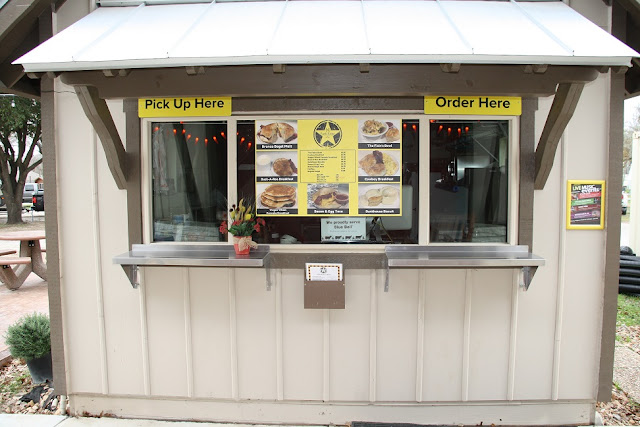 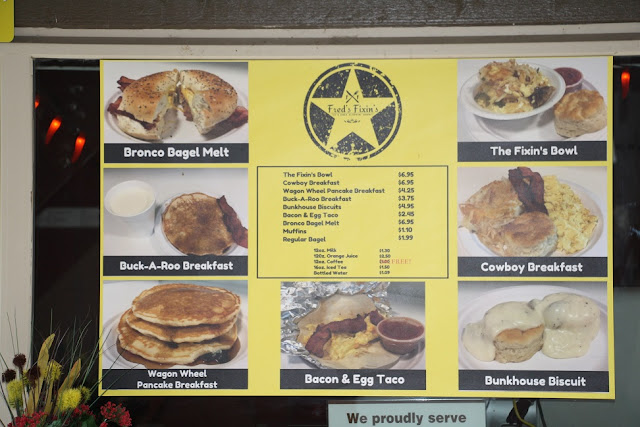 I thought it was good and very similar to what I would have cooked at home.

Later, we juiced some of the best red grapefruit I have ever eaten and when Kathy and her friend Keith came over to hang out, we turned the juice into some delicious salty dogs while we spent the afternoon visiting.  Since it was Kathy’s birthday they had already made a plan to go to supper at Texas de Brazil – a Brazilian steakhouse where they bring meat around on skewers and slice from large pieces for you to grab with your tongs or slip smaller pieces from the skewer bottom. 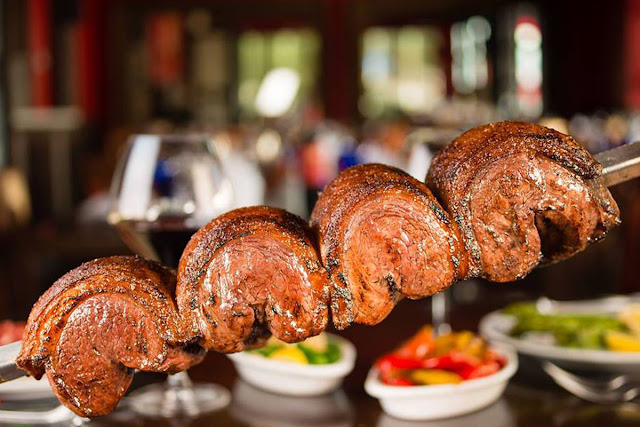 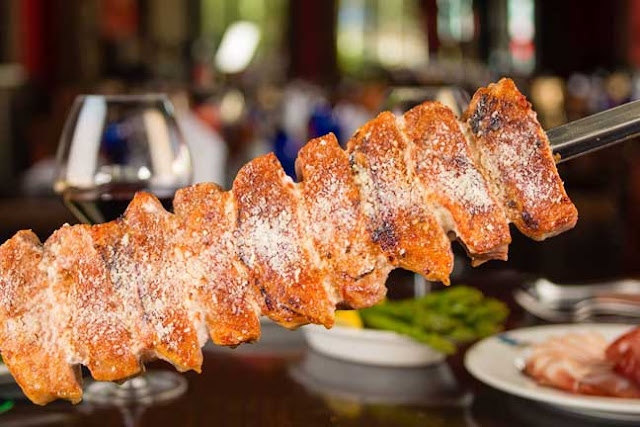 This is our party of ten, the BD girl, and Kathy with her girls. 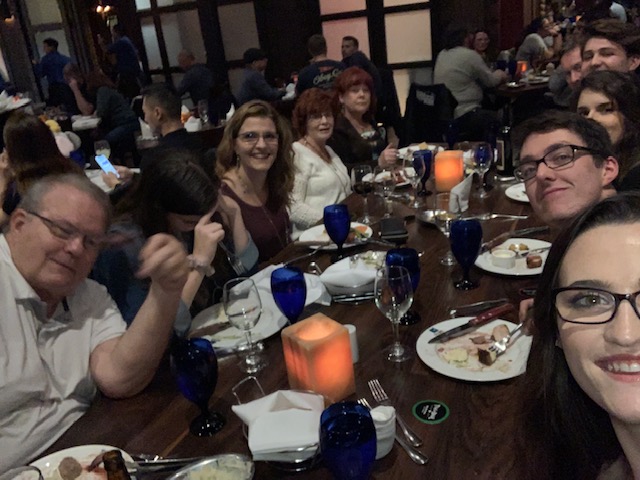 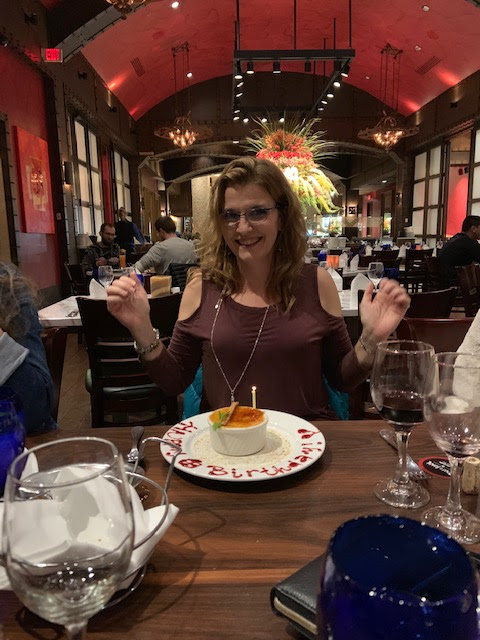 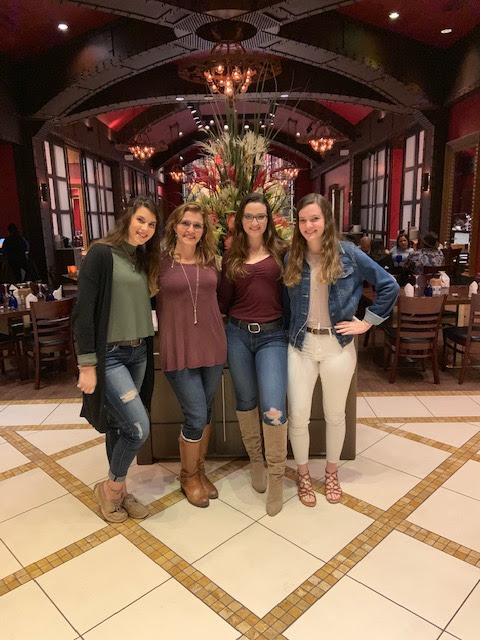 They had a large salad/sides bar that had many different items including sushi.  Then, they had mashed potatoes and fried plantains on your table. 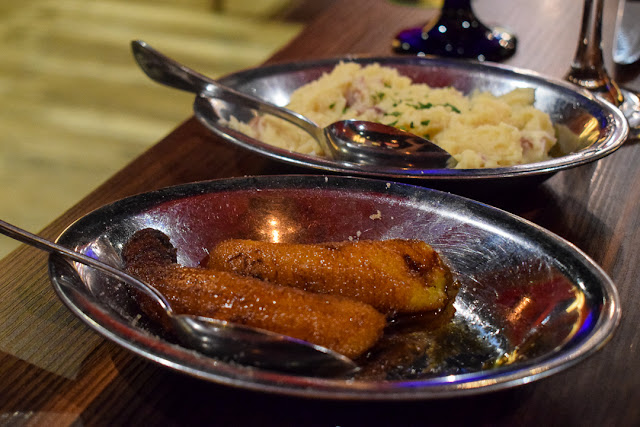 I think I tried all of the meats and I believe they would have been very good had they not been so over-seasoned and especially salty – I think the mashed potatoes may have been the best thing I ate and I would not go back, especially at the $45/person price - not even at $15/person.  But everyone seemed to have a fine time and Kathy enjoyed her BD dinner, which is the important thing.