Our neighbors from home are bike riders and brought theirs on this trip so they could ride the 109 mile long Mickelson Trail which is the old roadbed for the Burlington Northern railroad that ran from Edgemont to Deadwood, SD.  After talking with a local, they decided to begin at the Dumont trail head and ride to Deadwood, which is mostly downhill.  Here they are ready to mount up for this 16 mile leg. 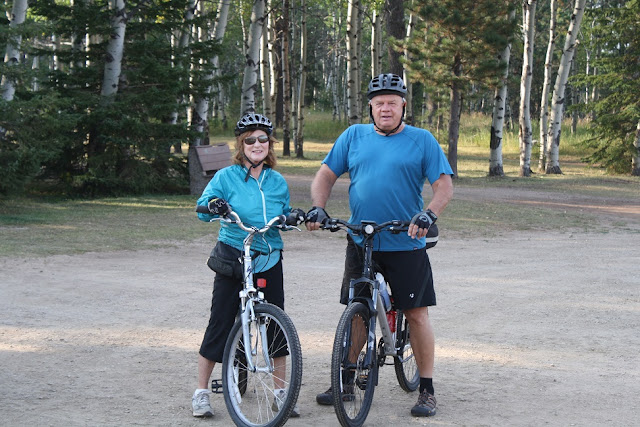 After dropping them off at the trail head, I returned to the RV, picked up the girls, and we headed for Deadwood (about 8 miles) for some exploring.  We started on the lower end of town which was the rough area (or likely rougher area) back in the day and called the Badlands. 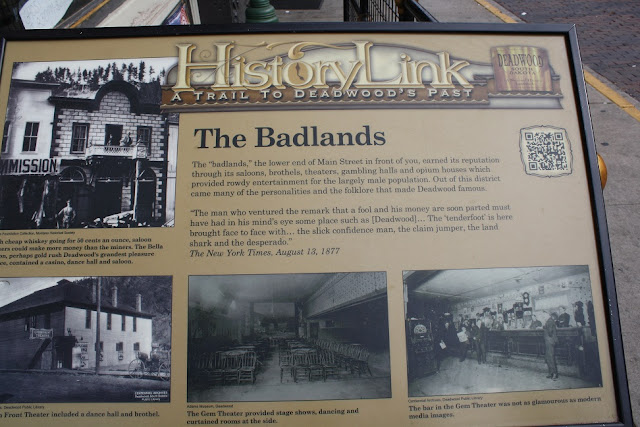 The first stop was the Wild Bill Bar  which was said to be located on the same site as the place in which Wild Bill was killed - the saloon number 10 later reopened further up town after a fire. 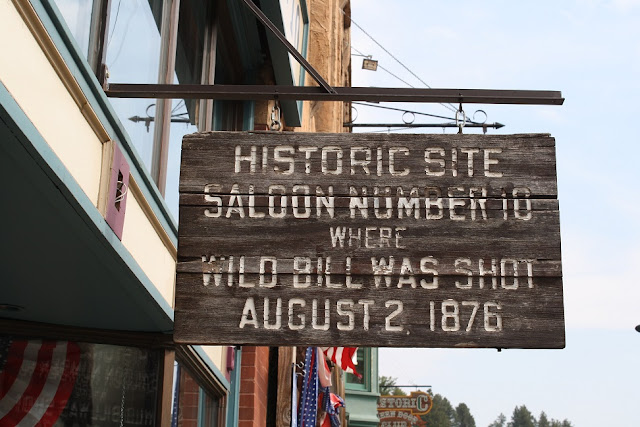 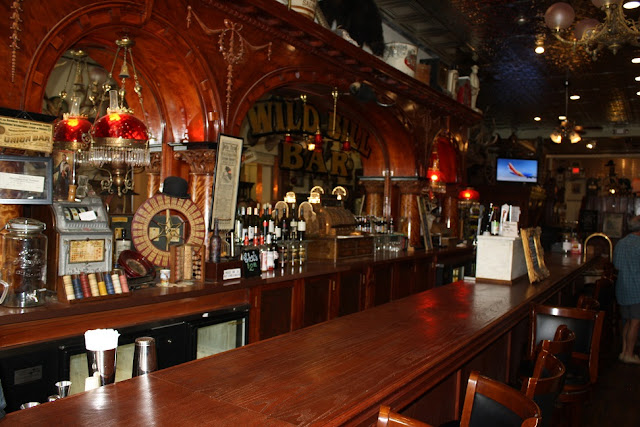 I have been watching the HBO series Deadwood and it had me wanting to explore more of the places in town than we had during two previous quick visits.  This is a shot up the street. 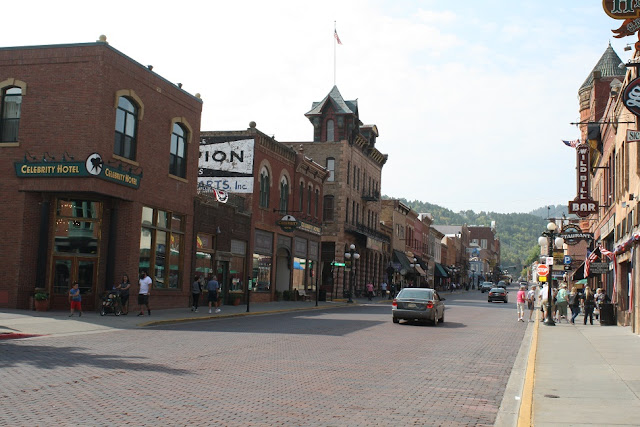 After a few other stops in town, Pat and Steve showed up from their ride and on the advice of a local, we headed  just down the street to the Eagle Bar for lunch.  Their menu is mostly burgers with a couple of other items – Steve and I had a burger, my girls split a huge codfish sandwich and Pat L had a grilled cheese.  My meal and a group shot thanks to a nice lady. 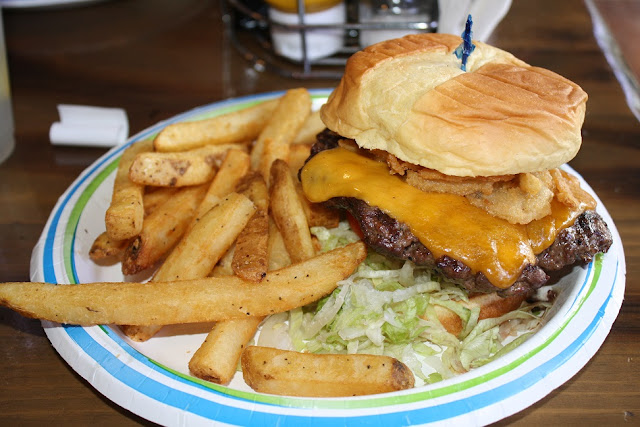 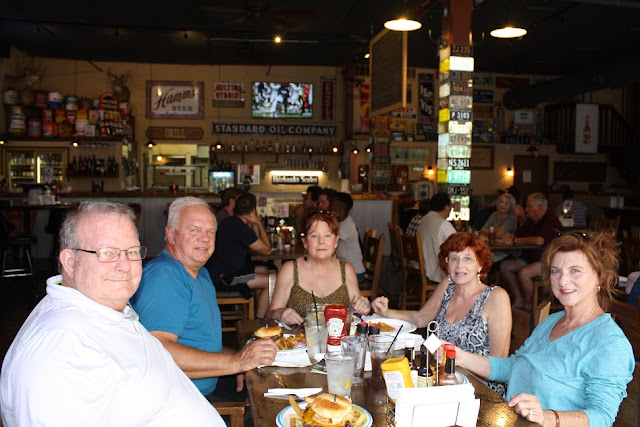 While it turned out to have some low ratings on Trip Advisor, my garlic-something-or-other burger was great.  This half pound burger was cooked over charcoal or open flame and it was all a mere mortal could eat.  And to make the meal even better, their hand cut fries were some of the best I’ve eaten.  While I would never order a fish in serious red meat country, Bev said their sandwich was good.

After lunch, the bikers decided to tackle some more of the trail and they rode the section from Dumont to Mystic (another 18 miles) where we picked them up a little late after getting lost on the back country gravel roads.

Monday was Sturgis day and so it consisted of a little shopping and a good lunch.  Since we were a month past the Sturgis Rally date, many of the businesses had shut down for the season, but there were still a few clothes shops open – Bev bought me a couple of shirts. 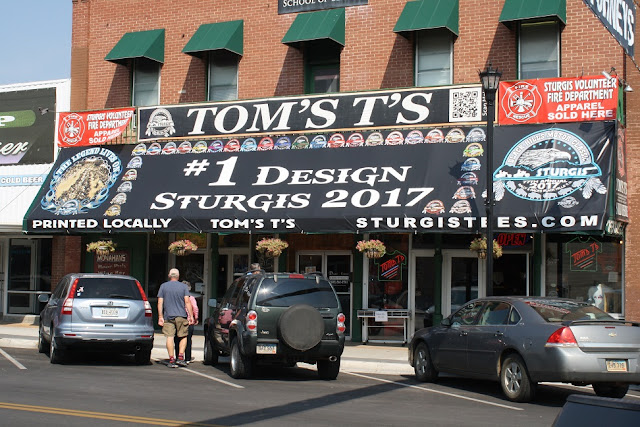 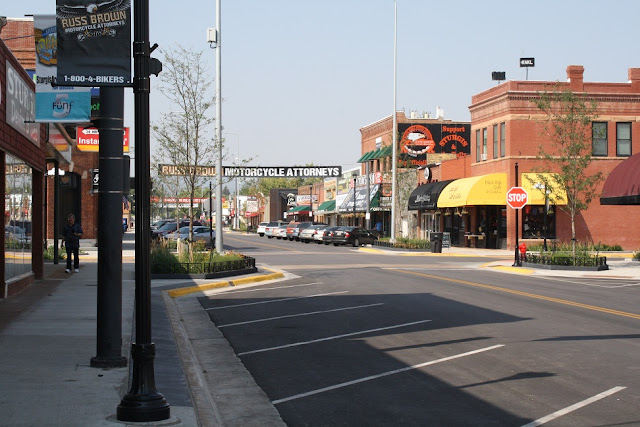 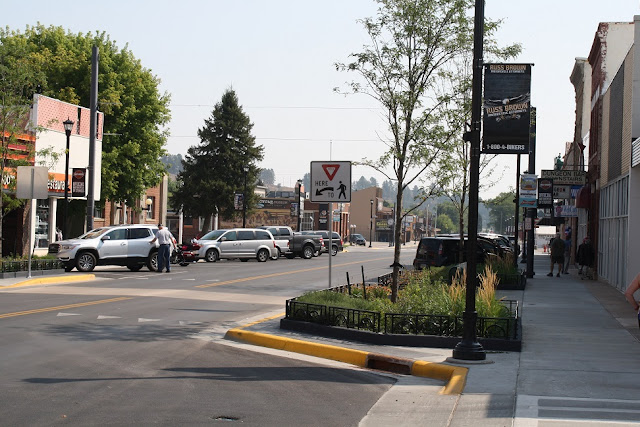 For comparison, this is a shot from rally week. 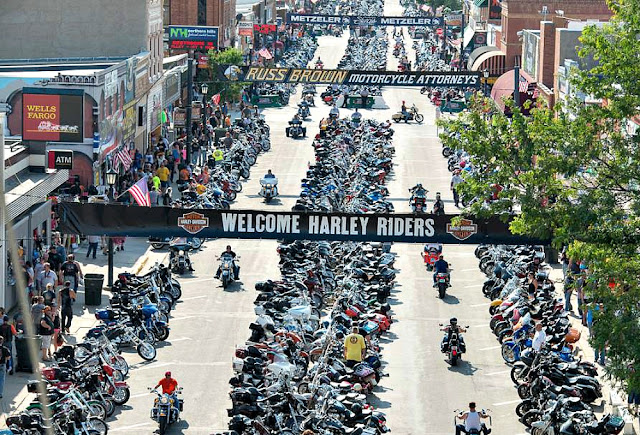 Not many cars and only a couple of motorcycles on the street this day but they are getting ready for their next event. 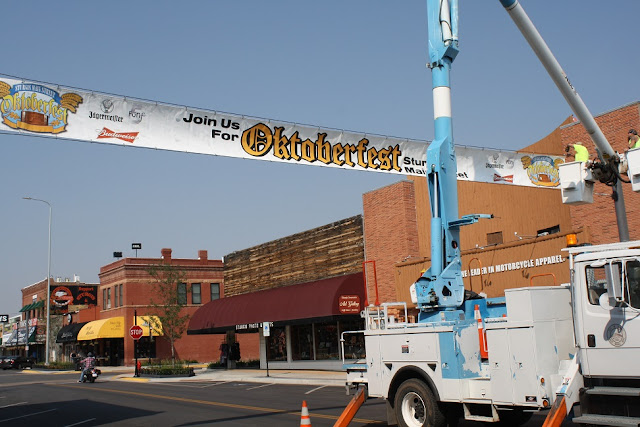 Will someone please tell me what is a motorcyle attorney. 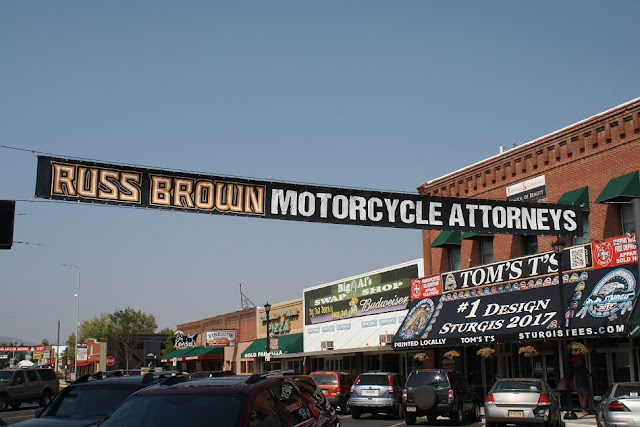 For lunch, the Knuckle Saloon was recommended by a local and it turned out to be a good one.  Like several other places, the Knuckle is huge and a full city block long.  They are known for their beef tips and I had a bowl of salad with fried tips and they were very good. 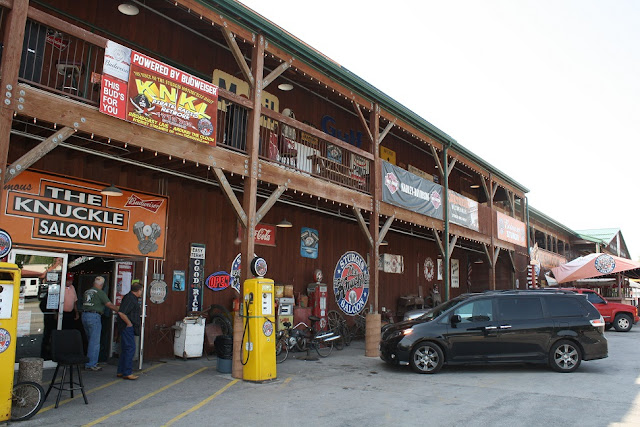 After lunch we headed to Spearfish for a visit to The Butcher Shop to check out their steaks and sausages and ended up buying a couple of nice steaks and some summer sausage.  I'm pretty sure all of their beef comes from local herds. 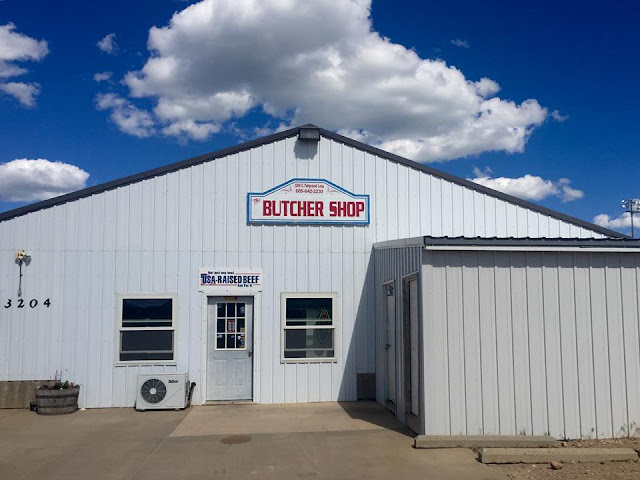 Photos can be enlarged by clicking on them and blue words are links.