After our rest day in Platte City, MO (I can only drive two days in a row without getting tired and ornery) we headed further north and a little west to Salem, SD on day four.  It was another 375 mile drive mostly north on I-29 from Platte City, MO to Sioux Falls, SD then about 35 miles west on I-90 to our campground near Salem, SD.  I-29 in MO was okay but IA had some new concrete sections and some really bad sections, especially just north of Council Bluffs.  As always the SD roads were good.

We spent the night at Camp America Campground and after setting up realized we had been there before (in 2013), but I did not remember it when I was planning this trip – likely because we were having some new coach issues the last time.  It is a nice little place and obviously set up for overnight travelers as it is in the middle of nowhere. 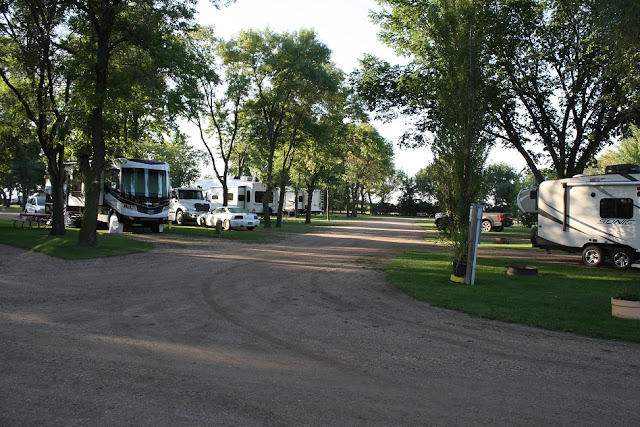 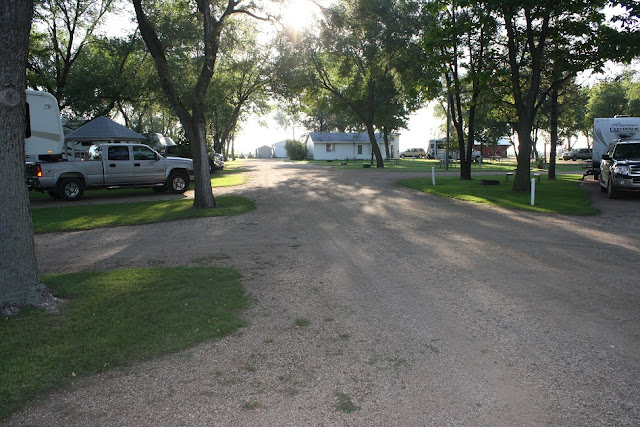 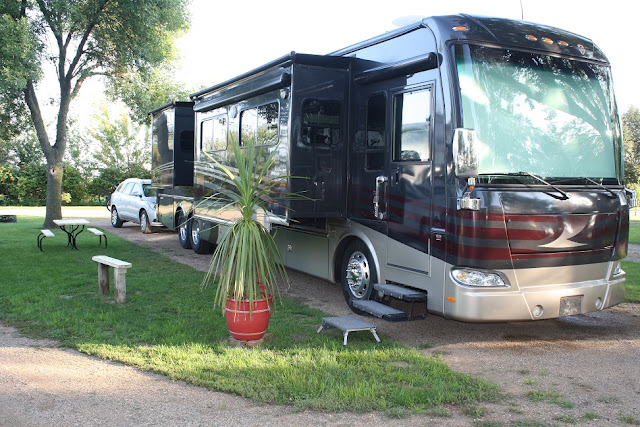 Day five was a nice uneventful drive across SD on I-90 which is still in good shape and being replaced with new concrete in a couple of places.  We pulled into Elkhorn Ridge Resort mid-afternoon and got set up in our end site number 99. 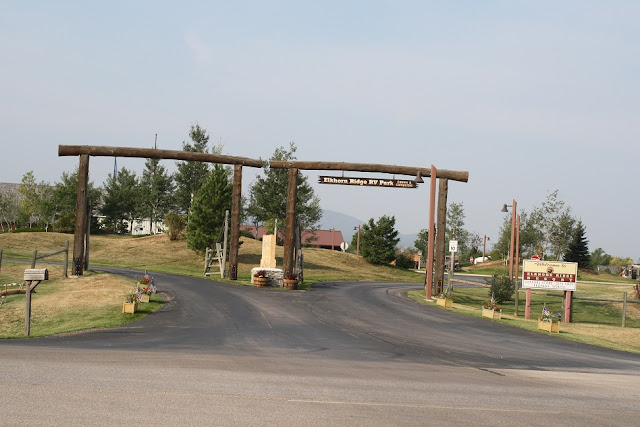 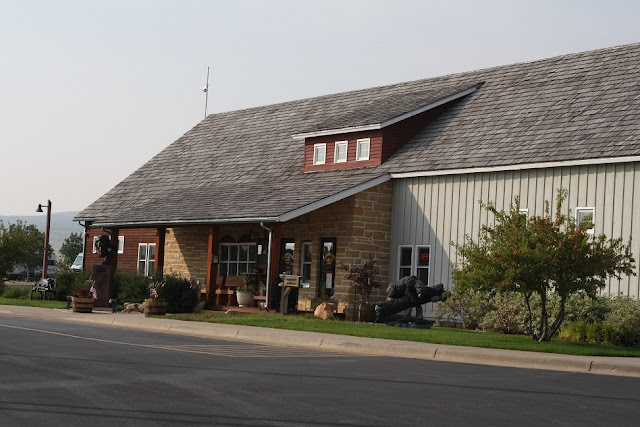 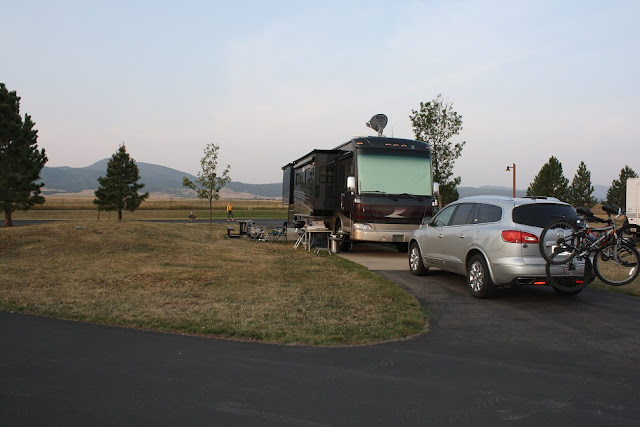 This is a legitimate resort with 186 nice RV sites, 36 cabins, an 18 hole golf course plus tennis, Frisbee disc golf, basketball, volleyball, and playground.  They also have a decent store.  The resort is located on Fawley Ranch and per Wikipedia –Wikipedia “The Frawley Ranch is an historic ranch in Lawrence County, South Dakota, near Spearfish, South Dakota. Henry Frawley developed what became the largest and most successful cattle ranch in western South Dakota by purchasing lands that had failed as smaller homesteading parcels. The property was declared a National Historic Landmark in 1977.”

While we were in eastern SD, we experience cool temps but when we got here it was in the high 80’s with lots of wind – rocked the coach a little but fortunately not blowing in the forest fire smoke for now. 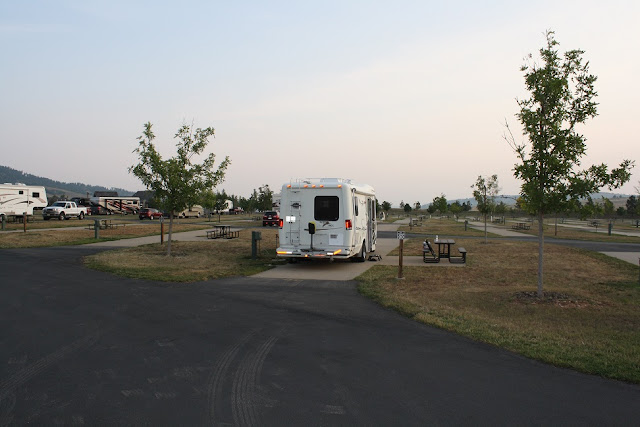 I had not mentioned it before but our neighbors, Pat & Steve, are making part of the trip with us and they were set up in the park when we got here but off on a motorcycle ride.  They have a class C Born Free coach on which they haul their motorcycle and we brought their bicycles on the back of our car.

As is usually the case, after a couple of driving days, especially these longer ones, I’m ready for a down day so while the others went off to Spearfish to hit the farmers market, do some grocery shopping and go to lunch, I dog sat and watched college football.  It was nice to have both cable and satellite as we got the network cannels as well as Direct TV.

Please tune back in as we experience the South Dakota Black Hills for the next couple of weeks.