Our Texas (Roden’s) and Illinois (Doolittle’s) families came in for their annual lake visit and they were joined by two of the Walker (South Carolina) kids and the two older grandkid’s boy friend’s for a total of nine kids ages 10 thru 20 and three adults – had Madison been able to come, all eight of the grands would have been together for the first time in I can’t remember when.  All twelve of them slept here along with Cindy and us so we had the RV and beds full plus several on couches and recliners but they found a way to make it work.

In addition to being with each other, the main purpose of the visit is to play at the lake, especially riding a tube behind the jet ski.  Here are some shots of them in action. 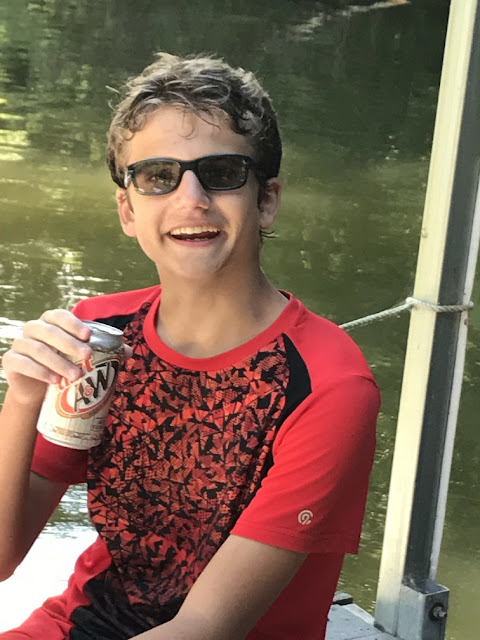 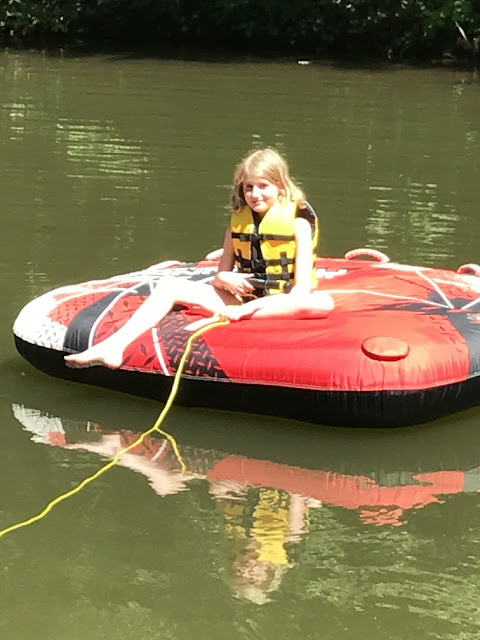 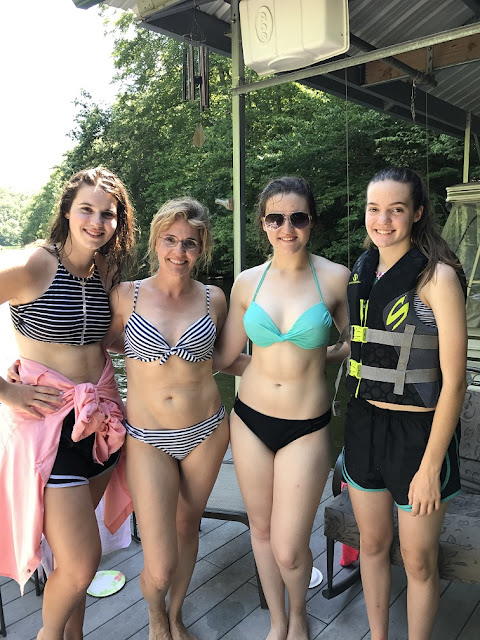 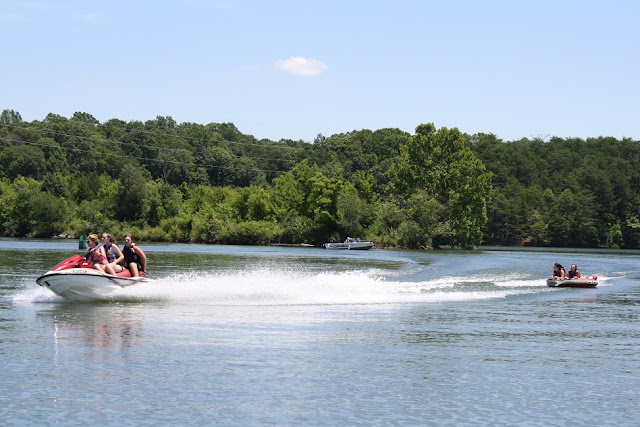 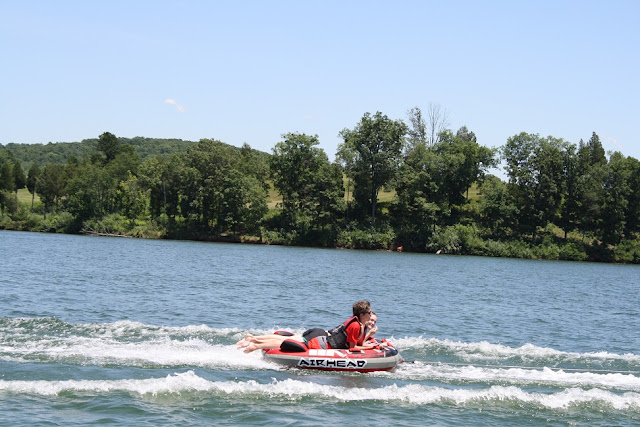 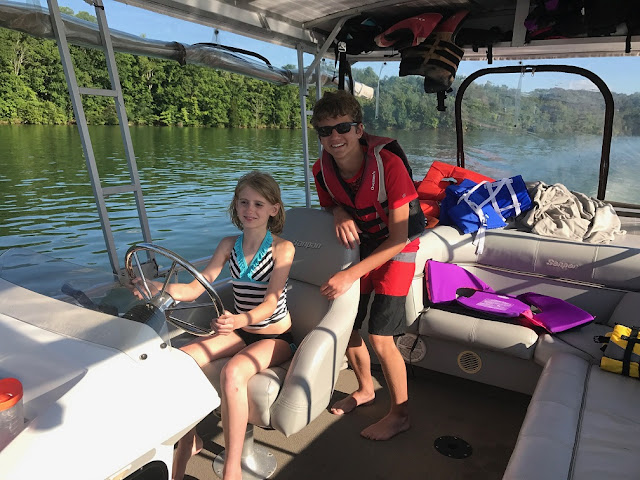 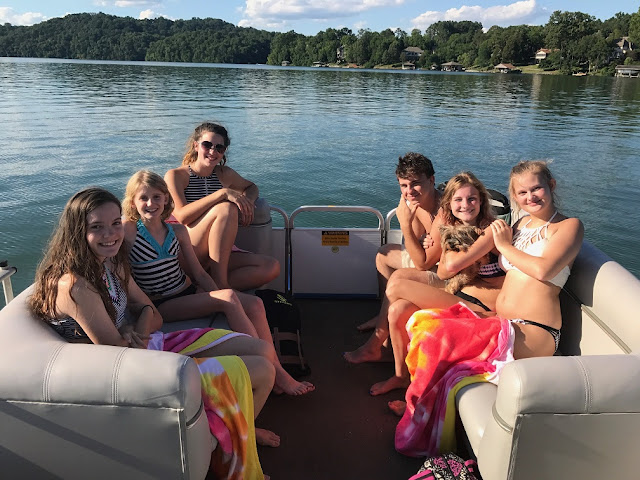 After a day one of playing on the lake, we had a one pot meal planned for supper and between those staying with us and other family, friends, and neighbors, we ended up with 23 folks on the dock for dinner.  When I’ve cooked low country boil in the past, I’ve always had lots of leftovers so I scaled it back in hopes of having just a little more than enough food.

NOTE: My cooking method was modified as I didn’t have a large enough basket in my pot to cook everything so I first cooked the potatoes and sausage for about 20 minutes (checked the doneness with a fork) then dumped them from the basket into another pre-warmed pot with a lid.  Then I added the corn to the cooking liquid for about 8 minutes and added it to the other pot.  Finally I added the shrimp to the liquid, covered, and turned off the pot for about 5 minutes of soaking.  This is me hard at work watching the pot boil along with my buddy Joe, the grands and a boy friend. 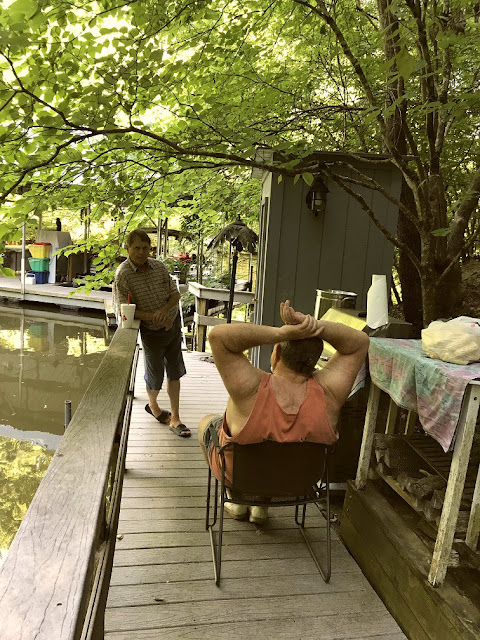 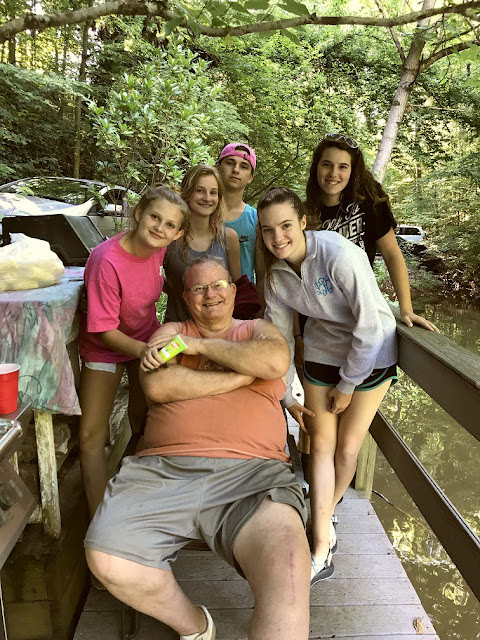 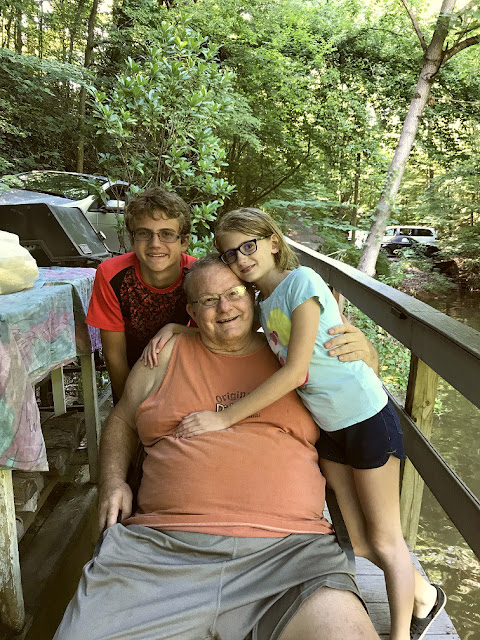 Between the long table, the bar table, and the boat, we had plenty of seats so we covered the two tables with butcher paper (waxy side down) and dumped the food in front of the eaters, including enough on the bar table for those eating on the boat.  We had cups of cocktail sauce that could be poured onto the paper if folks wanted to dip their food. 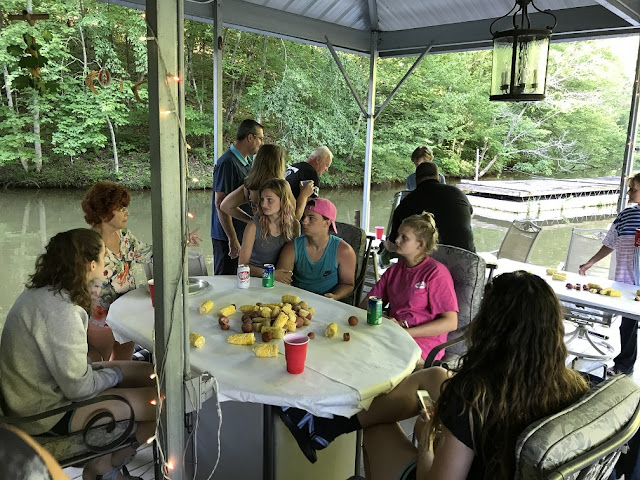 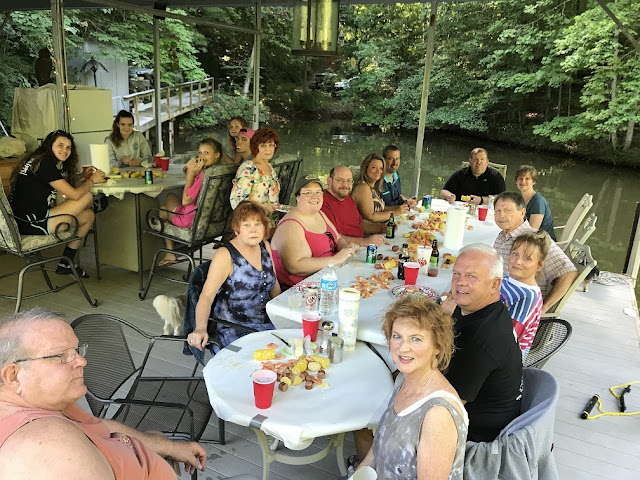 It was a big hit as usual for this meal and a couple of changes I would make is get one ear of corn per person (our diners increased after we bought the corn) but this was the right amounts otherwise as we had less than a quart bag of leftovers.  One of the things I really like about this meal is that it is normally one pot, uses no silverware or plates, as it was eaten from the paper as finger food, and clean-up was just folding the debris up inside the paper and tossing in the trash can.

After dinner we had a 3 hour Karaoke party – next post.