I had a craving for chicken thighs so I picked up a package during a recent store visit and I had saved this recipe from Coupon Cravings which sounded very good, so I decided to marry them and just substitute chicken for the pork chops.

Instructions:
1. Brown the pork chops on both sides in the oil in a pan and drain on paper towels.
2. Combine all other ingredients (hash browns last) and spread in a 9x13 baking dish.
3. Top with browned chicken (mine could have cooked a little longer). 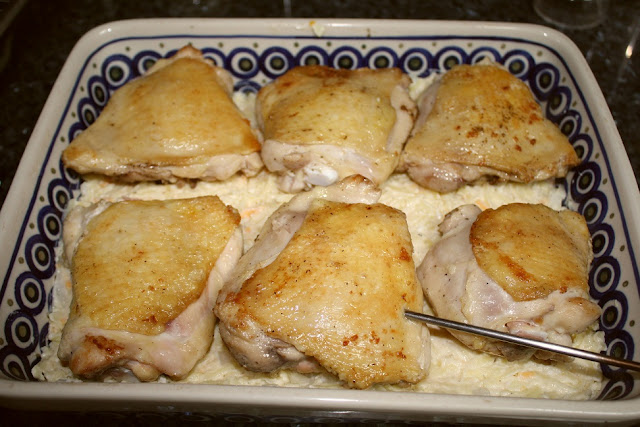 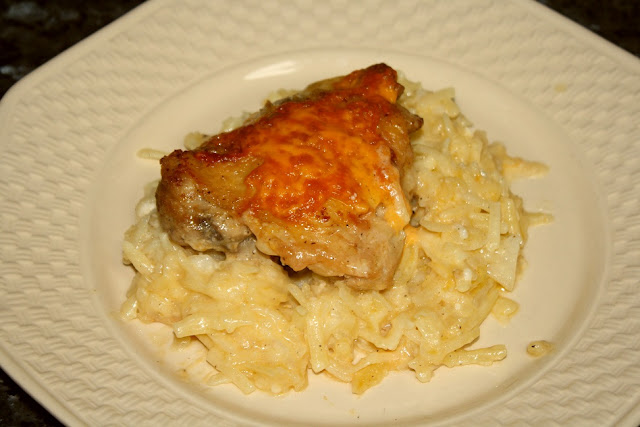 We thought it was a delicious meal, especially the potatoes, but they were a little salty so maybe use less salt, then add more after plating if needed.  We also thought boneless thighs would work better as they are easier to eat with a knife and fork.  I will definitely make it again with either chicken or pork.  No pic but the leftover potatoes were awesome topped with fried eggs (big surprise huh?).

Pat was over for breakfast the next morning and Bev decided to make her favorite French Toast - she nearly always orders it when we travel.  We had some cinnamon swirl bread and Bev had bought some peaches and blackberries.

For the egg mixture:

Cook everything over medium heat until the fruit is hot and the sauce is thickened a little.

When the sauce is done, dip bread slices into the batter for several seconds then cook in butter until browned on both sides. 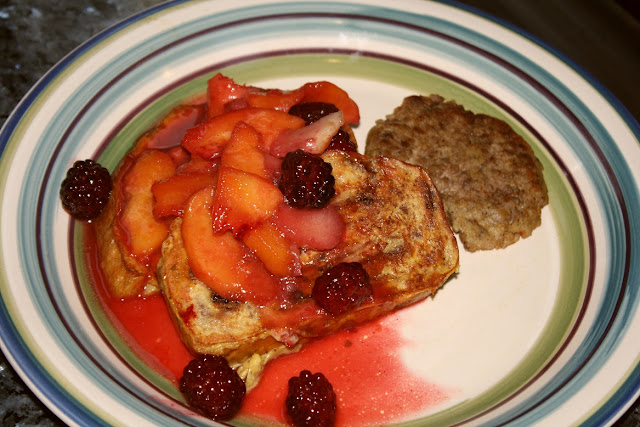 We sided it with a piece of breakfast sausage (pork and syrup go so well together).  It was very good and a great way to begin the day.  These berries were a little tart so next time we may sugar them a little the day before.