Thursday was an on-your-own-day and Bev and I decided to make it a wine day as the Yadkin Valley has a blooming winery industry.

We began downtown at a wine shop called Uncorked In Mayberry, which we thought was a tasting room for multiple wineries but it turned out to be a wine shop and bar where you could buy glasses or bottles of wine from several local wineries as well as beer. 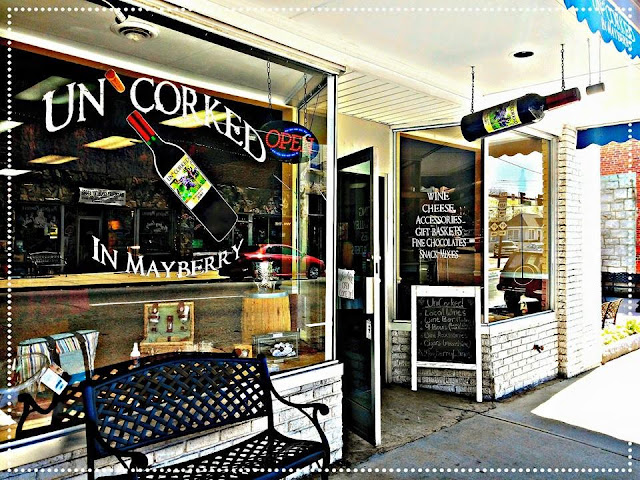 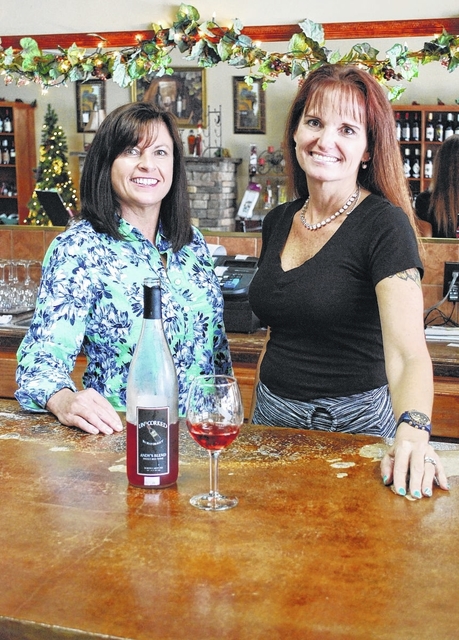 We struck up a conversation with owner, Sandra (left in above shot), and she offered to let us taste anything she had open.  We enjoyed talking with her and ended up staying a couple of hours drinking the bottle of Riesling we bought and discussing everything from Mt. Airy to religion – not sure how we got there.

Later we went a couple of miles south of the campground to Herrera Vineyards which also is a restaurant.  The vineyards, landscaping and building are all very impressive and it is obvious there is some money behind the place. 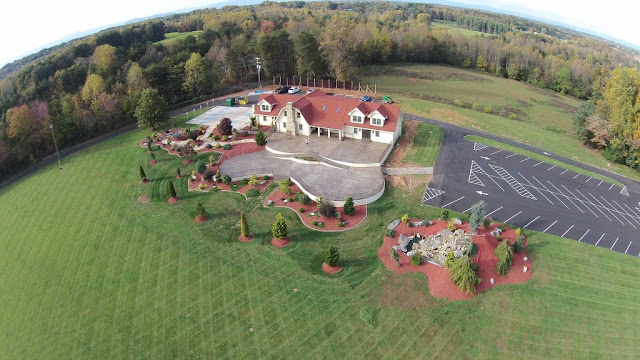 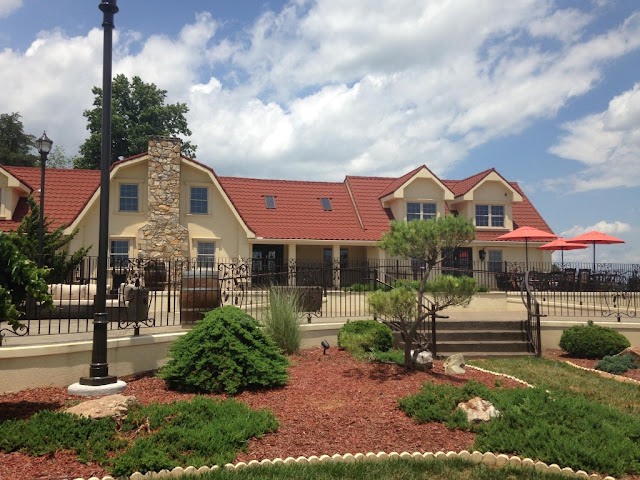 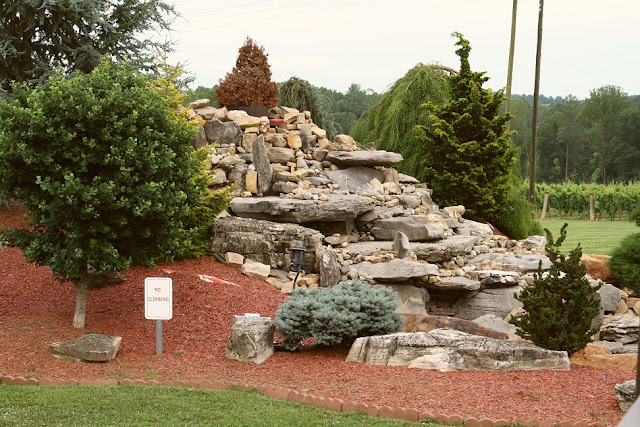 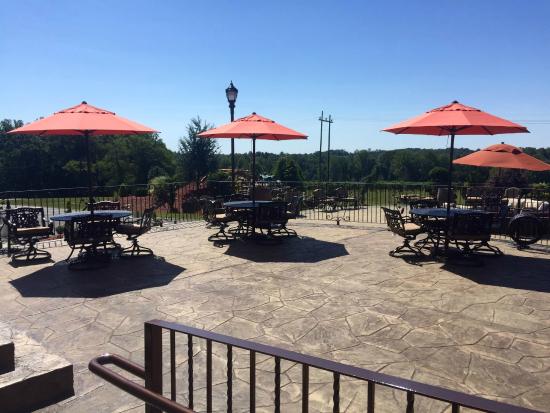 The tasting is actually done in the restaurant bar and conducted by the knowledgeable bar tender. 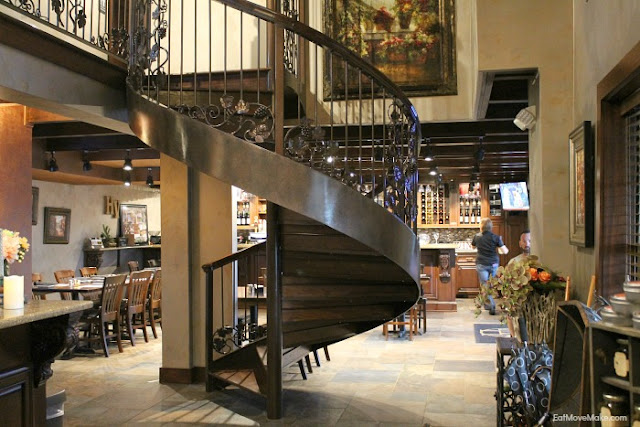 We liked their wine and brought home several bottles – especially the Red Muscadine for summer sipping.

The plan was to attend a live music concert that night in the downtown amphitheater but a light drizzle kept us piled up in the RV and recovering from a hard day of wine tasting.

We came home on Friday to prepare for Saturday when 12 overnight guests (more about that later) show up for the week.  The drive was uneventful but the traffic was pretty heavy once we got on I-81.  I had mentioned earlier that the grade over the Blue Ridge on I-77 was not very steep as evidenced that I went up it at 50 mph.