If you followed along during this summers Colorado trip, you may recall my computer crashed so I was missing some posts that I had already writtren up.  My buddy Joe has recoved the info from the old computer hard drive and I wanted to go ahead and post these for documentation sake - I'll leave them up for a couple of days then put them back in the correct order - this is first of three.

For our final three days in the Montrose area, we had two things on the agenda – visit Telluride and go to Paonia for some Big B’s Hard Cider and based upon the weather, we opted to do the later on Thursday.  But before we headed out we fixed a little something for breakfast – French Toast made with cinnamon bread from a local bakery, fried in butter, and topped with some local peaches that were cooked in brown sugar and butter to make a peachy sauce. 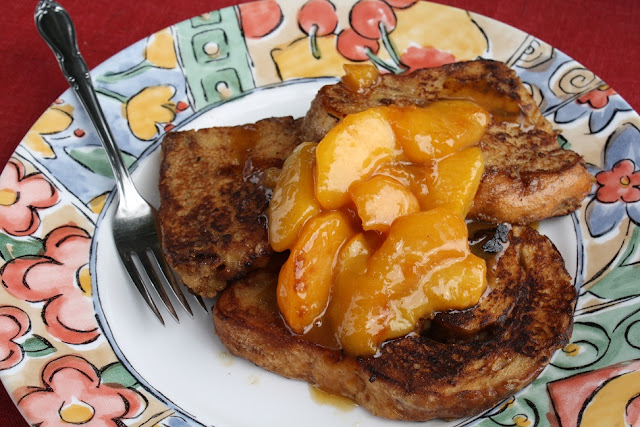 What a delicious way to start our day.

I looked at the map and it looked like it was about the same distance to Paonia if we went US-50 to Cimarron then north on CO-92 or US-50 up to Delta then east on CO-92.  Had I blown up the map and looked a little closer, I would have seen that CO-92 didn’t go north from Cimarron but rather began about 25 miles further east where it crossed the Gunnison River on Blue Mesa Dam then came back those same 25 miles on a curvy mountain road to just north of Cimarron before turning north.

So this direction was about 100 miles rather than 50 the other way but we did get to see some impressive scenery and it would have been spectacular were it not rainy.  The great views began with crossing the dam for Blue Mesa Reservoir – here’s a quote from Wikipedia – “Blue Mesa Reservoir (elevation 7,519 feet (2,292 m)) is the largest body of water entirely in Colorado. Created by Blue Mesa Dam, Blue Mesa Reservoir is 20 miles (32 km) long, has 96 miles (154 km) of shoreline, and is the largest lake trout and Kokanee salmon fishery in Colorado. Blue Mesa Dam was completed in 1965 and was the first large dam built along the Gunnison River.”

Here are a shot from the web and my pic from the top of the dam. 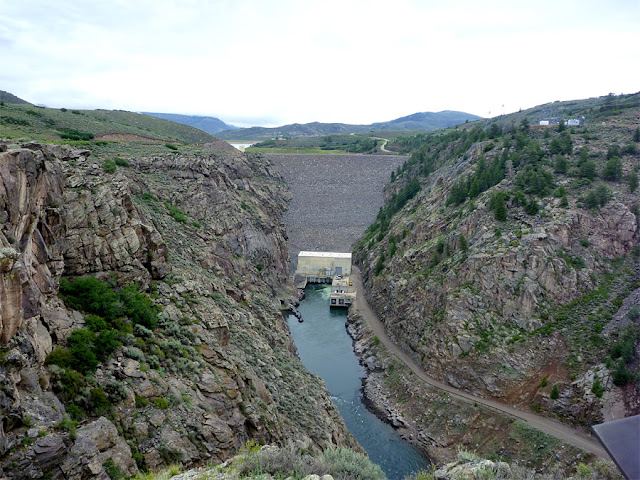 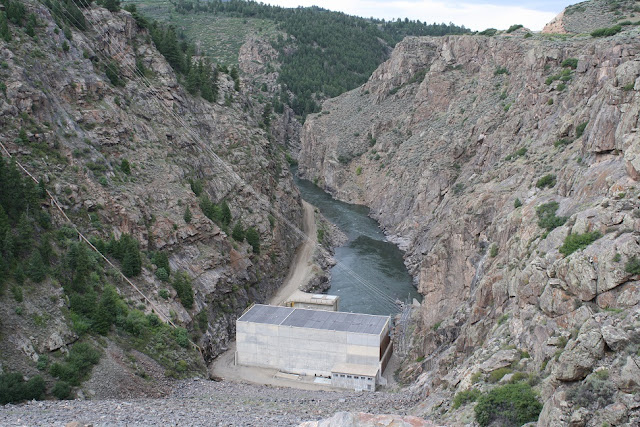 After getting on the other side of the river, I understood why the road did not go north from Cimarron as it would have required a huge bridge across the Gunnison River Canyon for a lightly traveled road.  Here are a couple shots of the high pasture – one with mule deer. 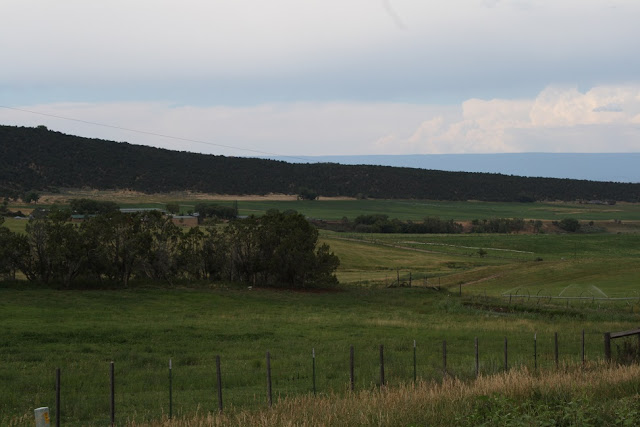 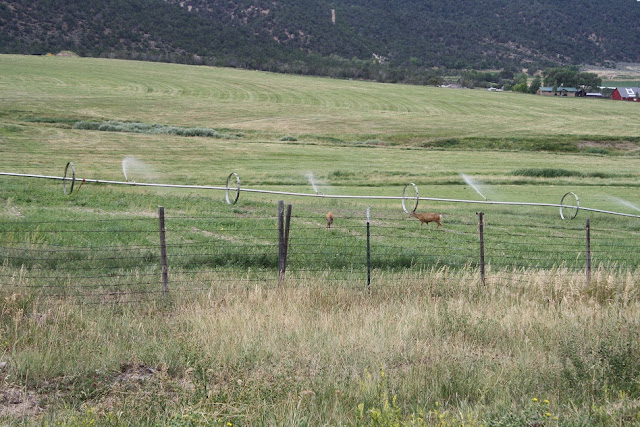 We arrived at Delicious Orchards which is the retail outlet and tasting room for Big B’s cider and juices and located beside the orchards. 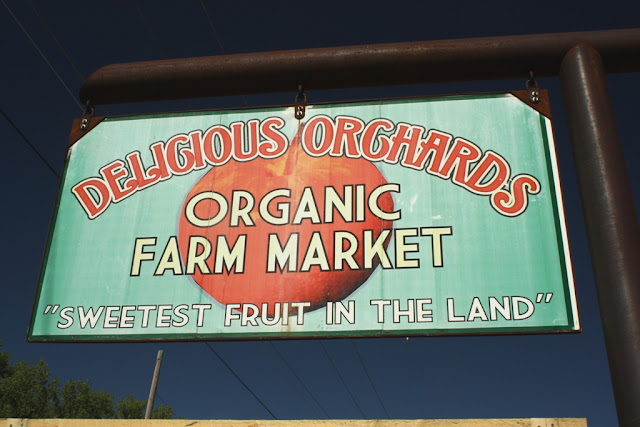 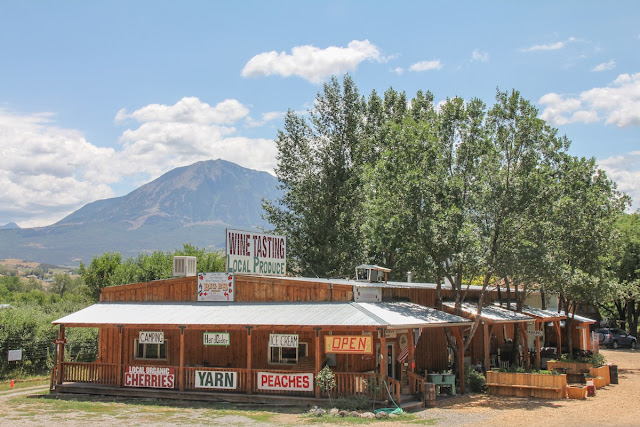 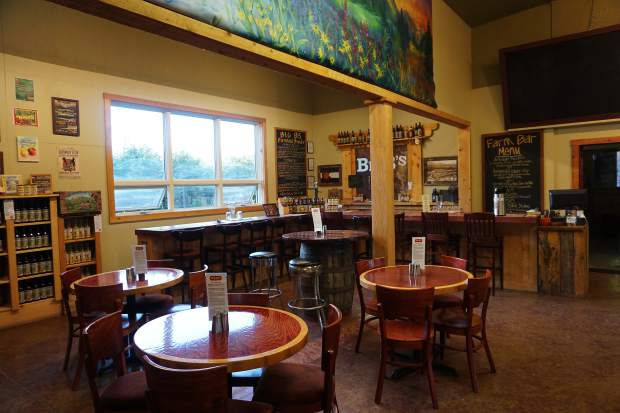 The next day we made the 60 mile drive over to Telluride to visit a place I always wanted to ski but never got there.  Like many Colorado towns, Telluride began as a mining town and that was the only industry until the first ski lift went in in 1972.  Back in our skiing days it was Colorado’s best kept secret, but it has definitely been discovered as evidenced by the crowded streets, booming economy, prices, construction activities, and influx of the rich and famous.The first stop was the farmers market followed by a tour around town in a light mist. 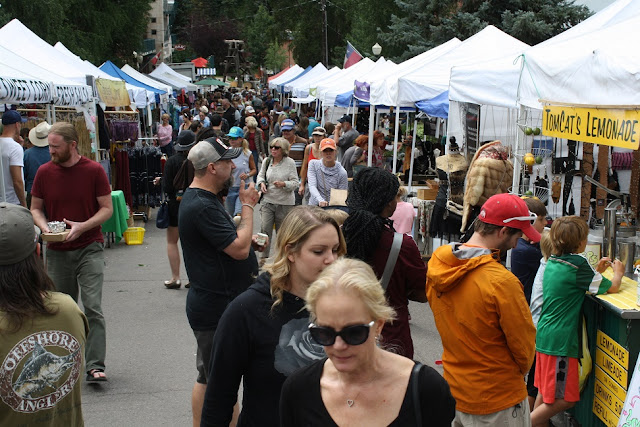 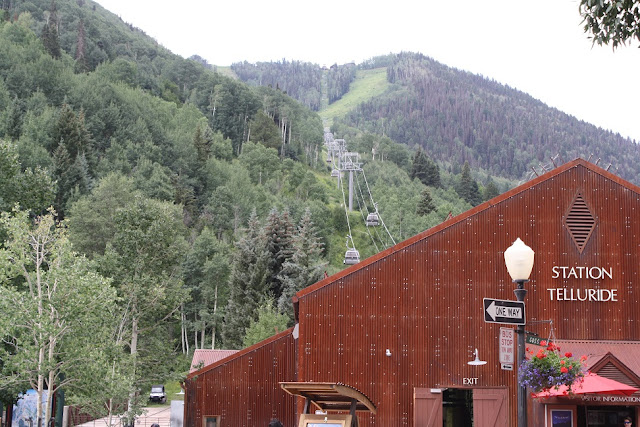 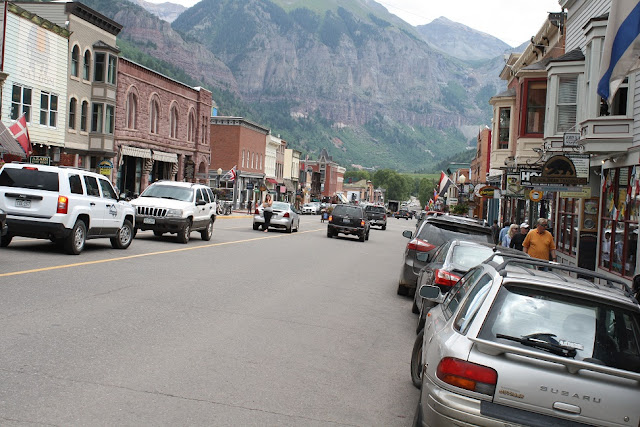 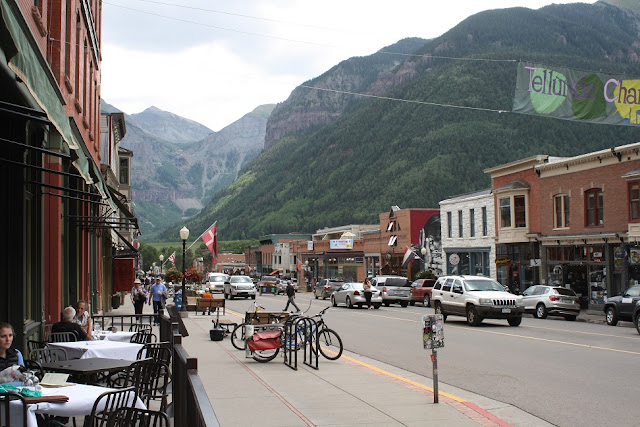 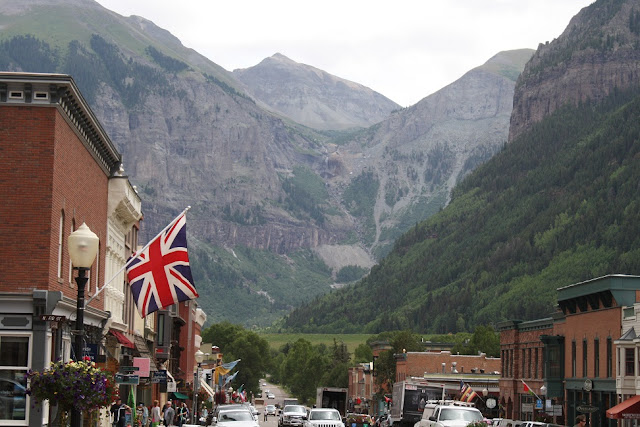 The famous Bridal Veil Falls is at the end on the canyon and is the tallest in CO at 365 feet - note the house. 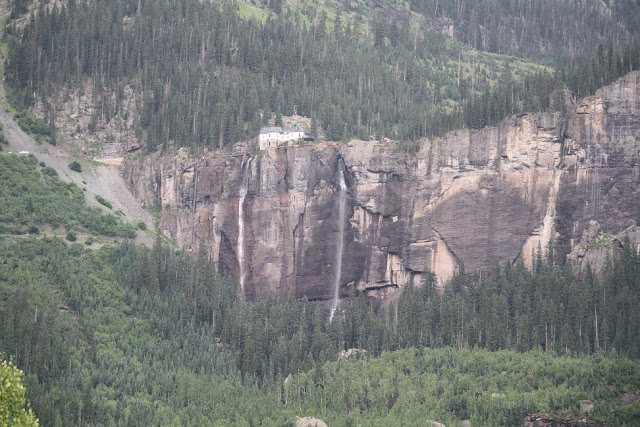 Finally a shot of the typical nice home on the mountain near the ski slopes. 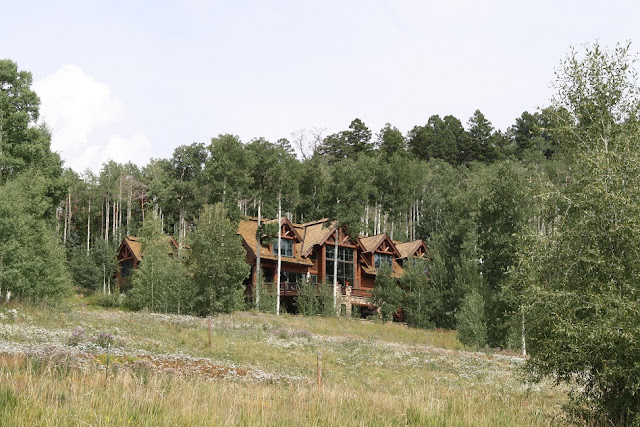 We ate lunch in Telluride but it was too disappointing to write about.  It was definitely an interesting town and worth the drive and a visit.  I can imagine how great it would have been to ski there 30 years ago before it had been discovered.