When I think of Colorado, it is generally in terms of the Rocky Mountains, snow, and skiing and not the agricultural areas on both sides of them.  The part of the state on the west side is known as the Western Slope and it is semi-arid without unusually cold temperatures and so they are even able to grow peaches.  One of the crops they are known for is sweet corn and the nearby town of Olathe has an annual corn festival - it was on our schedule for Saturday until the ladies read about it and decided there would not be much there for them.

So we went to Randy’s for breakfast (previous post) and after it settled, we headed out for a tour of another crop the area is known for - grapes, except they are generally served in the liquid form from a bottle.  I researched the wineries to pick out a few that made the wines we like and at prices we are willing to pay – I try to find those with a first price number of one, so the ones with a first number of three were immediately dismissed.

Since Bev is a red wine fan, our first stop was at Mesa Park Vineyards where only reds are made and where Chuck Price, the owner, manages the vineyards, makes the wine, and pours in the tasting room along with his capable assistant Mark.  Chuck advised he was hoping for a banner crop from his 10 acres this year. 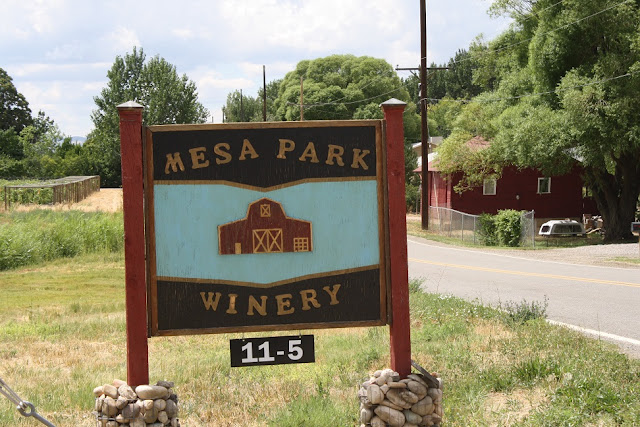 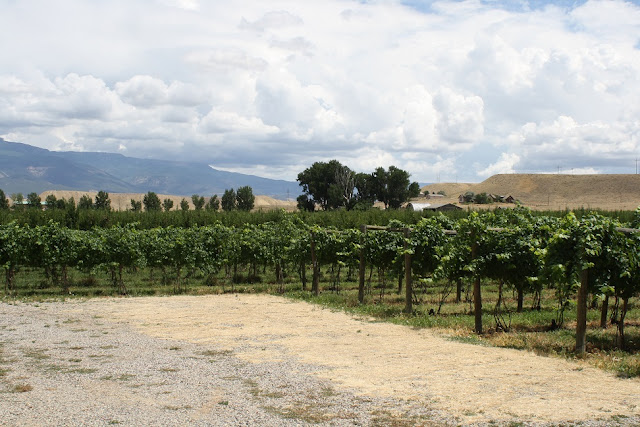 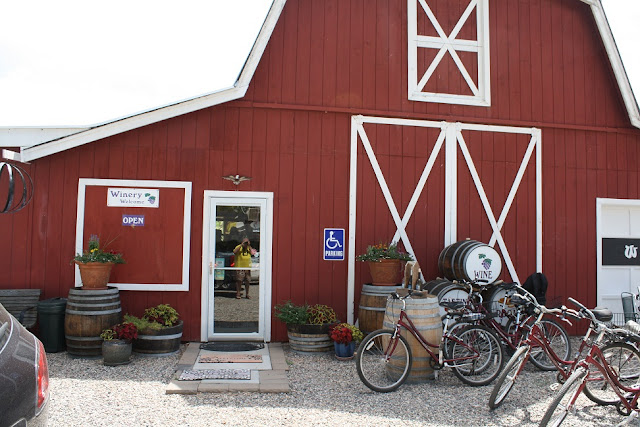 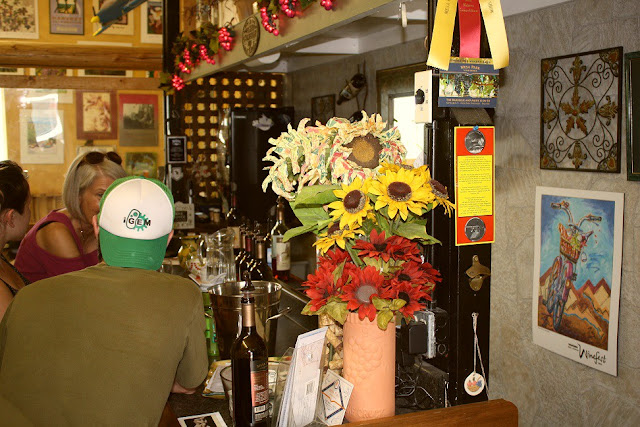 We enjoyed talking with them and liked (and purchased) several of the wines.

Next up was Colorado Cellars – per their website - “Colorado’s oldest, largest and most award-winning winery.” 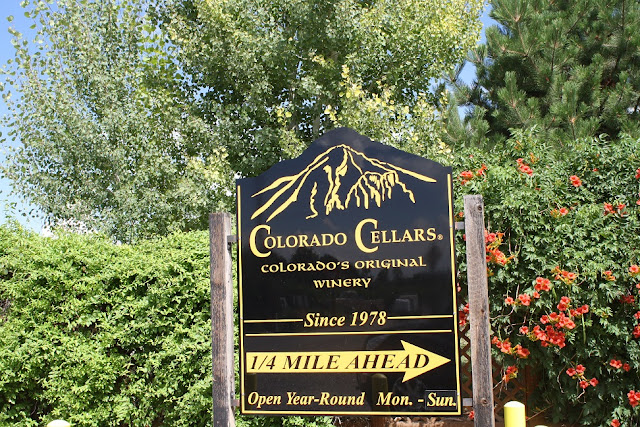 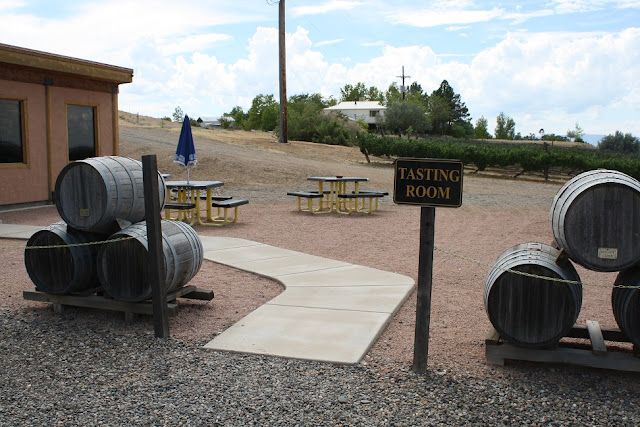 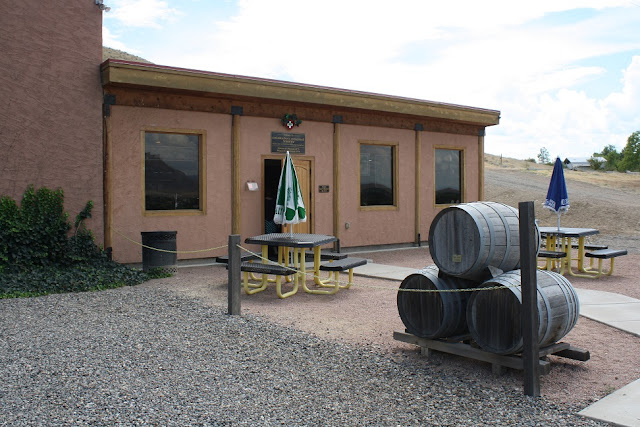 They produce everything from dry reds & whites, through semi and sweet grape wines and onto sweet fruit wines – I counted 23 on their website and they poured us a pinot noir which was not listed - but after last year's time in Oregon's Willamette Valley and their great pinot's, I knew this was not one. 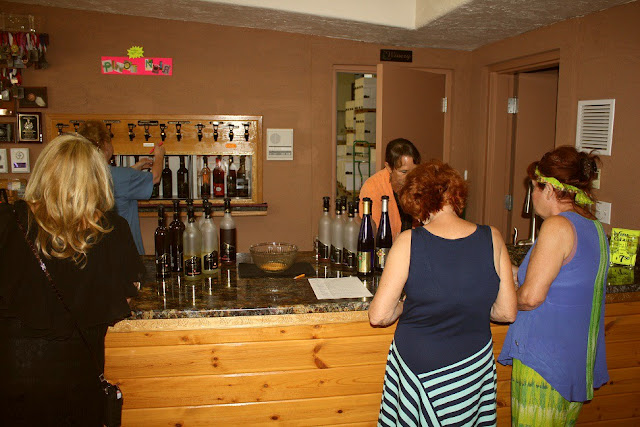 I really liked their pinot grigio and syrah – very fruity for a dry red and the ladies liked several others.  We ended up with about two cases from the two stops and still have a couple of more wineries to check out – gotta load up before we head up into the high country.
I’d say it was a fun day spent on the western slope.