After a day of jeeping we decided to stay close to home on Tuesday and run a few errands including a stop at a local meat processor that had been recommended by our campground neighbors.  Kinikin Processing is just that, a meat processing plant that also has a retail component where they sell fresh cut beef, pork, and lamb along with some finished products such as jerky and summer sausage.

We ended up buying beef and elk summer sausage, bacon, bacon hamburger, and some dog burgers for our four legged guys.  I would like to have bought some steaks but $20/pound for T-bone is more than I was willing to pay – but I may have to go back just to try some.

From there we went down on Main Street to the Daily Bread Bakery and Café. 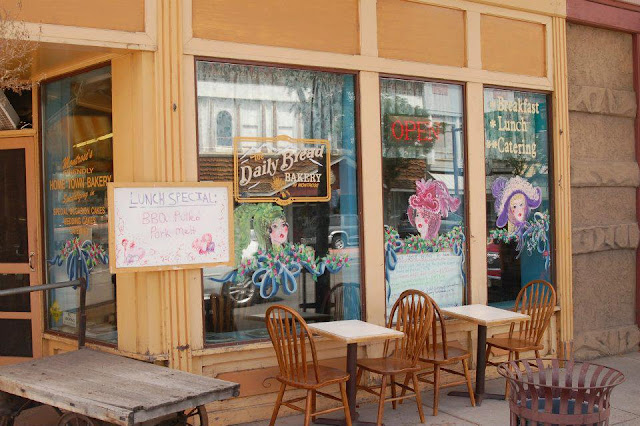 We got there pretty late in the day so the pickins were pretty slim, but we did buy a loaf of cinnamon bread and a loaf of sour dough.

The plan was to drive over to Telluride on Wednesday but with a 70% chance of rain there, we decided to once again stay close and the girls went shopping while I dog sat, peeled shrimp for pickling, and made supper – some days I like to just not go anywhere.  For supper, we opted for the burgers from Kinikin and some cheesy potatoes, and onions in foil cooked on the Jumbo Joe charcoal grill - delicious. 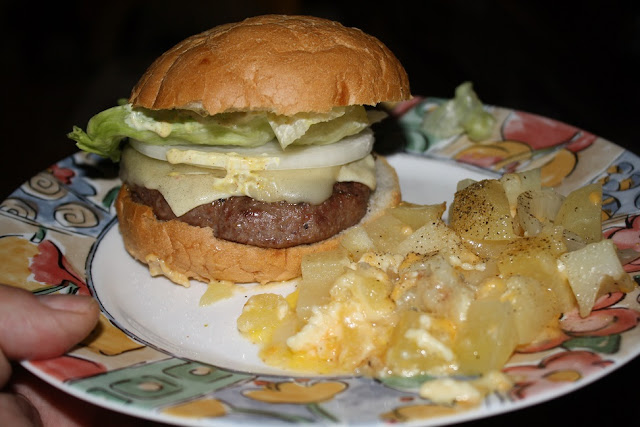