We have a fridge jammed full of leftovers and need to be about eating them, so our Tuesday meals continued Mondays desire to eat them up and not not cook.  What we don't get to will be made into gourmet dog food.
Tuesday's breakfast was simple - a reheated twice baked potato topped with a fried egg – big surprise huh? Not only was it good, but it contained four of my five food groups – potato, cheese, bacon, and egg (I passed on the glass of wine - my fruit). 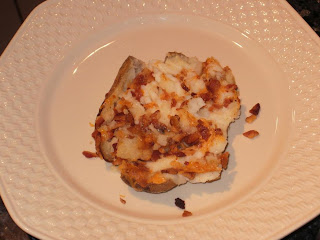 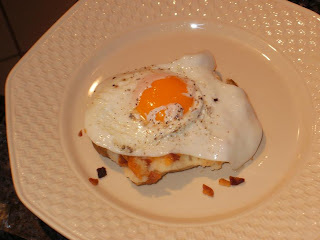 Bev went off to town today and left me on my own, so for lunch, it was leftover crappie, with a little Slap Ya Mama cajun seasoning added, reheated in the toaster oven to re-crisp it, then laid on a slice of lightly toasted homemade sourdough bread, topped with sliced smoked Tillamock cheddar and heated again to melt the cheese. 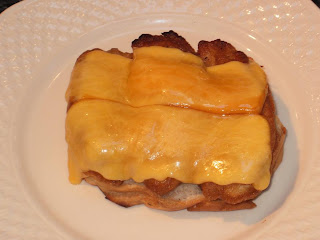 Then it was  Vickie’s fish taco sauce (I could eat this stuff with a spoon). 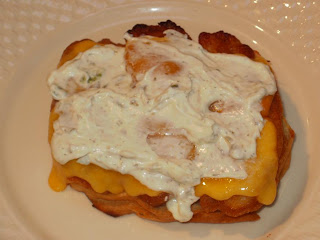 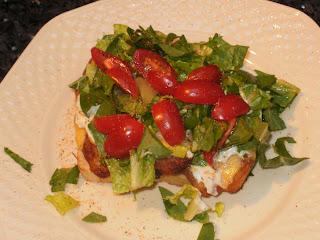 All I can say is, I wish I had more fish.

Supper was a bed of leftover lettuce and spinach, topped with thinly sliced and quickly sauteed  leftover Beef Wellington and bleu cheese dressing. Bev had this the night before, gave me a bite and I thought it was super good – beef filet, mushrooms, and bleu cheese dressing, how could it not be?  Of course the crust came off during handling - became a soft oddly shaped crouton. 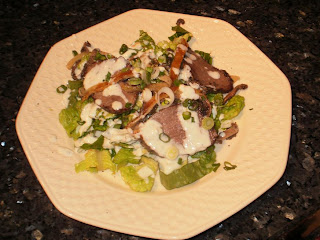 For leftovers and virtually no cooking we ate mighty fine at Almost Heaven South this day.